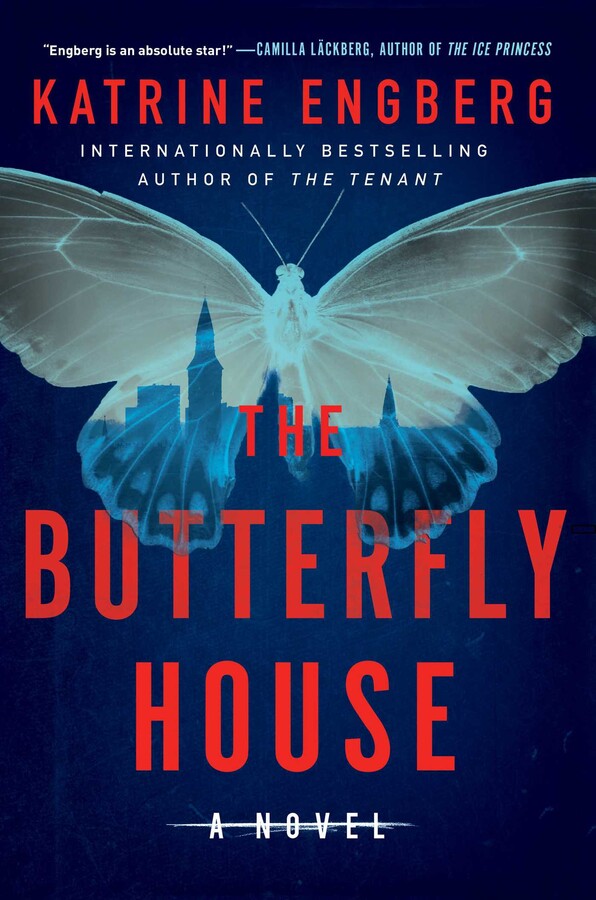 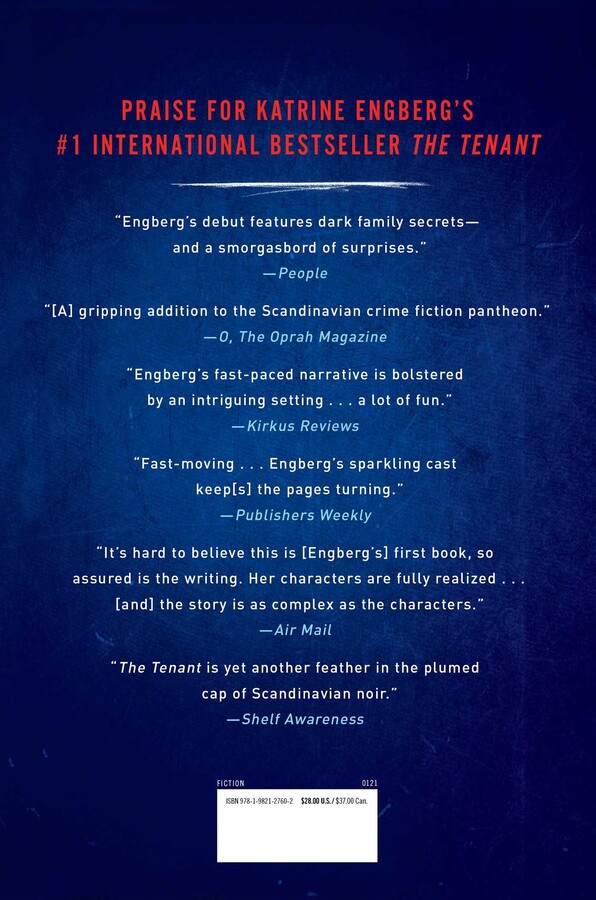 Detectives Jeppe Kørner and Anette Werner from the #1 international bestseller The Tenant—which New York Times bestselling author Kathy Reichs heralded as a “stunning debut”—return in this compulsively readable thriller as they race to solve a series of sordid murders linked to some of the most vulnerable patients in a Danish hospital.

Hospitals are supposed to be places of healing. But in the coronary care unit at one of Copenhagen’s leading medical centers, a nurse fills a syringe with an overdose of heart medication and stealthily enters the room of an older male patient.

Six days earlier, a paperboy on his route in central Copenhagen stumbles upon a macabre find: the naked body of a dead woman, lying in a fountain with arms marked with small incisions. Cause of death? Exsanguination—the draining of all the blood in her body.

Clearly, this is no ordinary murder. Lead Investigator Jeppe Kørner, recovering from a painful divorce and in the throes of a new relationship, takes on the investigation. His partner, Anette Werner, now on maternity leave after an unexpected pregnancy, is restless at home with a demanding newborn and an equally demanding husband. While Jeppe pounds the streets looking for answers, Anette decides to do a little freelance sleuthing. But operating on her own exposes her to dangers she can’t even begin to fathom.

As the investigation ventures into dark corners, it uncovers the ambition and greed that festers beneath the surface of caregiving institutions—all the more shocking for their depravity—and what Jeppe and Anette discover will turn their blood as cold as ice…. 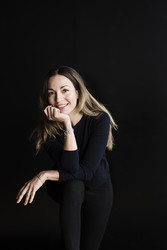 A former dancer and choreographer with a background in television and theater, Katrine Engberg launched a groundbreaking career as a novelist with the publication of her fiction debut, The Tenant. She is now one of the most widely read and beloved crime authors in Denmark, and her work has been sold in over twenty-five countries. She lives with her family in Copenhagen.

Praise for The Butterfly House

“A second engrossing piece of Nordic noir, after the best-selling The Tenant (2020), from Engberg, who brings skills acquired as a dancer and choreographer to her writing. There is not one misstep, not one moment or movement out of sync...Once again, Engberg’s two detectives are impeccably defined, especially postpartum Anette, and a host of supporting characters are also sensitively portrayed. The theme is troubling yet timely.”—Booklist (starred review)

“Well-crafted . . . By addressing the issue of society’s treatment of the mentally ill, Engberg brings the complexities of life into this superior Danish police procedural. Fans of Scandinavian noir will hope this series has a long run.”—Publishers Weekly

PRAISE FOR THE TENANT

“What a fantastic debut! I love the characters, the sparkling prose, and the depiction of Copenhagen. Katrine Engberg is an absolute star!”

“Engberg's fast-paced narrative is bolstered by an interesting and quirky cast as well as an intriguing setting . . . a lot of fun.”

“Everyone has secrets, and some secrets are lies. Engberg's debut novel, a sleeper hit in her native Denmark, is sure to attract comparisons to other Scandinavian thrillers… layered, character-driven suspense from authors including Erin Kelly and Ruth Ware may prove to be more apt read-alike suggestions.”

"[A] gripping addition to the Scandinavian crime fiction pantheon."

"The careful plotting ensures that the mystery unfolds deliberately, with surprises constantly woven into the narrative . . . Engberg’s English language debut promises a gritty, unflinching procedural series, and will leave readers craving the translation of Kørner and Werner’s next adventure.”

"Winter wouldn't be complete without a great Nordic Noir novel, and that's exactly what Katrine Engberg's The Tenant is.”

"It’s hard to believe this is her [Engberg's] first book, so assured is the writing. Her characters are fully realized...[and] the story is as complex as the characters. Originally published in Denmark in 2016, The Tenant is Engberg’s first book to be translated into English, but it’s unlikely to be the last."

"Engberg's plotting is dexterous, and her character-centered storytelling aligns nicely with her unhurried descriptions of Copenhagen . . . The Tenant is yet another feather in the plumed cap of Scandinavian noir."