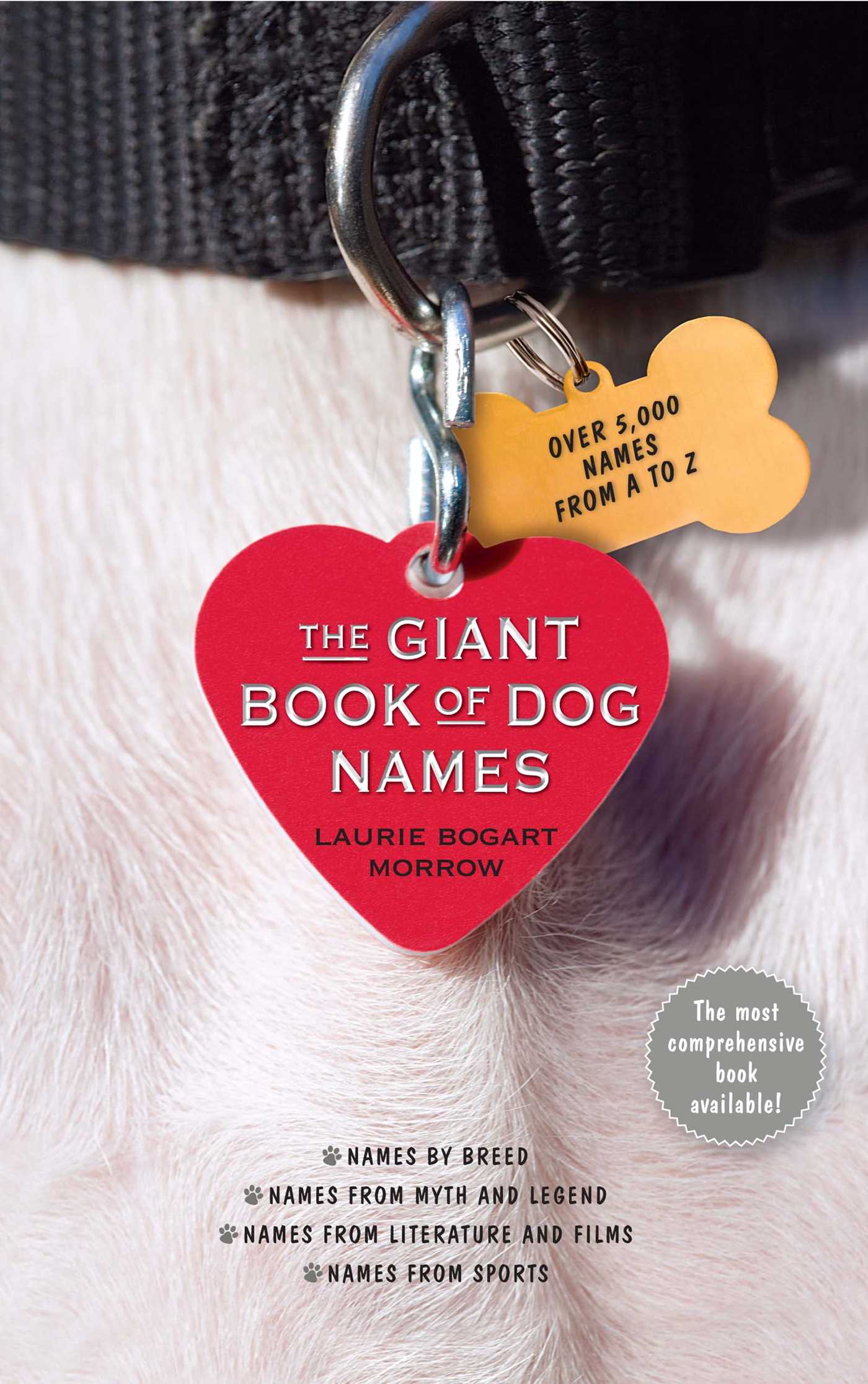 The Giant Book of Dog Names

A comprehensive dog-naming guide with more than 5,000 names—sorted by color, breed, theme, and many other categories—including adorable dog photos!

THE BOOK THAT TAKES YOU BEYOND REX AND FIDO!

Everywhere you turn, you’ll find another baby name book. But do you really want to call your dog Emma or Ethan? If you’re a dog lover, you know that naming your dog should be truly meaningful and memorable. With over 5,000 names to choose from, only this book makes it easy to find a distinctive name for the unique dog who will share your life and home.

Just some of the special features of The Giant Book of Dog Names include:

Listings from Aaron to Mocha to Zulu

Breed-specific names, such as Chic for a Poodle or Tundra for a Husky

Suggestions for dogs of every color, from Banana to Crystal to Raven

Names for rescue dogs, such as Lava and Freeway

Also look for stories featuring history’s forgotten dogs, such as:

Judy, the English Pointer who was the only canine POW of the Japanese

Suening, whose royal owner had him sign official decrees with a paw print

HOW TO NAME YOUR DOG

No matter how you look it, this is a very sobering thought. The fact that you are reading this book suggests that you are already owned, or plan to be owned, by a dog. Conversely, if you bought this book to give as a gift, it suggests you are in favor of the notion.

This matter settled, let’s move on to the next important question: What shall you name your dog? Obviously, that’s why you are thumbing through these pages—and precisely why I wrote them. Here you’ll find more than 5,000 names to choose from. That’s a lot of names, I know—though perhaps not so many when you consider fifty million dogs are owned in the United States alone (and that’s not counting strays or shelter dogs). But let me assure you that somewhere in these pages there’s a name that’s just right for your dog. You need not go through each and every name in Part One, which is an alphabetical listing full of descriptions. Part Two offers names organized in a variety of categories—literature, film, music and art, ancient and modern history, mythology and legend, sports, names by color, by breed, and more. Each was selected with a purpose. And there isn’t one I wouldn’t name a dog o’mine.

First, I made it my priority to find actual names of dogs living and dead, fictitious and real, and then found names that are purely associated with dogs. A book of people names for dogs was never my intent—though naturally, there are quite a few in these pages. After all, there will always be a dog named Susie, but it’s unlikely there will ever be a woman named Fido. After that, I looked to some of my favorite books for inspiration, such as Gone with the Wind, Pride and Prejudice, Lord of the Rings, the works of Charles Dickens, Jane Austen, Rudyard Kipling, and others; then books that were the delight of my childhood, such as The Wonderful Wizard of Oz and Alice’s Adventures in Wonderland. Next I went to the movies and found inspiration in Hitchcock and Spielberg, and in film legends such as Dietrich and Chaplin. Then off I went to the ball field and found Babe (Ruth) and Joe (DiMaggio) and other baseball greats; I followed the Olympics from the first modern games held in 1896 and applauded some gold medalists.

Now, let’s discuss the biggest challenge of all: how to teach your dog his name. In the beginning, most dogs believe their name is Kommere, Sitanstay, Nooooo, or Gooddogbaddog. This should come as no surprise to you. Let’s say, for example, your dog’s name is Spot. Spot runs off. You call out, “Come here, Spot!” The first words Spot hears are “Come here.” Since he cannot spell, he quite plainly interprets his name to be “Kommere,” or perhaps “Kommerespot.” The same can be said when you command him to sit and stay or praise or admonish him with “good dog,” “bad dog.” Of course, if he doesn’t do what you tell him to do—common behavior, by the way, in all puppies—then you may, despite your better judgment, blurt out, “Darn it, Spot!” Don’t berate yourself. You have no idea how many puppies believe their name is Darnit.

In closing, here are a few tips to help you choose the right name for your dog:

• Choose a name that suits the physical aspects of your dog. For example, if she is white, name her Snowball. Ebony or Black Beauty will not be nearly as effective.

• If you have a small dog, shy away from names such as Brutus or Zeus, both of which are fitting for a Great Dane. This said, President Franklin Delano Roosevelt had a Great Dane named Tiny. Amusing, but a name that’s so at odds with a dog’s physical attributes may result in an inferiority complex. (For you, not the dog. Only a four-term president could get away with it.)

• If you have a sporting dog, such as a Labrador Retriever, or a working dog, such as an Australian Sheepdog, choose a short, sharp name that gets his attention so you can easily call him back. “Rufus of Glencoe King of the Highlands and Lower Dales III” doesn’t exactly slip off the tongue and is not conducive to getting your dog’s attention as he’s running into the next field.

• Select a name that makes you feel good when you say it. Because if it does, it will make your dog feel good to hear it.

Now you are off on your great adventure—and believe me, it is a great adventure. Just as much as you are bringing a dog into your life, he is taking you into his. As much attention as you give him, your dog will return tenfold in companionship. As much joy that you give him, he will return tenfold in happiness. As much care that you give him, he will return a hundredfold in devotion. There’s only one instance where the rule does not apply, and that is love. For the love of a dog for his master is unconditional and knows no bounds; once the heartstring is tied, it is unbreakable. And no distance, no man, not even Time itself can sever the bond between you.

Go, now, and give your dog his name. 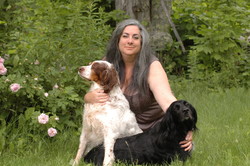 Laurie Bogart Morrow is the author of Cold Noses & Warm Hearts, a compilation of short dog stories by famous writers. Morrow has consulted for The American Kennel Club, The Iams Company, Bayer (animal healthcare division), Purina, and others. She lives in a rambling vintage farmhouse in the bucolic rural village of Freedom, New Hampshire with her family—and a canine family of four dogs.

The Giant Book of Dog Names