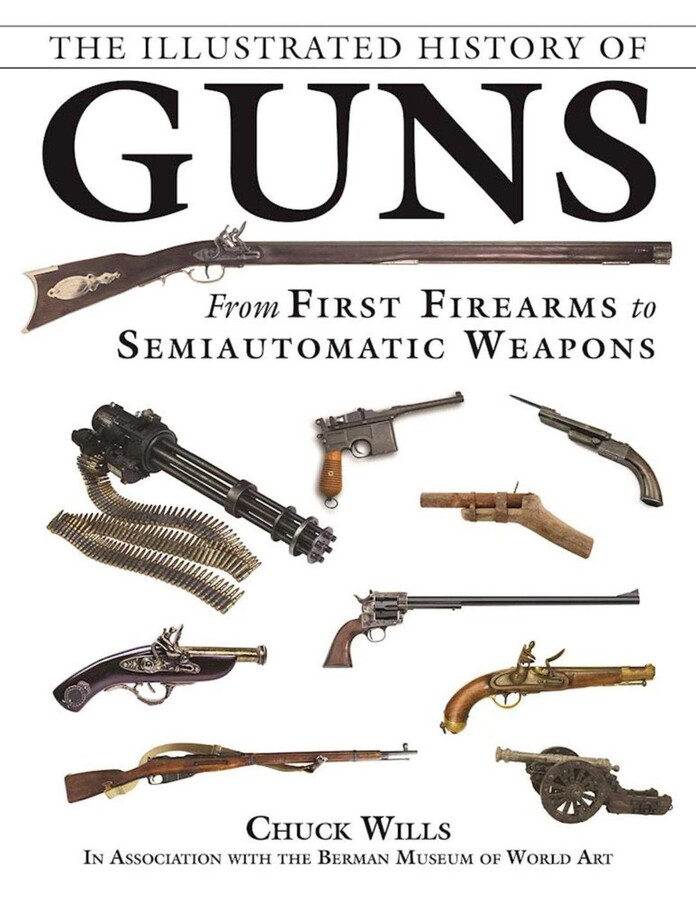 The Illustrated History of Guns

From First Firearms to Semiautomatic Weapons

By Chuck Wills
Foreword by Robert A. Sadowski / With The Berman Museum of World History
LIST PRICE $17.99

For the first time in paperback, a photographic history of civilization, as seen through the world’s most deadly and fascinating firearms.

The Illustrated History of Guns is a comprehensive look at the tools of battle. To craft this book, more than five hundred photographs of genuine specimens were specially commissioned from the six-thousand-piece collection of the Berman Museum of World History. The weapons featured span a period of close to four thousand years, ranging from Ancient Greece to World War II, and from the Crusades in Europe to the US Civil War. It features a wide array of diverse treasures, including the traveling pistols of Confederate president Jefferson Davis, a royal Persian scimitar with 1,295 rose-cut diamonds and rubies, and a single 11-carat emerald set in gold, first owned by Shah Abbas I of Persia and given in tribute to Catherine the Great. The Illustrated History of Guns also offers information on weapons innovators, including Alexander Forsyth, Eliphalet Remington, Samuel Colt, Sergei Mosin, the Mauser brothers, Hiram Maxim, John Browning, Richard Gatling, John T. Thompson, John Garland, Feodor Tokarev, Oliver Winchester, and Mikhail Kalashnikov.

With unparalleled historical perspective and background on persons significant to the development and advancements of weapons technology or military strategy, The Illustrated History of Guns belongs on the shelf of every history buff and firearms enthusiast.

Chuck Wills is a writer, editor, and consultant specializing in history, with an emphasis on military history. His work in this area includes books on the Battle of Little Bighorn, Pearl Harbor, and the Tet Offensive, as well as several volumes of an illustrated history of the American Civil War.

The Illustrated History of Guns

From First Firearms to Semiautomatic Weapons

By Chuck Wills
Foreword by Robert A. Sadowski / With The Berman Museum of World History
LIST PRICE $17.99