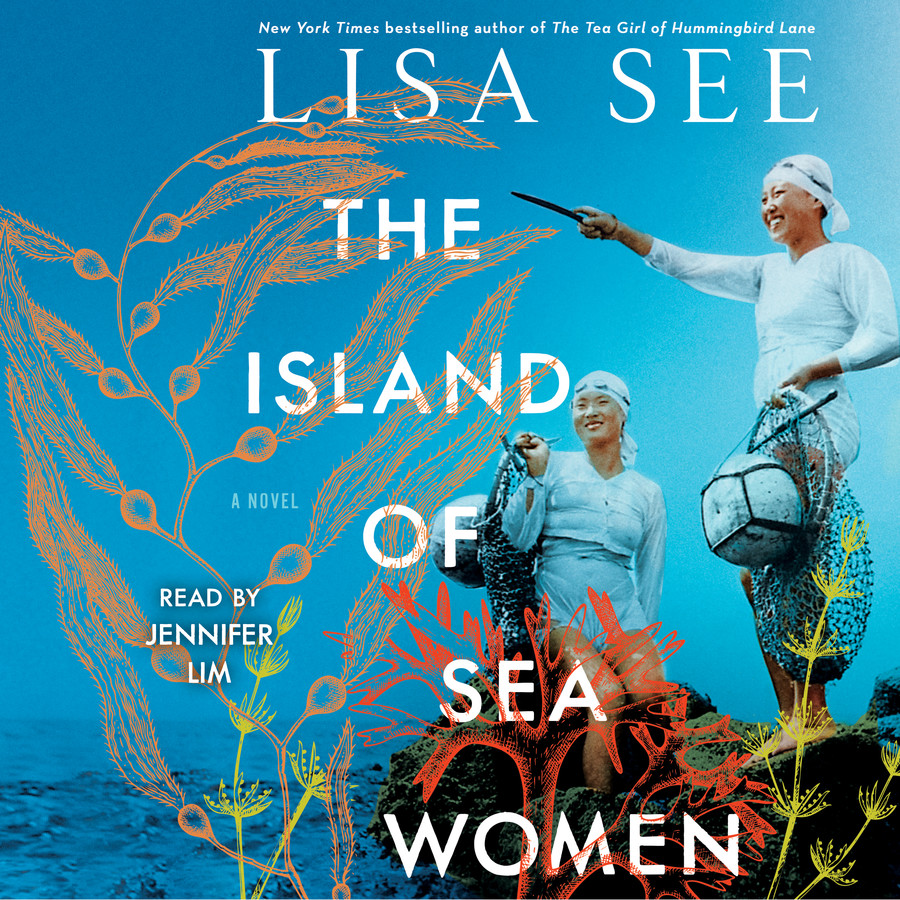 The Island of Sea Women

“A mesmerizing new historical novel” (O, The Oprah Magazine) from Lisa See, the bestselling author of The Tea Girl of Hummingbird Lane, about female friendship and devastating family secrets on a small Korean island.

Mi-ja and Young-sook, two girls living on the Korean island of Jeju, are best friends who come from very different backgrounds. When they are old enough, they begin working in the sea with their village’s all-female diving collective, led by Young-sook’s mother. As the girls take up their positions as baby divers, they know they are beginning a life of excitement and responsibility—but also danger.

Despite their love for each other, Mi-ja and Young-sook find it impossible to ignore their differences. The Island of Sea Women takes place over many decades, beginning during a period of Japanese colonialism in the 1930s and 1940s, followed by World War II, the Korean War, through the era of cell phones and wet suits for the women divers. Throughout this time, the residents of Jeju find themselves caught between warring empires. Mi-ja is the daughter of a Japanese collaborator. Young-sook was born into a long line of haenyeo and will inherit her mother’s position leading the divers in their village. Little do the two friends know that forces outside their control will push their friendship to the breaking point.

“This vivid…thoughtful and empathetic” novel (The New York Times Book Review) illuminates a world turned upside down, one where the women are in charge and the men take care of the children. “A wonderful ode to a truly singular group of women” (Publishers Weekly), The Island of Sea Women is a “beautiful story…about the endurance of friendship when it’s pushed to its limits, and you…will love it” (Cosmopolitan).

This reading group guide for The Island of Sea Women includes discussion questions and ideas for enhancing your book club. We hope that this guide will enrich your conversation and increase your enjoyment of the book.

1. The story begins with Young-sook as an old woman, gathering algae on the beach. What secrets or clues about the past and the present are revealed in the scenes that take place in 2008? Why do we only understand the beginning of the novel only after we have finished it?

2. When Young-sook and Mi-ja are fifteen, Young-sook’s mother says to them: “You are like sisters, and I expect you to take care of each other today and every day as those tied by blood would do” (p. 13). How are these words of warning? The friendship between Young-sook and Mi-ja is just one of many examples of powerful female relationships in the novel. Discuss the ways in which female relationships are depicted and the important role they play on Jeju.

3. On page 17, Young-sook’s mother recites a traditional haenyeo aphorism: Every woman who enters the sea carries a coffin on her back. But she also says that the sea is like a mother (p. 22). Then, on page 71, Grandmother says, “The ocean is better than your natal mother. The sea is forever.” How do these contradictory ideas play out in the novel? What do they say about the dangerous work of the haenyeo?

4. In many ways, the novel is about blame, guilt, and forgiveness. In the first full chapter, Yu-ri has her encounter with the octopus. What effect does this incident have on various characters moving forward: Mother, Young-sook, Mi-ja, Do-saeng, Gu-ja, Gu-sun, and Jun-bu? Young-sook is also involved in the tragic death of her mother. To what extent is she responsible for these sad events? Is her sense of guilt justified?

5. Later, on page 314, Clara recites a proverb attributed to Buddha: To understand everything is to forgive. Considering the novel as a whole, do you think this is true? Young-sook’s mother must forgive herself for Yu-ri’s accident, Young-sook must forgive herself for her mother’s death, Gu-sun forgives Gu-ja for Wan-soon’s death. On a societal level, the people of Jeju also needed to find ways to forgive each other. While not everyone on Jeju has found forgiveness, how and why do you think those communities, neighbors, and families have been able to forgive? Do you think anything can be forgiven eventually? Should it? Does Young-sook take too long to forgive given what she witnessed?

6. Mi-ja carries the burden of being the daughter of a Japanese collaborator. Is there an inevitability to her destiny just as there’s an inevitability to Young-sook’s? Another way of considering this aspect of the story is, are we responsible for the sins of our fathers (or mothers)? Later in the novel, Young-sook will reflect on all the times Mi-ja showed she was the daughter of a collaborator. She also blames Yo-chan for being Mi-ja’s son, as well as the grandson of a Japanese collaborator. Was Young-sook being fair, or had her eyes and heart been too clouded?

7. The haenyeo are respected for having a matrifocal culture—a society focused on women. They work hard, have many responsibilities and freedoms, and earn money for their households, but how much independence and power within their families and their cultures do they really have? Are there examples from the story that illustrate the independence of women but also their subservience?

9. On page 189, there is mention of haenyeo from a different village rowing by Young-sook’s collective to share gossip. How fast did information travel around the island and from the mainland? Was the five-day market a good source of gossip or were there other places that were better? On page 201, Jun-bu mentions his concern about believing information broadcast on the radio, “but can we trust anything we hear?” Were there specific instances when information from the radio was misleading or false? What affects how people hear and interpret the news?

10. Confucianism has traditionally played a lesser role on Jeju than elsewhere in Korea, while Shamanism is quite strong. What practical applications did Shamanism have for the haenyeo? Do the traditions and rituals help the haenyeo conquer the fears and anxieties they have about their dangerous work? Does it bring comfort during illness, death, and other tragedies? Does Young-sook ever question her beliefs, and why?

11. On page 39, Young-sook’s mother recites the aphorism If you plant red beans, then you will harvest red beans. Jun-bu repeats the phrase on page 199. How do these two characters interpret the saying? How does this saying play out for various characters?

12. At first it would seem that the visit of the scientists to the island is a digression. What important consequences does the visit have for Young-sook and the other haenyeo?

13. The aphorism “Deep roots remain tangled underground,” is used to describe Young-sook’s and Mi-ja’s friendship, and it becomes especially true when it’s revealed that their children, Joon-lee and Yo-chan, are getting married. How else does this aphorism manifest itself on Jeju, especially in the context of the islanders’ suffering and shared trauma? Do you think it’s true that we cannot remove ourselves from the connections of our pasts?

14. On page 120, Young-sook’s mother-in-law, Do-Saeng, says, “There’s modern, and then there’s tradition.” How does daily life on Jeju change between 1938 and 2008? Discuss architecture, the arrival of the scientists and the studies they conduct, the introduction of wet suits and television and other changes. How does Young-sook reconcile her traditional haenyeo way of life with the encroaching modern world? Do you think it’s possible to modernize without sacrificing important traditional values?

15. The characters have lived through Japanese colonialism, the Sino-Japanese War, World War II, the Korean War, the 4.3 Incident, and the Vietnam War. How do these larger historic events affect the characters and island life?

16. Mi-ja’s rubbings are critical to the novel. How do they illustrate the friendship between Mi-ja and Young-sook? How do they help Young-sook in her process of healing?

Enhance Your Book Club and Deepen Your Discussion

2. Time yourselves to see how long you can hold your breath. Now think about holding your breath for two minutes.

3. In The Island of Sea Women, there’s an expectation that a daughter should follow in her mother’s footsteps. Did this surprise you? Discuss how common you think it is even today for daughters to follow in their mothers’ footsteps—personally or professionally.

4. If you have access to one, visit your local Korean history or art museum.

5. Visit Lisa’s website website at www.LisaSee.com and Step Inside the World of The Island of Sea Women to see maps, photos, and videos, and to learn about the haenyeo and Lisa’s research. 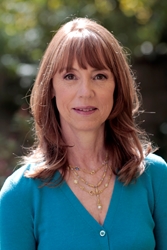 Lisa See is the New York Times bestselling author of The Island of Sea Women, The Tea Girl of Hummingbird Lane, Snow Flower and the Secret Fan, Peony in Love, Shanghai Girls, China Dolls, and Dreams of Joy, which debuted at #1. She is also the author of On Gold Mountain, which tells the story of her Chinese American family’s settlement in Los Angeles. See was the recipient of the Golden Spike Award from the Chinese Historical Association of Southern California and the Historymaker’s Award from the Chinese American Museum. She was also named National Woman of the Year by the Organization of Chinese American Women.

"This multigenerational tale of women living on an island off the coast of Korea details a world in which women have power and authority and work hard as deep-sea divers. Two women and their friendship are at the heart of a tale in which war and disruption, including American occupation, destroy some lives and alter others. Jennifer Lim . . . is an appropriate narrator who understands the correct pronunciation of local names and locales. The novel is a beautifully written, sublime piece of fiction."

The Island of Sea Women