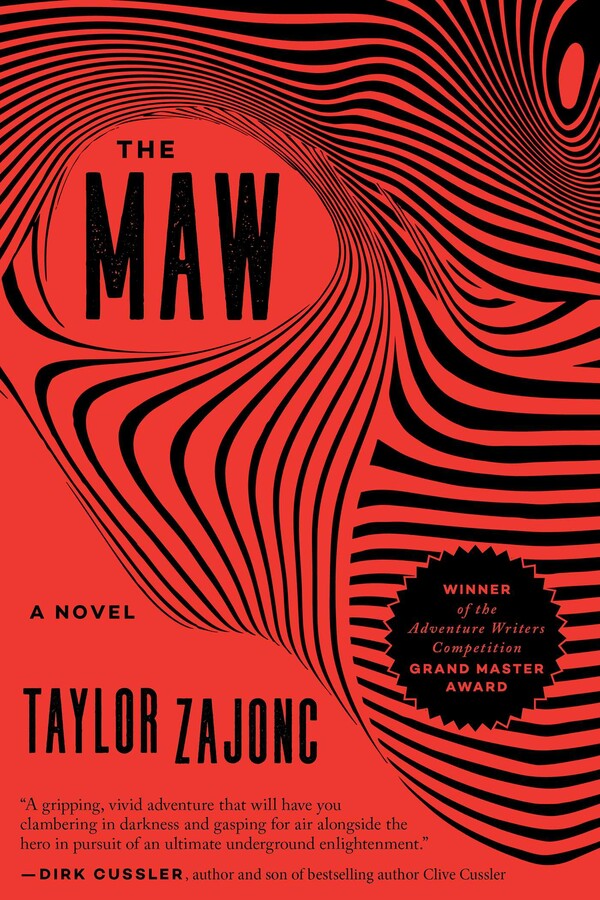 Winner of the 2019 IPPY Award for Mystery/Thriller

For fans of Clive Cussler and Michael Crichton, a thrilling tale of an underground expedition to the deep . . . and the ultimate struggle for survival.

Milo Luttrell never expected to step inside the mouth of an ancient cave in rural Tanzania. After all, he's a historian—not an archaeologist. Summoned under the guise of a mysterious life-changing opportunity, Milo suddenly finds himself in the midst of an expedition into the largest underground system in Africa, helmed by a brash billionaire-turned-exploration guru and his elite team of cavers. It's a once-in-a-lifetime chance to finally solve a century-old disappearance of the famed explorer Lord Riley DeWar, an enigmatic figure who both made—and nearly ruined—Milo's fledgling career.

Determined to make the most of his second chance, Milo joins the team and begins a harrowing descent into one of Earth's last secrets: a dangerous, pitch-black realm of twisting passages and ancient fossils nearly two thousand feet underground. But when a storm hits the surface base camp, stranding the cavers and washing away supplies, all communication to the outside world is lost. As the remaining resources dwindle and members of the team begin to exhibit strange and terrifying abilities, Milo must brave the encroaching darkness to unearth the truth behind DeWar's fascination with the deep—and why he never left.

As a maritime historian and avid world traveler, Taylor Zajonc’ s real-life adventures nearly exceed those of his fictional counterparts. His fascination with exploration began when he joined a Russian expedition to the deepest archaeological site on the planet, descending nearly three miles into the abyss of the Bermuda Triangle aboard a Soviet-era submersible. Now a recognized shipwreck and treasure expert, Taylor has contributed research and methodology for some of the most important shipwreck finds of the past decade, including World War Two treasure ships SS Gairsoppa and SS Mantola and the British naval ship HMS Victory. Taylor lives in Portland, OR.

"A gripping, vivid adventure that will have you clambering in darkness and gasping for air alongside the hero in pursuit of an ultimate underground enlightenment."—Dirk Cussler

"The true test of a thriller is whether you can sleep before the final page. With The Maw, I couldn't!"--John Nance, New York Times bestselling author of Lockout

"In Taylor Zajonc's latest novel, The Maw, seven cave explorers set out on a perilous adventure. Soon, their conflicting agendas lead them to conflict. Trapped together 25 hundred feet below the earth's surface, they learn a lesson as old as humankind; knowledge can be the most dangerous discovery of all. The Maw is Taylor Zajonc's best adventure novel to date, set in a rarely-seen environment and providing a thought-provoking theory about the origin of human nature. This book will remain with you long after the story ends."--Christine Negroni, author of The Crash Detectives: Investigating the World’s Most Mysterious Air Disasters

A well-told tale redolent of Jules Verne's immortal classic Journey To The Center Of The Earth. The Maw pulls you in and swallows you whole with a gripping plot that includes the latest, most fascinating scientific discoveries about subterranean life."--Michael Guillen, PhD. Former ABC News science editor and author of The Null Prophecy

"An inventive, dizzily entertaining novel. . . . Suspenseful and exciting, beset with disasters and borne continuously downward by a mystery connected to the origins of human kind."—Wall Street Journal

"Claustrophobic and shocking and suspenseful. Zajonc has built a cast of characters who feel solid and anchored in reality. And that’s an especially good thing in a novel that combines elements of fantasy with an adventure thriller. A top-notch genre-blender."—Booklist

"Taylor Zajonc's The Maw is a beach read in the best sense. It zips along at a thrilling pace, with a twist at the end of almost every chapter. . . .  Feels akin to watching a well-made thriller on Netflix."—Shelf Awareness

"Impossible to put down. . . . A fantastic read for the adventurer in all of us, and especially for those who like to explore by reading instead."—Manhattan Book Review

"Well-written, action-packed, and ultimately, just a ton of fun!"—readsandreels.com

"A thrilling adventure story that is full of intrigue and suspense . . . The Maw will hold your attention throughout."—shetreadssoftly.com