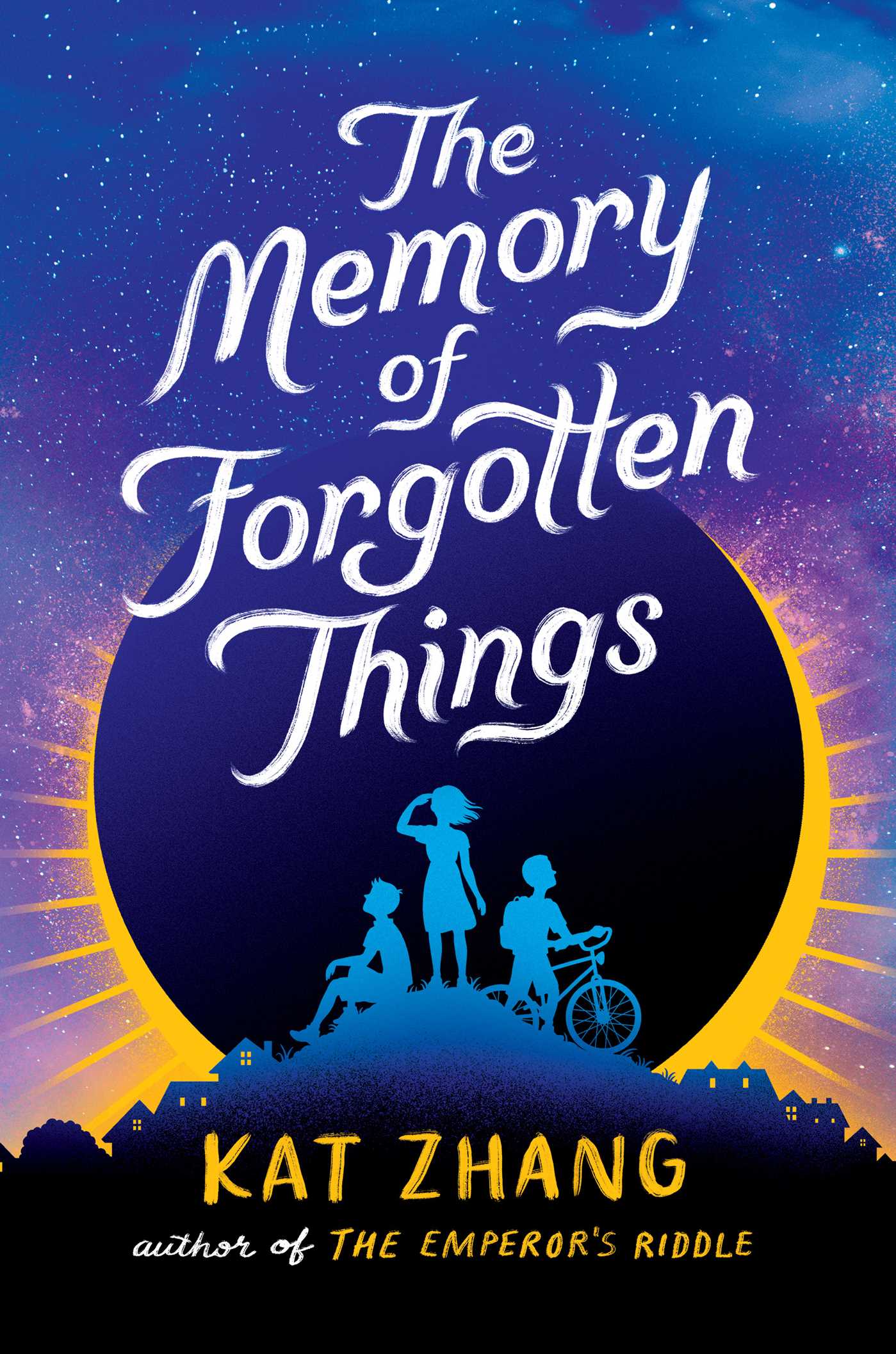 “A heart-tugging and mind-bending exploration of time and possibility.” —School Library Journal
“A pleasure to read…full of heart and imagination.” —Kirkus Reviews
“Zhang’s story is filled with real-world lessons on compassion and kindness with a sci-fi twist—a skillfully rendered framing device for exploring deeper issues of loss, longing, and acceptance.” —Publishers Weekly
“With unwavering hope and focus, and new friendships with unlikely peers, the novel is entertaining and sweet.” —Booklist

In the tradition of The Thing About Jellyfish and When You Reach Me, acclaimed author Kat Zhang offers a luminous and heartbreaking novel about a girl who is convinced that an upcoming solar eclipse will bring back her dead mother.

One of the happiest memories twelve-year-old Sophia Wallace has is of her tenth birthday. Her mother made her a cake that year—and not a cake from a boxed-mix, but from scratch. She remembers the way the frosting tasted, the way the pink sugar roses dissolved on her tongue.

This memory, and a scant few others like it, is all Sophia has of her mother, so she keeps them close. She keeps them secret, too. Because as paltry as these memories are, she shouldn’t have them at all.

The truth is, Sophia Wallace’s mother died when she was six years old. But that isn’t how she remembers it. Not always.

Sophia has never told anyone about her unusual memories—snapshots of a past that never happened. But everything changes when Sophia’s seventh grade English class gets an assignment to research solar eclipses. She becomes convinced that the upcoming solar eclipse will grant her the opportunity to make her alternate life come true, to enter a world where her mother never died.

With the help of two misfit boys, she must figure out a way to bring her mother back to her—before the opportunity is lost forever.

It was just before first bell at Jessup Middle School. Kids swarmed around her—streaming off school buses, jumping out of minivans, cruising up on their hand-me-down bikes.

An indecently red car screeched to the curb, throwing a hush over the morning bustle. Everyone knew that car. It belonged to Nicole Johnson, who’d bought it months ago after her sixteenth birthday. It hadn’t been much at first—a skeleton car rolling on bald wheels, coated in a bygone dream of glamour. Nicole had bribed and cajoled (and blackmailed, people whispered) the local auto shop until she’d transformed that clunker into a gleaming beast.

She roared through town on it every morning, pausing on her way to Holden High to drop off her little brother, DeAndre.

And every morning the kids of Jessup Middle stopped to stare. Their town was a town of pickups and minivans and practical old cars with more mileage on them than paint. It was not the sort of town one roared through in a red convertible, even if it was patched together and secondhand.

Nicole didn’t care. She perched like a queen in the driver’s seat, adjusting her cloud of black curls while DeAndre—DJ—slipped from the car. He mumbled something, but Sophia didn’t catch the words.

Because right then, the Memory hit her.

The world jolted. Sophia’s stomach flipped like it did at the top of a roller coaster. Only there was no fall—just a shudder that shocked her from chest to fingertips.

The Memory didn’t take her away from Jessup. She still stood at the back of the school, a few yards from the door. She heard the bus monitors telling everyone Good morning, heard slamming car doors and rumbling bus engines. The air shimmered with the tang of rusty metal and hot asphalt.

She held something in her hands—a lunch box. Which was weird, because Sophia never packed lunch. Not when she got it for free at school.

But in the Memory, the lunch box in her hands was blue and purple, her two favorite colors. She shifted it to one hand so she could wave with the other.

Good-bye! someone shouted back. A woman in the carpool lane with Sophia’s straight brown hair and dark, deep-set eyes.

The Memory ended. Sophia tumbled back to the here and now. To the lunch-box-less emptiness in her hands.

None of the other students had noticed anything. They shoved past Sophia, lost in their chattering and laughter as they headed inside.

No, that wasn’t true. Someone had noticed.

DJ watched her, intent to the point of staring. Probably wondering what on earth was wrong with her.

Sophia forced her legs moving again. Hurried inside, her book bag bouncing against her back.

And tenderly, in the back of her mind, she filed this new Memory away with the others.

Like everyone, Sophia had a lifetime of memories. In her case, a lifetime was a little under thirteen years. Some parts of it, of course, stood out more than others. The time she’d broken her wrist in third grade. The first-grade chorus concert when she’d sung a solo.

But nearly all of Sophia’s happiest memories, the really special ones, involved her mother.

Like the memory of her tenth birthday, when her mother made her a cake from scratch. Sophia remembered the way the frosting tasted, the way the pink sugar roses dissolved on her tongue.

She remembered, too, the tiny nativity scene she and her mother built together when Sophia was seven. The time they went to the town festival when she was nine.

These memories were all Sophia had of her mother, so she kept them close—shuffled through them like old photographs, half-frightened that too much handling would do damage.

She kept them secret, too. Because as paltry as these memories were, she shouldn’t have had them at all.

Sophia’s mother had died when she was six years old. But that wasn’t how she remembered it. 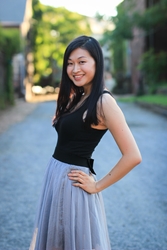 Kat Zhang loves traveling to places both real and fictional—the former have better souvenirs, but the latter allow for dragons, so it’s a tough pick. A graduate of Vanderbilt University, she now spends her free time scribbling poetry, taking photographs, and climbing atop things she shouldn’t. You can learn about her travels, literary and otherwise, at KatZhangWriter.com.

“A heart-tugging and mind-bending exploration of time and possibility.” —School Library Journal

“A pleasure to read . . . full of heart and imagination.” —Kirkus Reviews

“Zhang’s story is filled with real-world lessons on compassion and kindness with a sci-fi twist—a skillfully rendered framing device for exploring deeper issues of loss, longing, and acceptance.” —Publishers Weekly

"With unwavering hope and focus, and new friendships with unlikely peers, the novel is entertaining and sweet." —Booklist