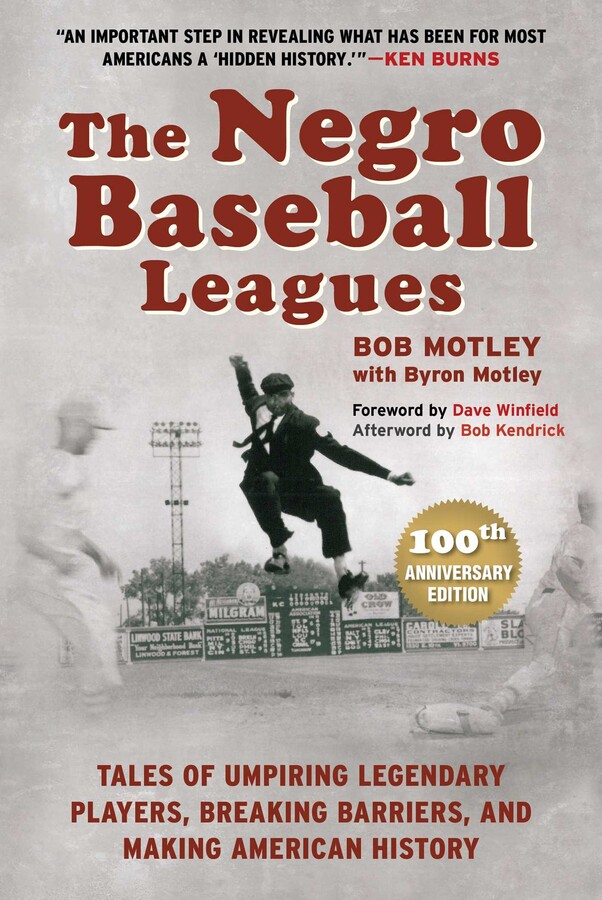 Celebrating the 100th Anniversary of the Negro Leagues with updates and additions throughout!

The Kansas City Monarchs, the Chicago American Giants, the St. Louis Stars, the Birmingham Black Barons, the Homestead Grays, and the Indianapolis Clowns; for over fifty years, they were the Yankees, Cardinals, and Red Sox of black baseball in America. And for over a decade beginning in the late 1940s, umpire Bob Motley called balls and strikes for many of their games, working alongside such legends as Satchel Paige, Hank Aaron, Ernie Banks, and Willie Mays.

Today, Motley is the only living arbiter from the Negro Leagues. His personal account of the Negro Leagues is a revealing, humorous, and unforgettable memoir celebrating a long-lost league and a remarkable group of baseball players. In this brand new 100-year anniversary edition of Ruling Over Monarchs, Giants, and Stars, Motley and his son Byron share the characters, adventures, and challenges faced by these amazing men as they enthusiastically embraced America’s pastime and made it their own. Filled with stories of talented heroes, small miracles, and downright fun, this unique memoir is a must-read for any baseball fan.