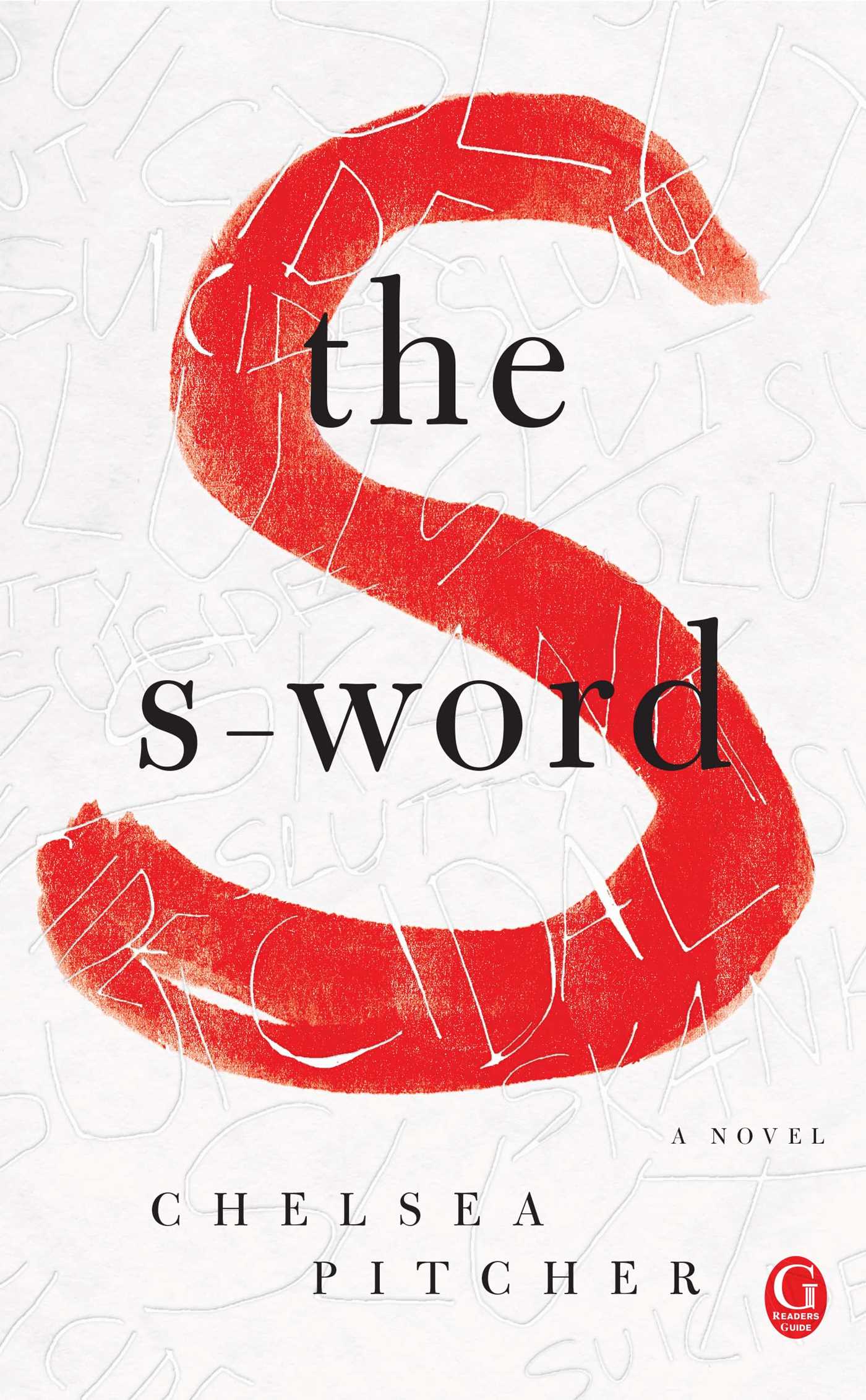 Lizzie wasn’t the first student at Verity High School to kill herself this year. But the difference is, she didn’t go quietly.

Lizzie’s reputation is destroyed when she’s caught in bed with her best friend’s boyfriend on prom night. With the whole school turned against her, and Angie not speaking to her, she takes her own life. But someone isn’t letting her go quietly. As graffiti and photocopies of Lizzie’s diary plaster the school, Angie begins a relentless investigation into who, exactly, made Lizzie feel she didn’t deserve to keep living. And while she claims she simply wants to punish Lizzie’s tormentors, Angie’s own anguish over abandoning her best friend will drive her deep into the dark, twisted side of Verity High—and she might not be able to pull herself back out.

This reading group guide for The S-Word includes an introduction, discussion questions, and ideas for enhancing your book club. The suggested questions are intended to help your reading group find new and interesting angles and topics for your discussion. We hope that these ideas will enrich your conversation and increase your enjoyment of the book.

In The S-Word, Chelsea Pitcher delivers an unflinchingly acute look at the world of high school students today. Seniors Angie and Lizzie have been friends since they were five, but when Angie walks in on Lizzie and Angie’s boyfriend, Drake, together in a hotel room on prom night, their worlds fall apart. Shattered by betrayal, Angie stops speaking to her once best friend, and it seems the entire school is backing her up when they cast Lizzie as a “slut.” When Lizzie then commits suicide, strange things start happening: incriminating pages from Lizzie’s diary show up in the lockers of the students who harassed her, and the words SUICIDE SLUT show up on Lizzie’s locker—in her own handwriting. Angie decides to punish the guilty parties and will stop at nothing, even when her vendetta threatens to consume her. With razor-sharp wit and keen sensibilities, Pitcher illuminates and explores some of the most pressing, deeply relevant issues for modern teenagers.

1. Angie refers to getting a dose of “high school,” a term Kennedy used, to justify why “SLUT” was first written on Lizzie’s locker (p. 11). How does the high school environment portrayed in the story compare to your experience? In what ways is it less or more restrictive?

2. Labels at Verity High are powerful and prevalent: prude, slut, queerbait, easy, Drama Queen, Homecoming King, whitetrash royalty. Angie contemplates, “I suppose it’s hard to treat someone appropriately if you don’t know what her classification is” (p. 54). Which characters seem to embrace their labels, and how are they treated by their fellow classmates? What happens to those who reject their assigned labels?

3. Early in the story Angie ponders the fallout from Drake and Lizzie’s prom-night encounter, explaining, “while Drake got off with a boys-will-be-boys slap on the wrist, Lizzie became the Harlot of Verity High” (p. 1). Why do you think some people are judged more harshly for their actions than others? Is it simply based on gender, or are there other factors? Have you ever been judged for things you’ve done by people who didn’t know the full story?

4. Jesse explains that he’s an outsider because “I’m Mexican and I’m wearing a skirt. The kids that don’t want to beat the queer out of me want me deported” (p. 47). The students at Verity seem to feel entitled to condemn the sexuality of people like Jesse and Gordy, and then treat them badly because of it. Were you ever in a situation where you judged someone for his or her sexuality, even when it had nothing to do with you? Why do you think people feel the need to go from maybe being uncomfortable with something, like homosexuality, to outright attacking it?

5. I n a conversation with Angie, Jesse says that when he was growing up, people treated him “like stilettos were going to show up on their feet without their permission” (p. 189), simply because he dressed differently. In your experience, has anyone ever challenged your idea of how people “should” dress? Have you ever used clothing in a way that challenged people’s perceptions?

6. Angie dismisses her mother as “the parent who doesn’t want me,” while her father is “the one who can’t support me” (p. 157). How do her very different relationships with her parents affect her and inform her choices? Does she share any characteristics with either parent?

7. As her quest for justice progresses, Angie finds out there is more and more that she didn’t know about Lizzie—things her own best friend didn’t tell her. Angie thinks she would have accepted Lizzie if she had known the truth, but do you think she would have? Have you ever discovered something surprising about someone you thought you knew well? How did it affect your relationship? Were you able to be as understanding as you thought you’d be before you found that thing out?

8. When Angie begins to seek justice against those who wronged Lizzie, she feels righteous as a vigilante. Is Angie right to seek this type of justice, or is she merely sinking to the level of the bullies, as Jesse suggests? When bringing wrongdoers to justice, at what point do we cross the line? When, in your opinion, does Angie come near, or even cross, that line?

9. Throughout the course of her investigation, Angie uncovers many of her classmates’ secrets. Kennedy’s secret, in particular, seems to require further action. What is Angie’s responsibility in this situation? Have you ever discovered something that made you feel like you had to intervene, even if you knew people would be angry with you? How would you have handled things if you were in Angie’s shoes?

10. I n her diary, Lizzie explored her feelings on being branded a “slut,” writing, “Ask a hundred people the meaning of that word and you’ll hear a hundred answers. It means absolutely nothing” (p. 89). While many of Angie’s classmates used the word slut with relative ease, they seemed truly shaken when suicide slut appeared. What is the S-word? Chelsea Pitcher’s website suggests the additional words severed, silence, secret, shame, separate, shunned, shattered, and scorned. Which word or words carry the most resonance for you in the story?

1. Lizzie, Jesse, and others in The S-Word are victims of bullying. If you are comfortable, discuss personal experiences with bullying, how it affected you when it happened, and whether it still affects you today.

2. Think of what you might do next time you see someone being bullied or singled out for ridicule. Planning out your actions ahead of time can help you know what to do when an actual situation arises and you’re under pressure to act.

3. Read (or reread) A Wrinkle in Time by Madeleine L’Engle or Philip Pullman’s The Golden Compass, two of the books on Lizzie’s bookshelf. Consider the ways the stories address religion and science, and why that would have held significance for Lizzie. 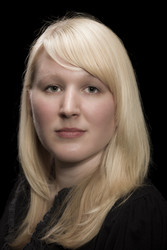 Chelsea Pitcher is a karaoke-singing, ocean-worshipping Oregonian with a penchant for twisty mysteries. She began gobbling up stories as soon as she could read, and especially enjoys delving into the darker places to see if she can draw out some light. Chelsea is the author of The S-Word, This Lie Will Kill You, The Last Changeling, The Last Faerie Queen, and Lies Like Poison. You can visit her at ChelseaPitcher.com and follow her on Twitter at @Chelsea_Pitcher.

"Debut author Pitcher explores the consequences of bullying and social stigmatizing with swagger in this noirish mystery. When Angie's boyfriend cheats on her with her best friend Lizzie, Angie is devastated and ends their friendship—never expecting that Lizzie will be branded a slut (someone repeatedly writes the word on her car and locker) and driven to suicide. Following Lizzie's death, the graffiti reemerges; eerily, the handwriting mimics Lizzie's and reads, "suicide slut." Pages stolen from Lizzie's diary also find their way into students' lockers (and into sections of the book). Angie launches a covert investigation, and her interrogations of her suspects—including a femme fatale who reclines on pianos in the drama department when she's not running the newspaper, a misogynistic math geek, and a hard-drinking cheerleader—put a playful spin on the detective genre. When Angie is immersed in her role as sleuth, her cynicism and blasé attitude toward school can come across as phony, but the vulnerability shown when she falls for a cross-dressing outsider and her reflections on her friendship with Lizzie soften the hardboiled edges. Ages 14–up."