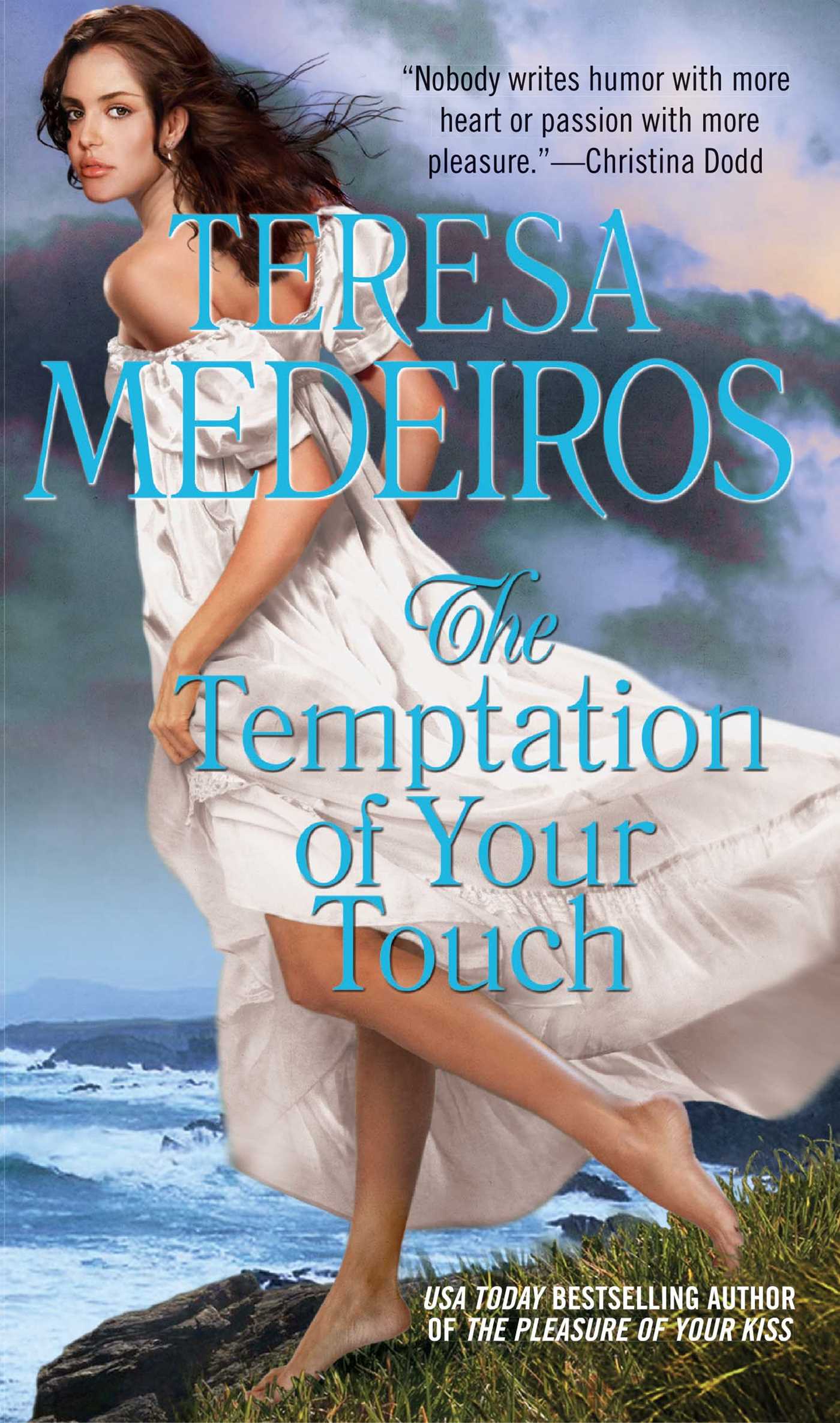 The Temptation of Your Touch

An enchanting historical romance from a “superb storyteller” (Booklist) and New York Times bestselling author featuring a handsome, brooding Earl who finds himself drawn to his prim and proper housekeeper.

Maximillian Burke prides himself on being the man every mother wants her daughter to marry, but after his scoundrel brother steals his bride, Max decides there’s more satisfaction in being a rogue than a gentleman. He flees London for lonely Cadgwyck Manor, and though the tumbledown estate comes complete with a ghost, it’s Max’s no-nonsense housekeeper who haunts his dreams.

Prim and proper Anne Spencer could do without a new master, especially one as gorgeous and temperamental as the Earl of Dravenwood. Even as she schemes to be rid of him, she is irresistibly drawn into his muscular embrace. But when Max vows to solve the mystery of the White Lady of Cadgwyck, he risks both their hearts and tempts them to surrender to a pleasure as delicious as it is dangerous.

The Temptation of Your Touch Chapter One
MAXIMILLIAN BURKE WAS A very bad man.

He watched a tendril of smoke rise from the mouth of the pistol in his hand, trying to figure out exactly when he had embraced the role of villain in the farce his life had become. He had always been the honorable one, the dependable one, the one who chose each step he took with the utmost care to avoid even the possibility of a stumble. He had spent his entire life striving to be the son every father would be proud to claim as his own. The man any mother would want her daughter to marry.

At least that’s what everyone had believed.

It was his younger brother, Ashton, who had gone around getting into brawls, challenging drunken loudmouths to duels, and facing the occasional firing squad after stealing some priceless relic—or woman—from a Middle Eastern potentate. But now Ash was comfortably settled in the family’s ancestral home of Dryden Hall with his adoring wife and their chattering moppet of a daughter. A daughter, according to gossip, who had been blessed with her mother’s flaxen hair and laughing green eyes. A daughter who should have been his.

Maximillian briefly closed his eyes, as if by doing so he could blot out the image of the niece he would never see.

While Ash enjoyed the domestic bliss that should have been Max’s with the woman Max had loved for most of his life, Max stood in a chilly Hyde Park meadow at dawn, his expensive boots coated in wet grass and the man he had just shot groaning on the ground twenty paces away. Ash would have laughed at Max’s predicament, even if a drunken slur cast on Max’s sister-in-law’s good name had prompted it.

Max could not seem to remember Clarinda’s honor was no longer his to defend.

When he opened his gray eyes, they were as steely as flints. “Get up and stop whining, you fool!” he told the man still writhing about in the grass. “The wound isn’t mortal. I only winged your shoulder.”

Clutching his upper arm with bloodstained fingers, the young swell eyed Max reproachfully, his ragged sniff and quivering bottom lip making Max fear he was about to burst into tears. “You needn’t be so unkind, my lord. It still hurts like the devil.”

Blowing out an impatient sigh, Max handed the pistol to the East India Company lieutenant he had bullied into being his second and stalked across the grass.

He helped the wounded man to his feet, gentling his grip with tremendous effort. “It’s going to hurt more if you lie there whimpering until a constable comes to toss us both into Newgate for dueling. It will probably fester in that filth and you’ll lose the arm altogether.”

As they crossed the damp grass, the young man leaned heavily on Max. “It wasn’t my intention to give offense, my lord. I would have thought you’d have thanked me instead of shooting me for being bold enough to say aloud what everyone else has been whispering behind your back. The lady in question did jilt you at the altar. And for your own brother, no less!”

Max deliberately stripped his voice of emotion, knowing only too well the chilling effect that always had on his subordinates. “My sister-in-law is a lady of extraordinary courage and exceptional moral fiber. If I should hear you’ve been speaking ill of her again, even in so much as a whisper, I will hunt you down and finish what we started here today.” The lad subsided into a sulky silence. Max handed him off to his white-faced second and the hovering surgeon, relieved to be rid of him. Resting his hands on his hips, Max watched them load the young fool into his rented carriage.

If Max hadn’t been so deep in his cups when he had overheard his unfortunate dueling opponent loudly tell his friends that legendary adventurer Ashton Burke had married a sultan’s whore, Max would never have challenged the silly lad to a duel. What the boy really needed was a sound thrashing before being sent to bed without supper.

Despite his regrets, Max had to admit that relinquishing his heroic mantle was almost liberating. When you were a villain, no one looked at you askance if you frequented seedy gambling hells, drank too much brandy, or neglected to tie your cravat in a flawless bow. No one whispered behind their hands if your untrimmed hair curled over the edge of your collar or it had been three days since your last shave.

Max gave the sooty stubble shadowing his jaw a rueful stroke, remembering a time when he would have discharged his valet without a letter of recommendation for letting him appear in public in such a disreputable state.

Since resigning his coveted chair on the Court of Directors of the East India Company in the aftermath of the scandal that had sent the society gossips into a feeding frenzy for months, he was no longer forced to make painfully polite conversation with those who sought his favor. Nor did he have to suffer fools graciously, if not gladly. Instead, everyone scurried out of his path to avoid the caustic lash of his tongue and the contempt smoldering in his smoky gray eyes. They had no way of knowing his contempt wasn’t for them but for the man he had become—the man he had always secretly been behind the mask of respectability he wore in public.

He would rather have people fear him than pity him. His ferocious demeanor also discouraged the well-meaning women who found it unthinkable that a man who had been one of the most eligible catches in England for over a decade should have been so unceremoniously thrown over by his chosen bride. They were only too eager to cast him in the role of wounded hero, a man who might welcome their clucks of sympathy and fawning attempts to comfort him, both on the ballroom floor and between the sheets of their beds.

Shaking his head in disgust, Max turned on his heel and went striding toward his own carriage. He needed to get out of London before he cast an even greater stain over his family’s good name and his own title by killing someone. Most likely himself.

The lieutenant returned the pistol to its mahogany case before trotting after Max. “M-m-my lord?” he asked, his stammer betraying his nervousness. “W-where are you going?”

“Probably hell,” Max snapped without breaking his stride. “All that remains to be seen is how long it will take me to get there.” 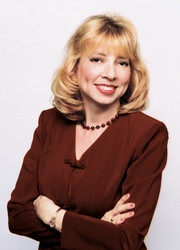 Teresa Medeiros is a New York Times bestseller who wrote her first novel at the age of twenty-one, introducing readers to one of the most beloved and versatile voices in romance and women’s fiction. She has appeared on every national bestseller list, including the New York Times, USA TODAY, and Publishers Weekly lists and currently has more than 10 million books in print. She is a two-time recipient of the Waldenbooks Award for bestselling fiction and lives in Kentucky with her husband and her two cats Willow and Buffy the Mouse Slayer. You can visit her website at: TeresaMedeiros.com.

The Temptation of Your Touch