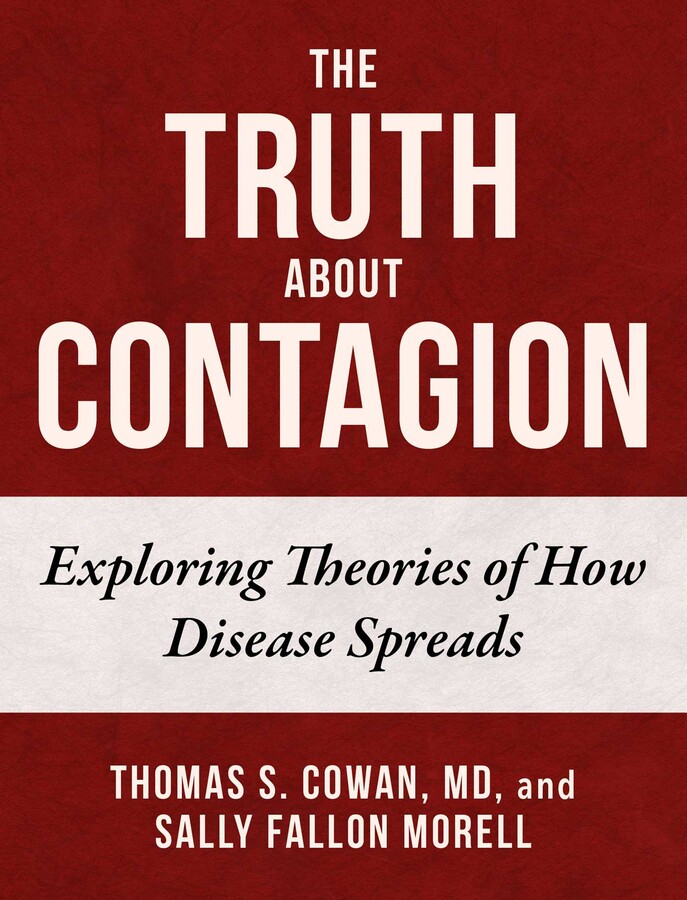 The Truth About Contagion

Exploring Theories of How Disease Spreads

For readers of Plague of Corruption, Thomas S. Cowan, MD, and Sally Fallon Morell ask the question: are there really such things as "viruses"? Or are electro smog, toxic living conditions, and 5G actually to blame for COVID-19?

The official explanation for today’s COVID-19 pandemic is a “dangerous, infectious virus.” This is the rationale for isolating a large portion of the world’s population in their homes so as to curb its spread.  From face masks to social distancing, from antivirals to vaccines, these measures are predicated on the assumption that tiny viruses can cause serious illness and that such illness is transmissible person-to-person.

It was Louis Pasteur who convinced a skeptical medical community that contagious germs cause disease; his “germ theory” now serves as the official explanation for most illness. However, in his private diaries he states unequivocally that in his entire career he was not once able to transfer disease with a pure culture of bacteria (he obviously wasn’t able to purify viruses at that time). He admitted that the whole effort to prove contagion was a failure, leading to his famous death bed confession that “the germ is nothing, the terrain is everything.”

While the incidence and death statistics for COVID-19 may not be reliable, there is no question that many people have taken sick with a strange new disease—with odd symptoms like gasping for air and “fizzing” feelings—and hundreds of thousands have died. Many suspect that the cause is not viral but a kind of pollution unique to the modern age—electromagnetic pollution. Today we are surrounded by a jangle of overlapping and jarring frequencies—from power lines to the fridge to the cell phone. It started with the telegraph and progressed to worldwide electricity, then radar, then satellites that disrupt the ionosphere, then ubiquitous Wi-Fi. The most recent addition to this disturbing racket is fifth generation wireless—5G. In The Truth About Contagion: Exploring Theories of How Disease Spreads, bestselling authors Thomas S. Cowan, MD, and Sally Fallon Morell explore the true causes of COVID-19.

On September 26, 2019, 5G wireless was turned on in Wuhan, China (and officially launched November 1) with a grid of about ten thousand antennas—more antennas than exist in the whole United States, all concentrated in one city. A spike in cases occurred on February 13, the same week that Wuhan turned on its 5G network for monitoring traffic. Illness has subsequently followed 5G installation in all the major cities in America.

Since the dawn of the human race, medicine men and physicians have wondered about the cause of disease, especially what we call “contagions,” numerous people ill with similar symptoms, all at the same time. Does humankind suffer these outbreaks at the hands of an angry god or evil spirit? A disturbance in the atmosphere, a miasma? Do we catch the illness from others or from some outside influence?

As the restriction of our freedoms continues, more and more people are wondering whether this is true. Could a packet of RNA fragments, which cannot even be defined as a living organism, cause such havoc? Perhaps something else is involved—something that has upset the balance of nature and made us more susceptible to disease? Perhaps there is no “coronavirus” at all; perhaps, as Pasteur said, “the germ is nothing, the terrain is everything.”

The Truth About Contagion

Exploring Theories of How Disease Spreads