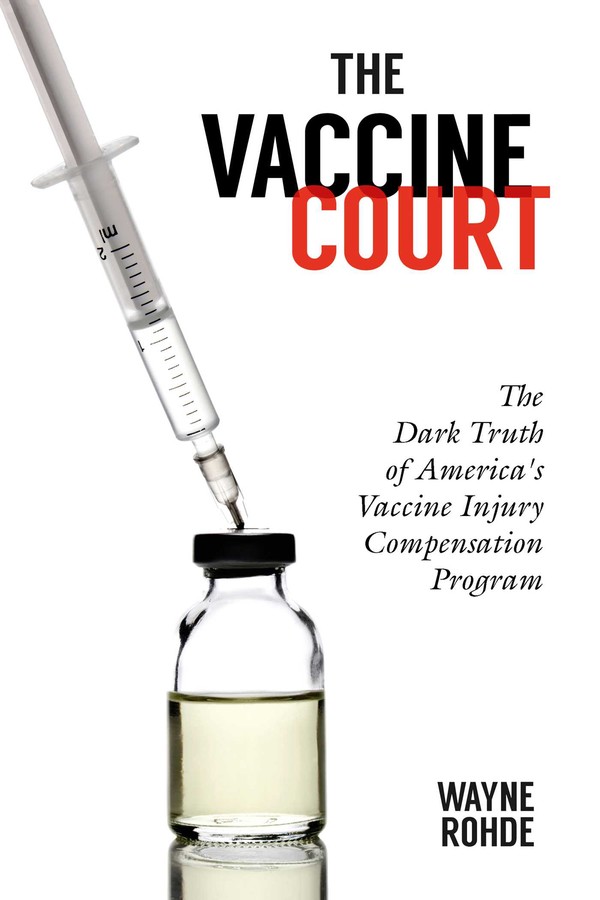 The Vaccine Court 2.0: Revised and Updated

"Here you have it, in black and white: the unfairness, the corruption and system-wide bias, documented for the world to see....This is a must-read book.” —Sylvia Pimentel, vice-president of the California chapter of the National Autism Association, and founder and moderator of Sac-Autism-Biomed​

"Rohde’s book is a must-read for all those concerned about the intended and unintended consequences of US vaccines.”—Mary Holland, research scholar, NYU School of Law

The Vaccine Court looks at the mysterious and often unknown world of the National Vaccine Injury Compensation Program (NVICP), the only recourse for seeking compensation for those who have been injured by a vaccine. The NVICP, better known as the ”Vaccine Court,” however, is not without controversy.

Established by Congress as a direct result of the passage of the National Childhood Vaccine Injury Act of 1986, the NVICP was supposed to offer a no-fault alternative to the traditional injury claims filed in state or federal courts and was to provide quick, efficient, and fair compensation for those who have been injured by vaccines. The reality, however, is that many cases take several years or longer to complete and require tremendous commitment from families already pushed to the brink of bankruptcy caring for the vaccine-injured family member, only to discover that the end result is manipulated by the government in defense of the US vaccine policy.

Mr. Rohde looks into the inner workings of the US Federal Claims Court and the NVICP. He interviews families who have filed petitions and won compensation, families who have been denied compensation, and families still waiting for a decision. By highlighting the journeys of these families—their efforts to find attorneys willing to represent them, the filing of their petitions, and the subsequent mountain of paperwork, medical records, and other documents that span years—Mr. Rohde exposes the bitter truth behind the NVICP. Through his thoughtful interviews and fact-finding research, The Vaccine Court sheds light on how the NVICP has evolved into something far more treacherous than what Congress envisioned with the National Childhood Vaccine Injury Act in 1986.

Here you have it, in black and white: the unfairness, the corruption and system-wide bias, documented for the world to see. The VICP is in need of complete reform, or it needs to be abolished altogether. This book may well trigger the outcry in the public to start that much-needed process. Injustice cannot be addressed until the spotlight is pointed directly at the problem. And Mr. Rohde has done that brilliantly. He has done a great service in writing this book. The VICP can no longer hide in the dark, protected by silence. People can now know the truth, and that is a huge victory. This is a must-read book.” Sylvia Pimentel, vice-president of the California chapter of the National Autism Association, and founder and moderator of Sac-Autism-Biomed

Wayne Rohde has lifted the veil over the murky tort reform experiment known as the Vaccine Court.” In exposing the program’s imbalanced liability protection for powerful vaccine manufacturers, he has performed a valuable public service.” Robert J. Krakow, attorney and coauthor of Unanswered Questions from the Vaccine Injury Compensation Program: A Review of Compensated Cases of Vaccine-Induced Brain Injury

Few Americans know about the US 'Vaccine Court,' yet it may be their only recourse if they suffer an adverse vaccine reaction. In this groundbreaking book, Rohde details how the court’ works, or rather does not work, and the critical problems that bedevil it. Written with compassion and based on extensive research, Rohde’s book is a must-read for all those concerned about the intended and unintended consequences of US vaccines.”Mary Holland, research scholar, NYU School of Law

The Vaccine Court 2.0: Revised and Updated