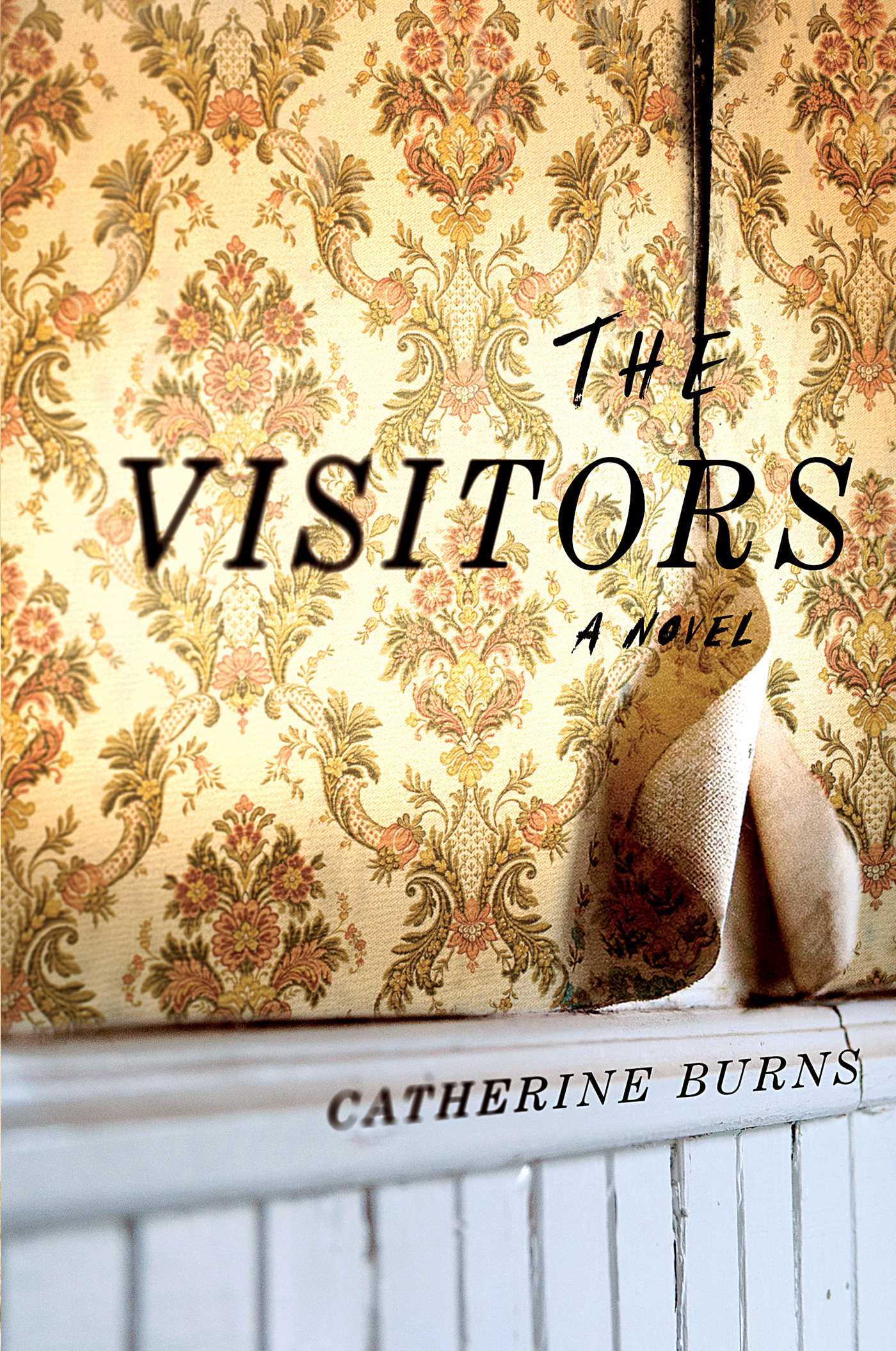 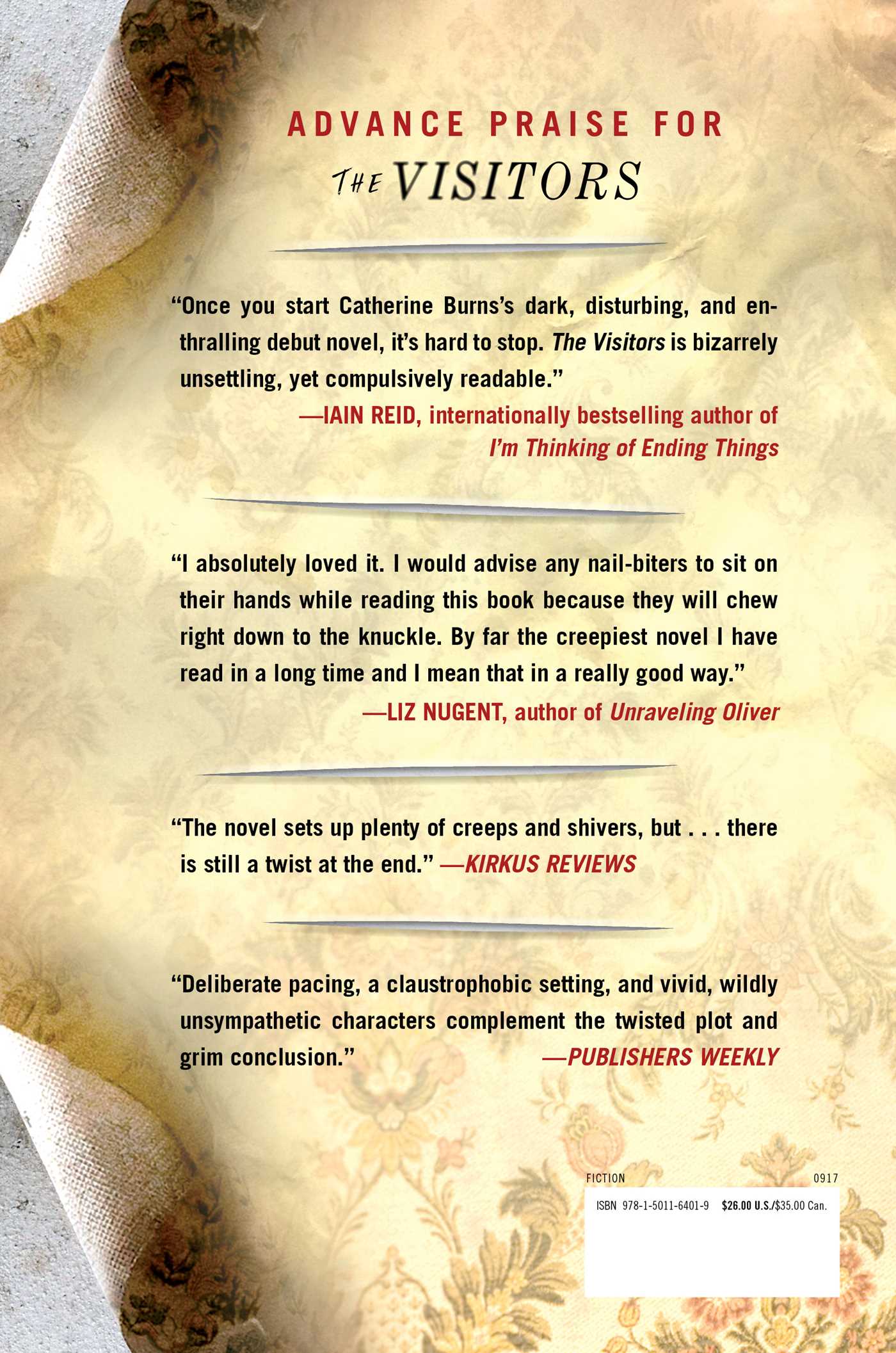 With the smart suspense of Emma Donoghue’s Room and the atmospheric claustrophobia of Grey Gardens, Catherine Burns’s debut novel explores the complex truths we are able to keep hidden from ourselves and the twisted realities that can lurk beneath even the most serene of surfaces.

Marion Zetland lives with her domineering older brother John in a crumbling mansion on the edge of a northern seaside resort. A timid spinster in her fifties who still sleeps with teddy bears, Marion does her best to live by John’s rules, even if it means turning a blind eye to the noises she hears coming from behind the cellar door...and turning a blind eye to the women’s laundry in the hamper that isn’t hers. For years, she’s buried the signs of John’s devastating secret into the deep recesses of her mind—until the day John is crippled by a heart attack, and Marion becomes the only one whose shoulders are fit to bear his secret. Forced to go down to the cellar and face what her brother has kept hidden, Marion discovers more about herself than she ever thought possible. As the truth is slowly unraveled, we finally begin to understand: maybe John isn’t the only one with a dark side....

This readers group guide for The Visitors includes an introduction, discussion questions, and ideas for enhancing your book club. The suggested questions are intended to help your reading group find new and interesting angles and topics for your discussion. We hope that these ideas will enrich your conversation and increase your enjoyment of the book.

Marion Zetland, a timid, middle-aged spinster, lives with her authoritarian older brother in the decaying mansion of their childhood on the edge of a northern seaside resort. Marion tries to live by her brother’s rules: doing the shopping and the laundry, preparing their quotidian meals, and staying out of his business. With only her teddy bears and imaginary friends for comfort, Marion does her best to shut out the shocking secret that John keeps in the cellar.

But when John becomes suddenly ill, Marion must open the door to the other side and come face-to-face with the gruesome truth—and her own darkness.

1. Consider Marion’s warning to herself about the noises from the cellar on the novel’s opening page: “Don’t think about it, she warned herself, or you’ll go mad, just like Great-aunt Phyllis” (p. 1). Is this a self-fulfilling prophecy? Does Marion go mad?

2. How does Marion’s childhood, particularly her parents’ old-fashioned and aloof parenting styles, affect her later in life? How do Marion and John take after their parents?

3. Is John a good brother to Marion? How would you characterize their relationship? Are there any redemptive qualities in John’s actions toward Marion?

5. Is Marion as unlovable and unintelligent as her mother, John, and the other school children seem to think? How do you know?

6. Is Marion a reliable narrator? Why or why not?

7. What role do Marion’s daydreams and her imaginary relationships play in her life? Consider this passage: “In the same way a starving man might swallow rags to stuff his belly, Marion found it was possible to fill the emptiness inside her with daydreams” (p. 158).

8. Misfortunes seem to befall those who cross Marion—Juliet, for example, found “lying unconscious in the frozen mud of Albert Park” (p. 39). How did your understanding of these events and Marion’s role in them change throughout the novel? Do you think Marion is aware of her own role in these events? Why or why not?

9. Discuss the significance of the title—is there another, more apt word for the so-called “visitors”? Before you read the book, what did “visitors” in the title invoke for you?

10. Marion’s true nature starts to come out through her interactions with the lady in the grocery story and Brendan O’Brian, the psychic medium. Were you surprised by what is revealed about her?

12. What prevents Marion from helping Violetta and the other visitors? Is Marion a heroine, villain, or accomplice?

13. Whose transgressions are worse: John’s or Marion’s? Why?

14. Does Marion get what she deserves in the end? Why or why not? How is she transformed from the beginning of the novel?

1. The dilapidated mansion of Grange Road and eccentric cast of characters would make a fascinating film adaptation, in the vein of the infamous Grey Gardens documentary. Who would you cast as John, Marion, Judith, and the other characters in the film version of The Visitors?

2. The novel is told through the eyes of Marion Zetland. How would it be different if the story was told from John’s, Judith’s, or Sonya’s perspective? Reimagine the novel’s telling with your book club; discuss how key events would change when told from the other character’s points-of-view.

3. The Visitors is Catherine Burns’s first novel. Learn more about the author by following her on Facebook (https://www.facebook.com/cburnsbooks/) and Twitter (https://twitter.com/c_burnzi). 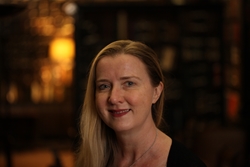 Born in Manchester, Catherine Burns is a graduate of Trinity College, University of Cambridge. She worked as a bond trader in London before studying at the Gerasimov Institute of Cinematography and teaching film theory at the University of Salford. The Visitors is her debut novel.

"Once you start Catherine Burns' dark, disturbing, and enthralling debut novel, it's hard to stop.The Visitors is bizarrely unsettling, yet compulsively readable."

"I absolutely loved it. I would advise any nail biters to sit on their hands while reading this book because they will chew right down to the knuckle. By far the creepiest novel I have read in a long time and I mean that in a really good way."

"The novel sets up plenty of creeps and shivers, but… there is still a twist at the end."

The Visitors is an insidious, creepy novel, with a slow burn that leads to a horrifying revelation.

“With its two unsympathetic main characters, chilling atmosphere and grim dénouement, this is an insightful study of loneliness and evil.”

"I made the mistake of starting this one night before going to bed... It’s not an all out creepfest, but somehow through the use of these dichotomies, Burns has created a story and characters that are even more horrifying as they feel thoroughly realistic."

"The Visitors, is dark and atmospheric, and its imagery is quite evocative... Through vignettes from Marion's point of view, Burns slowly layers morbid details as she unravels the disturbing Zetland history."