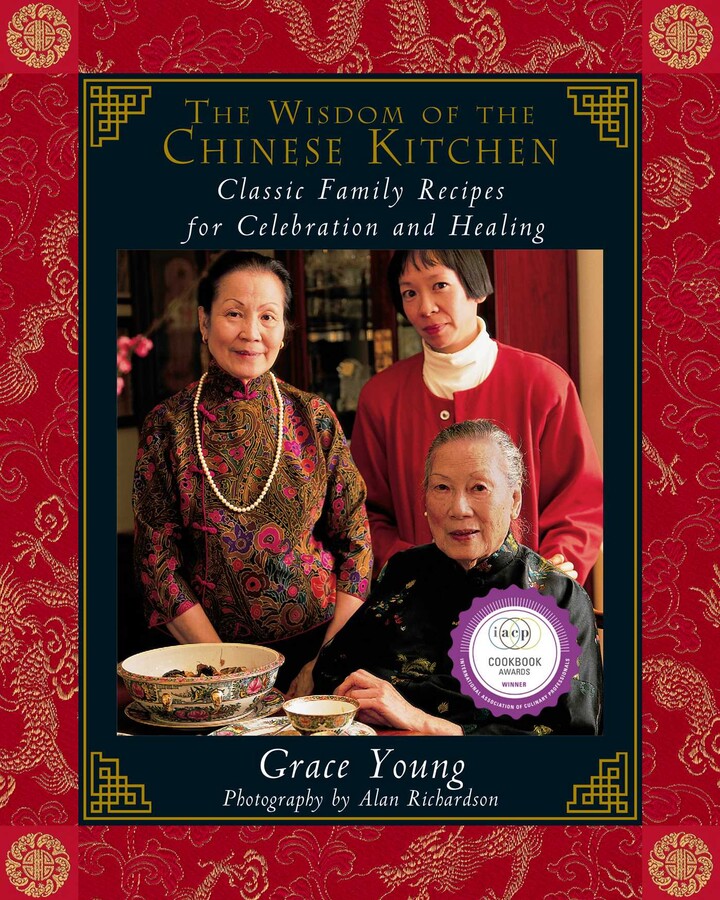 The Wisdom of the Chinese Kitchen

The Wisdom of the Chinese Kitchen, with its 150 recipes culled from a lifetime of family meals and culinary instruction, is much more than a cookbook. It is a daughter's tribute -- a collection of personal memories of the philosophy and superstitions behind culinary traditions that have been passed down through her Cantonese family, in which each ingredient has its own singular importance, the preparation of a meal is part of the joy of life, and the proper creation of a dish can have a favorable influence on health and good fortune. Each chapter begins with its own engaging story, offering insight into the Chinese beliefs that surround life-enhancing and spiritually calming meals. In addition, personal family photographs illustrate these stories and capture the spirit of China before the Revolution, when Young's family lived in Canton, Shanghai, and Hong Kong.
The first part, "Mastering the Fundamentals," provides instruction on the arts of steaming and stir-frying; the preparation of rice, panfried, and braised dishes; the proper selection of produce; and the fine arts of chopping and slicing. Part Two, "The Art of Celebration," concentrates on the more elaborate, complex, and meaningful dishes -- such as Shark's Fin Soup and West Lake Duck -- that are usually made with rare ingredients, and sweets such as Water Chestnut Cake and Sesame Balls. The final part, "Achieving Yin-Yang Harmony," explores the many Chinese beliefs about the healing properties of ginseng, gingko nuts, soybeans, dong quai, and the many vegetable and fruit soup preparations that balance and nourish the body. The stories and recipes combine to demonstrate the range of Cantonese cooking, from rich flavors and honored combinations to an overall appreciation of health, well-being, and prosperity.
In addition to the recipes, Young provides a complete glossary of dried herbs, spices, and fresh produce, accompanied by identifying photos and tips on where to purchase them. Unique traditional dishes, such as Savory Rice Tamales and Shrimp Dumplings, are also illustrated step by step, making the book easy to use. The central full-color photo section captures details of New Year's dishes and the Chinese home decorated in celebration, reminding one that these time-honored traditions live on, and the meals and their creation are connections to the past. 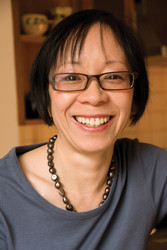 Grace Young is an award-winning food writer and the author of Stir-Frying to the Sky’s Edge, The Wisdom of the Chinese Kitchen and The Breath of a Wok. Her work has appeared in Gourmet, Metropolitan Home, Copia, Gastronomica, Eating Well, More, Fitness, Home, and Health magazine. For seventeen years, Young was the Test Kitchen Director and Director for Food Photography for over forty cookbooks published by Time-Life Books. She is now a consulting editor at Saveur.

Amy Tan A cookbook of family secrets that the Kitchen God's Wife would have been proud to write for her daughter.

Ken Hom author of Easy Family Recipes from a Chinese-American Childhood Grace Young's The Wisdom of the Chinese Kitchen is a poignant, touching look at her Chinese-American past. Each page is filled with delicious recipes written straight from the heart. This is more than a cookbook; it is a social history that deserves a place in every American library.

Paula Wolfert author of Mediterranean Grains and Greens It's so rare to come across a cookbook that I fall in love with at first sight. I heartily recommend The Wisdom of the Chinese Kitchen for its terrific recipes, intimate view of how Chinese-Americans eat, and charming writing. The sections on yin-yang harmony and shopping like a sleuth are worth the price alone!

The Wisdom of the Chinese Kitchen