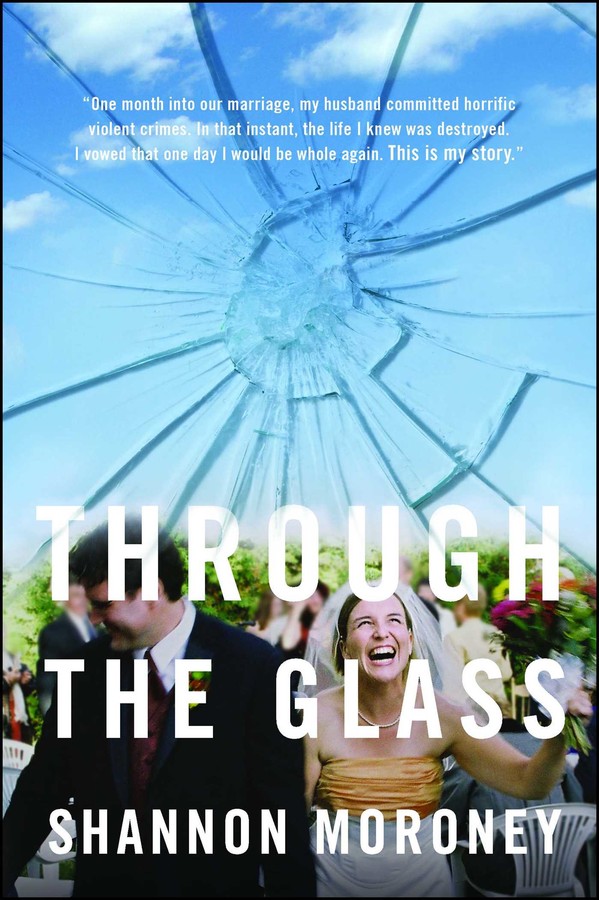 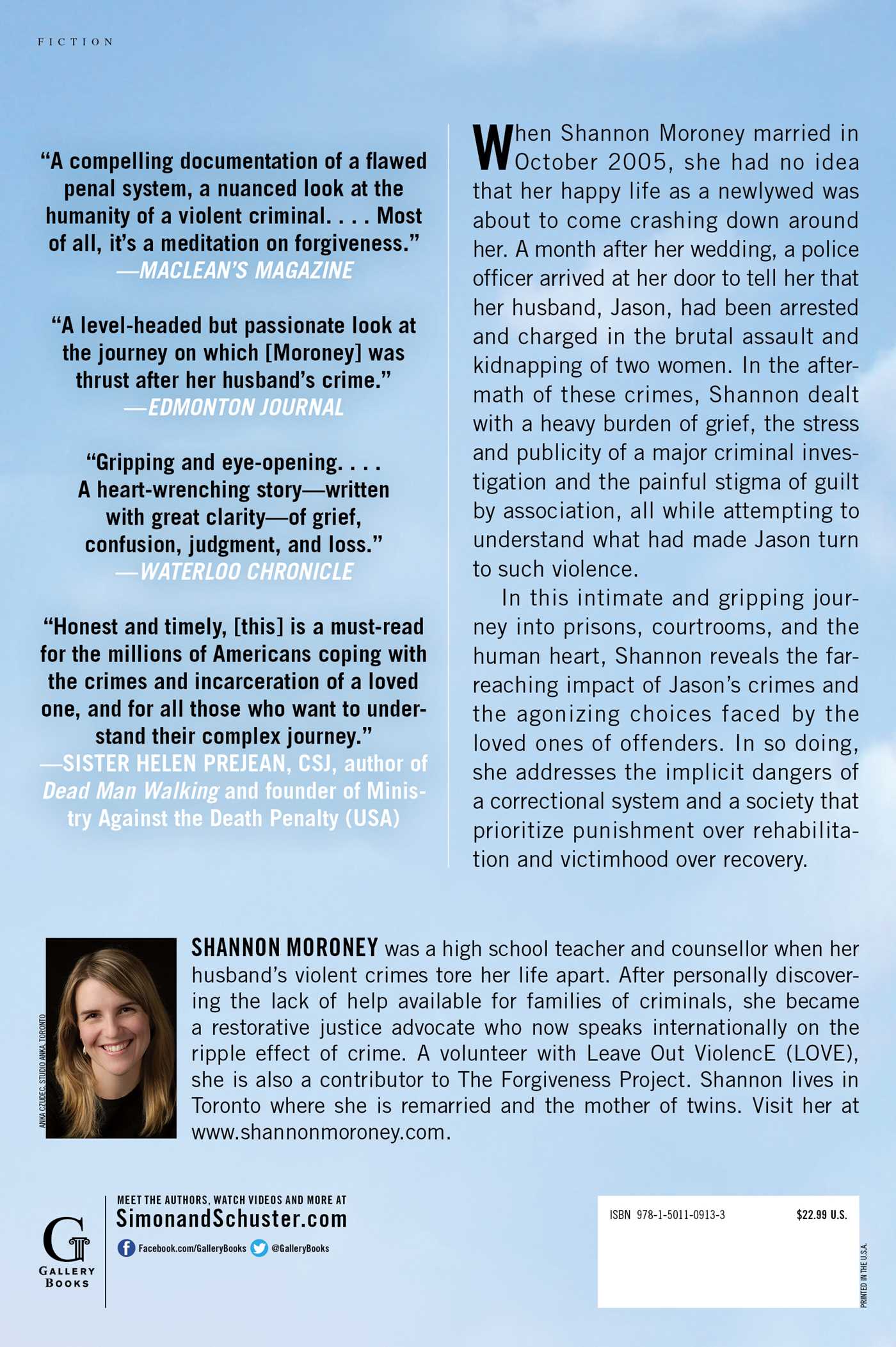 A remarkably compelling and harrowing story of love and betrayal and one woman’s pursuit of justice, redemption, and healing.

“One month into our marriage, my husband committed horrific violent crimes. In that instant, the life I knew was destroyed. I vowed that one day I would be whole again. This is my story.”

An impassioned, harrowing, and ultimately hopeful story of one woman’s pursuit of justice, forgiveness, and healing.

When Shannon Moroney got married in October 2005, she had no idea that her happy life as a newlywed was about to come crashing down around her. One month after her wedding, a police officer arrived at her door to tell her that her husband, Jason, had been arrested and charged in the brutal assault and kidnapping of two women. In the aftermath of these crimes, Shannon dealt with a heavy burden of grief, the stress and publicity of a major criminal investigation, and the painful stigma of guilt by association, all while attempting to understand what had made Jason turn to such violence.

In this intimate and gripping journey into prisons, courtrooms, and the human heart, Shannon reveals the far-reaching impact of Jason’s crimes and the agonizing choices faced by the loved ones of offenders. In so doing, she addresses the implicit dangers of a correctional system and a society that prioritize punishment over rehabilitation and victimhood over recovery.

This reading group guide for Through the Glass includes an introduction, discussion questions, and ideas for enhancing your book club. The suggested questions are intended to help your reading group find new and interesting angles and topics for your discussion. We hope that these ideas will enrich your conversation and increase your enjoyment of the book.

Shannon Moroney has only been married a month when police knock on her door and inform her that her husband has been arrested for the brutal kidnapping and assault of two women. Shannon is shocked to learn that the man she fell in love with is a deeply troubled individual with terrible secrets. As she tries to reconcile the man she thought she knew with the crimes he committed, Shannon fights through her grief and tries to manage the unwanted publicity and guilt-by-association that turns her life upside down. Shannon Moroney reveals the often-overlooked pain of offender’s families, and the shortcomings of a prison system that values punishment over rehabilitation. A powerful story of violence, justice, and the power of forgiveness, Through the Glass is a first-hand account of the many victims of violent crime.

1. On their first date, Jason reveals that he was in prison for ten years for murder. How does Jason explain his past? (pg.28) Shannon doesn’t write Jason off immediately, but instead decides he is worth getting to know. To make sure he is trustworthy, she speaks with his parole office and psychologist. Can you see yourself embarking on the same path, or do you think you would have gotten up from the table and walked away?

2. How does Shannon’s training and job as a guidance counselor influence how she reacts to Jason’s admission when they first meet? What do you think when she says, “I didn’t think it either necessary or appropriate for me to forgive Jason for his crime of murder”? (pg. 39)

4. In Chapter Six Shannon explores the difference between pity and compassion and says of Jason, “I didn’t hate the person he was.” (pg. 77) Discuss the difference Shannon establishes here. What lesson does Shannon gain from the example of Sister Helen Prejean?

5. Throughout the book, Shannon must deal with the different ways her friends treat her after Jason’s crime. In Chapter Ten, she receives a two-page letter from a close friend who is outraged by her support of Jason. Shannon feels unfairly targeted and begins to see that prisons, while protecting the public from offenders, also protect offenders from the public. Are the support of an offender and the support of victims mutually exclusive? Should Shannon’s friend have written to Jason instead?

6. The concept of forgiveness is very important to Shannon. What does she mean when she says that it can be “as liberating for the victim as it was for the perpetrator”? (pg. 139) Later she says, “Forgiveness put my life back into my own hands.” (pg. 284) How do Shannon’s actions toward Jason fulfill this belief? What rewards does Shannon reap in her life because she chooses a path of forgiveness?

7. Discuss the idea of unconditional love that is brought up in Chapter Fifteen. Do you believe in unconditional love? What about when it applies to the worst criminals in society, as Molly Wolf advocates in the Toronto Star article?

8. What is Jason’s “Blackness,” and does his explanation of it affect the way you view him? Does this help explain Jason’s appearance on the stand during his trial in Chapter Twenty Eight?

9. Throughout the book, Shannon navigates her own needs along with those of Jason and his victims. She comments, “Victimhood doesn’t have to be a lifetime diagnosis.” (pg. 233) Discuss what Shannon means here and how she makes this statement true for herself.

10. Does Through the Glass change your perception of the family and loved ones of criminals? How does it humanize their situation? What challenges do they face that might not be obvious to others?

11. In Chapter Twenty Four, Shannon questions the priorities and focus of the prison system. Through the Glass outlines the failure of prisons on many levels. How does the book support Shannon’s belief that prisons should focus more on rehabilitation? Do you agree with this view?

12. Jason is intent on accepting the dangerous offender designation. What consequences does this have for his sentence? What does Shannon mean when she says “‘Success’ took on a different meaning in this case: it would come by carving out a path for dignity and responsibility and not through achievement of a lesser sentence.” (pg. 293)

13. Discuss Jason’s statement to the court at his sentencing in Chapter Thirty One. What do you think of Jason by the end of the book? Can you reconcile his need to explain his life and emotions with his statement that he won’t make excuses for his actions?

14. On pg. 327, Shannon says: “Justice, as it plays out in courtrooms around the world, rarely fosters healing for anyone touched by crime.” She comes to believe in, and advocate for, a framework called “restorative justice” (RJ). Re-read the three questions that RJ poses (page 253), then brainstorm answers related to a high-profile criminal case in your community or one currently in the news.

15. As you read Through the Glass, did you find your opinion of Shannon changing as her story unfolded? What was the most important thing that helped you understand Shannon?

1. Research restorative justice programs and bring a fact or something you found interesting to share with your book club. To get started, visit Dr. Howard Zehr’s blog at www.emu.edu/now/restorative-justice or www.realjustice.org.

2. Host a movie night with your book club and watch Dead Man Walking—the story of Sister Helen Prejean and death row inmate Matthew Poncelet. Discuss how the movie relates to the events of Through the Glass.

3. For a list of recommended reading and to learn more about Shannon Moroney visit www.shannonmoroney.com. 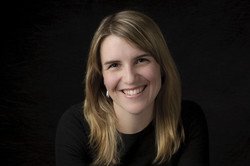 Shannon Moroney was a high school teacher and counselor when her husband's violent crimes tore her life apart. She is now a volunteer with Leave Out ViolencE (LOVE) and a contributor to The Forgiveness Project. She lives in Toronto where she is remarried and the mother of twins.

“A vivid, heartbreaking and eye-opening journey through thejustice system that gives voice to the forgotten victims of crime—the familiesand friends of people who offend. Honest and timely, it is a must-read for themillions of Americans coping with the crimes and incarceration of a loved one,and for all those who want to understand their complex journey.”