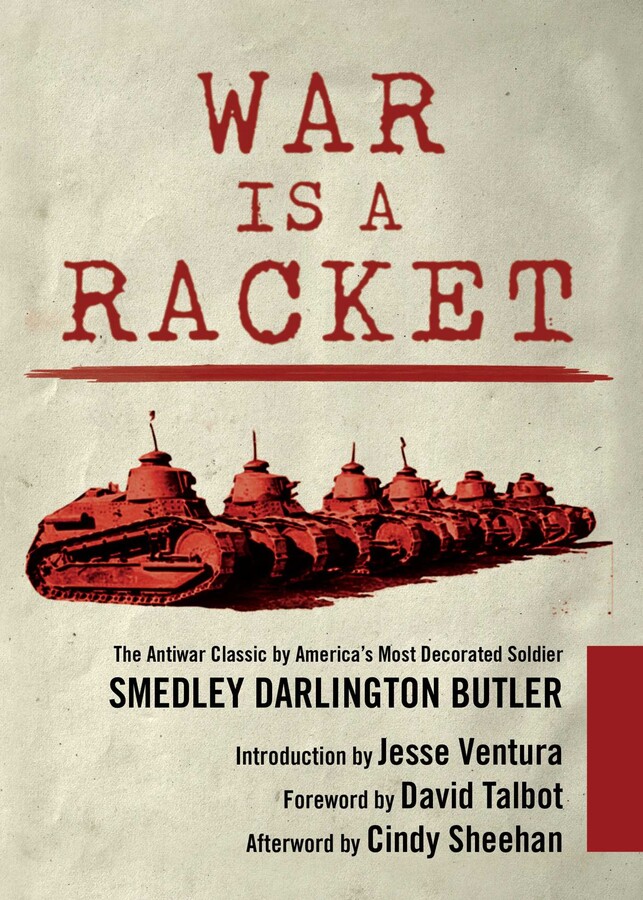 War Is a Racket

The Antiwar Classic by America's Most Decorated Soldier

US Marine Corps Major General Smedley Butler collected an award cabinet full of medals for his battlefield bravery. But perhaps his bravest act of all was to declare, after his retirement in the early 1930s, who was really winning (and losing) during the bloody clashes.

It was business interests, he revealed, who commercially benefited from warfare. War Is a Racket is the title of the influential speech Butler delivered on a tour across the United States, as well the expanded version of the talk that was later published in 1935and is now reprinted here. This seminal piece of writing rings as true today as it did during Butler’s lifetime.

In his introduction, Jesse Ventura reviews Butler’s original writings and relates them to our current political climateexplaining how right he was, and how wrong our current system is. With an insightful new foreword by Salon.com founder David Talbot, and a new afterword by activist Cindy Sheehan, this portable reference will appeal to anyone interested in the state of our country and the entire world.

War Is a Racket

The Antiwar Classic by America's Most Decorated Soldier