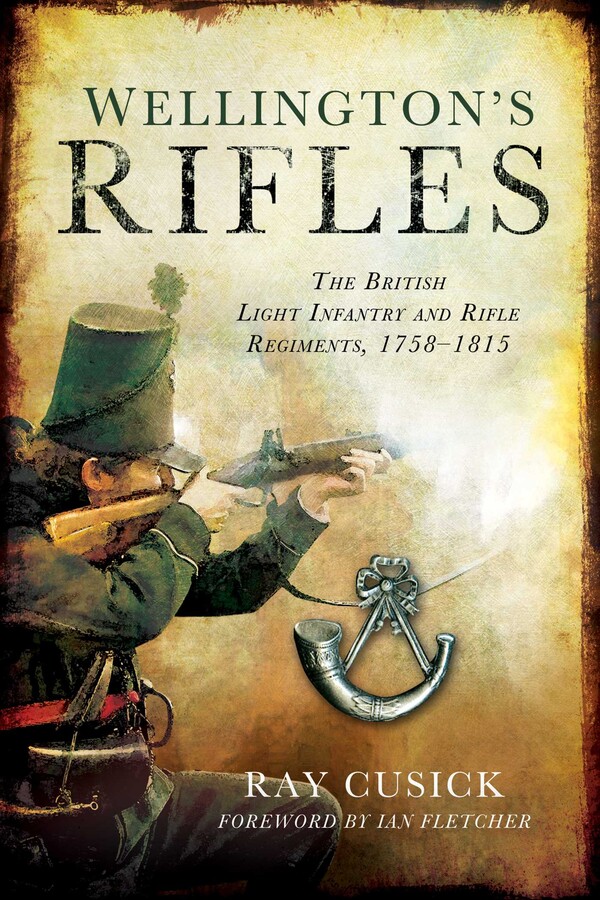 Until now there has not been a serious study of the rifle-armed regiments of the British Army that earned such renown in the Peninsular and Waterloo campaigns. Compiled by a former rifleman, Ray Cusick, who has written extensively on the subject, Wellington’s Rifles examines the new rifle regiments, how they came about, their development, and their actions.

The author also investigates the introduction of rifled muskets into the British Army in the French and Indian wars of the eighteenth century, where they were shunned by the military establishment, to their transition into a key element in Wellington’s extraordinarily successful Peninsular army.

The training and tactics of the riflemen are explained and each significant engagement in which they were involved is explored in thrilling detail. It was the riflemen of the 95th Regiment that inspired Bernard Cornewell’s famous series of Richard Sharpe books. That was the fictionhere is the reality. Featuring a foreword by renowned Napoleonic historian Ian Fletcher, Wellington’s Rifles is an authoritative account of the early history of rifle regiments in the British Army.