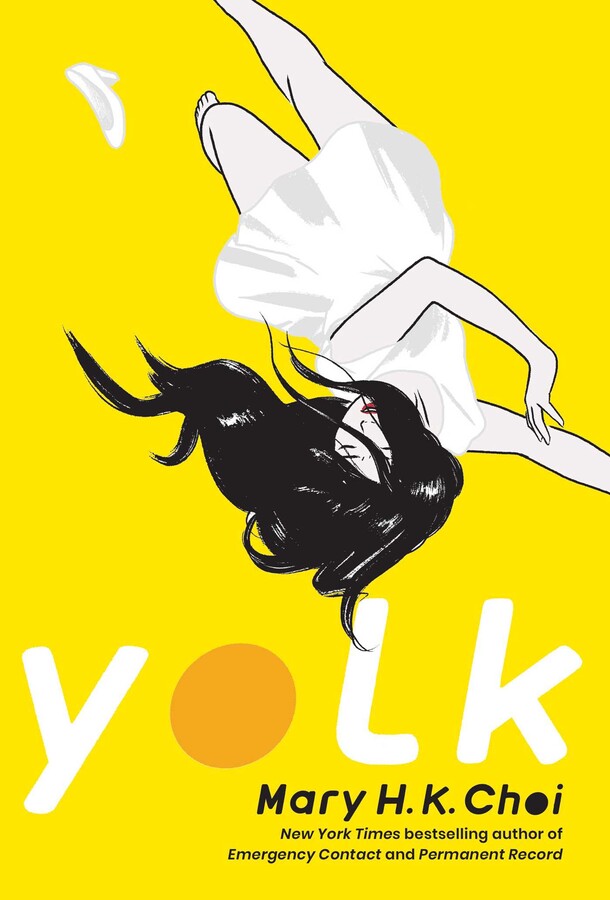 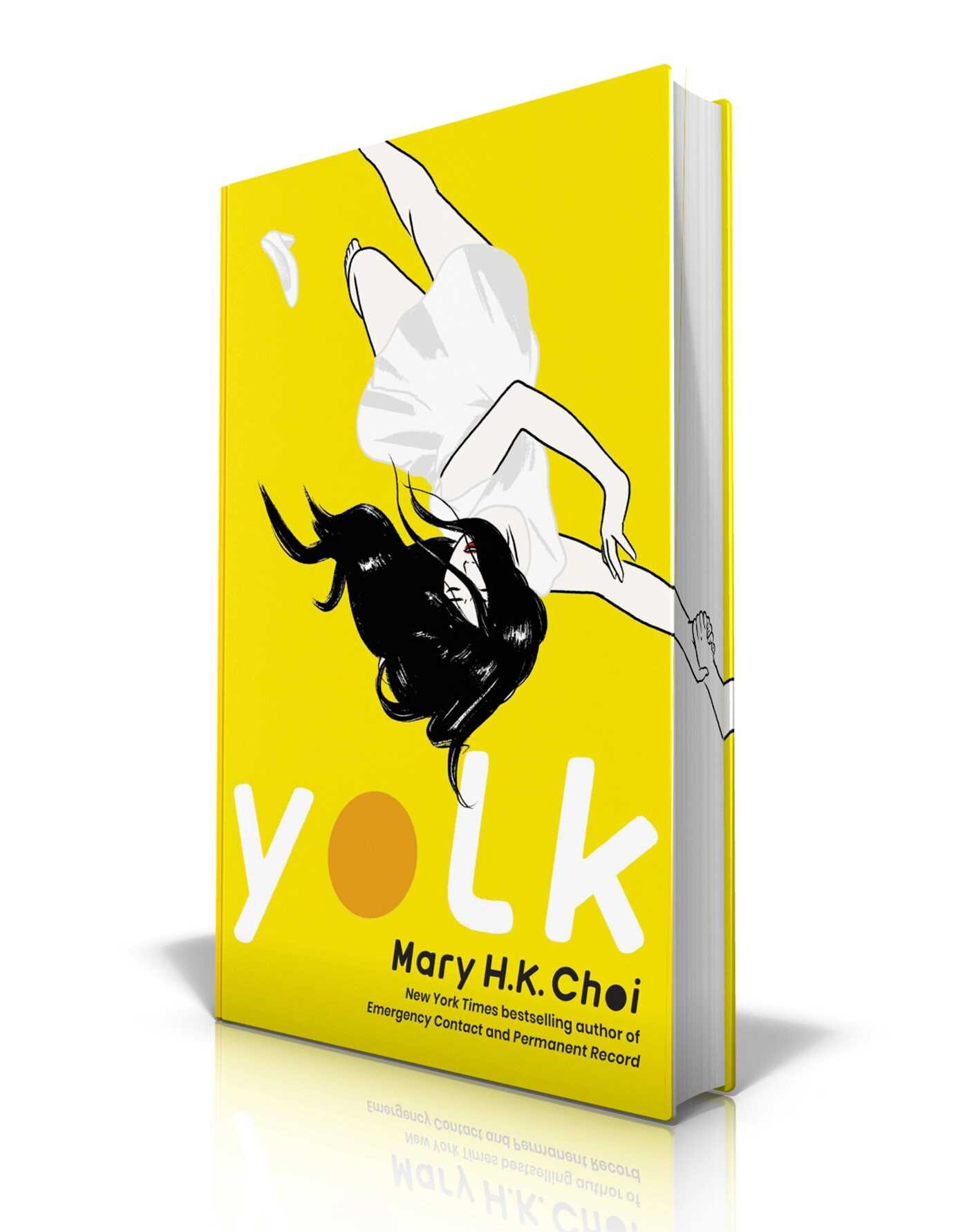 “Sneaks up on you with its insight and poignancy.” —Entertainment Weekly

From New York Times bestselling author Mary H.K. Choi comes a funny and emotional story about two estranged sisters and how far they’ll go to save one of their lives—even if it means swapping identities.

Jayne and June Baek are nothing alike. June’s three years older, a classic first-born, know-it-all narc with a problematic finance job and an equally soulless apartment (according to Jayne). Jayne is an emotionally stunted, self-obsessed basket case who lives in squalor, has egregious taste in men, and needs to get to class and stop wasting Mom and Dad’s money (if you ask June). Once thick as thieves, these sisters who moved from Seoul to San Antonio to New York together now don’t want anything to do with each other.

That is, until June gets cancer. And Jayne becomes the only one who can help her.

Flung together by circumstance, housing woes, and family secrets, will the sisters learn more about each other than they’re willing to confront? And what if while helping June, Jayne has to confront the fact that maybe she’s sick, too?

Chapter 1 chapter 1
Depending on where I focus and how much pressure I apply to the back of my throat, I can just about blot him out. Him being Jeremy. Him who never shuts up. Him being my ex. He whose arm is clamped around the back of the café chair that belongs to another girl. She’s startlingly pretty, this one. Translucent and thin. Achingly so. She has shimmering lavender hair and wide-set, vacant eyes. Her name is Rae and when she offers her cold, large hand, I instinctively search her face for any hint of cosmetic surgery. Her lids, her lips, the tip of her nose. Her boots are Ann Demeulemeester, the ones with hundreds of yards of lace, and her ragged men’s jacket, Comme.

“I like your boots,” I tell her, needing her to know that I know, and immediately hating myself for it. I’m so intimidated I could choke. She smiles with such indulgent kindness I feel worse. She’s not at all threatened by me.

“I got them here,” she tells me in faultless English. I don’t ask her where there might be.

Jeremy says I’m obsessed with other women. He might be right. Then again, someone once described Jeremy’s energy to me as human cocaine, and they were definitely right.

“Mortifying.” He shudders, blotting his slick mouth with a black cloth napkin. Jeremy’s the only one eating a full-on meal here at Léon. A lunch of coq au vin. I draw in a deep breath of caramelized onion. All earthy, singed sugar.

“Can you imagine failing at New York so publicly that you have to ‘move home’?” He does twitchy little scare quotes around the last bit. He does this without acknowledging that for him, moving home would be a few stops upstate on Metro-North, to a town called Tuxedo. A fact he glosses over when he calls himself a native New Yorker.

I watch Rae, with a small scowl nestled above her nose, purposely apply a filter on her Instagram Story. It’s her empty espresso cup at an angle. I lean back in my wicker café chair and resume lurking her profile, which I can do in plain sight because I have a privacy shield.

It’s the typical, enigmatic hot-girl dross on her main feed, scones cut out onto a marble surface dusted with flour, her in a party dress in a field. A photo of her taking a photo in a mirror with a film camera.

In an image farther down, Rae is wearing a white blouse and a black cap and gown. Grinning. It’s a whole different energy. When I arrive at the caption, I close my eyes. I need a moment. I somehow sense the words before they fully register. She graduated from Oxford. It’s crushing that most of the caption is in Korean. She’s like me but so much better.

My will to live leeches out of my skin and disappears into the atmosphere. I should be in class. I once calculated it, and a Monday, Wednesday, Friday course costs forty-seven dollars, not counting rent. Counting rent in this city, it’s exactly one zillion.

“Yeah, hi.” Jeremy flags down a passing server. A curvy woman with a tight Afro turns to us, arms laden with a full tray of food. “Yeah, can you get me a clean glass of water?” He holds his smeared glass to the light.

“I can,” she says through her teeth, crinkling her eyes and nodding in a way that suggests she’s garroting him in her mind.

“That’s not our server,” I whisper when she leaves. As a restaurant kid, albeit a pan-Asian strip-mall operation that charges a quarter for to-go boxes, I cringe with my whole body. Jeremy shrugs.

I check myself out in the strip of antique mirror behind Rae’s and Jeremy’s heads. I swear my face is wider now than it was this morning. And the waistband of my mom jeans digs into my gut flesh, stanching circulation in my lower belly and thighs. I can feel my heartbeat in my camel-toe. It’s a dull pain. A solid distraction from this experience. I wonder if they were talking about me before I arrived.

I eye the communal french fries. Saliva pools in the back of my gums. Ketchup is my kryptonite. Especially swirled with ranch dressing, which I’ve trained myself to give up. The Raes of the world would never. Or they would and it would be quirky and wholesome.

Her leg is the circumference of my arm.

I smile at the room in a way I imagine would appear breezy yet bored in a film about heartbreak. I love this place. You’d never guess that a dumpy French restaurant from the seventies would be the new hotspot, but that’s the other thing Jeremy’s good for: knowing the migratory practices of various clout monsters. That and ignoring the tourists as he sweet-talks Oni the hostess into ushering us past the busy bar and into the seats in the way, way back.

Someday I’m going to eat a meal in a New York restaurant by myself without burning with shame.

“I have to get this dog, right?” interrupts Rae, lifting a fry to her mouth. When she chews, a pad of muscle pulses at her temples. She leans into me and shows me a Pomeranian puppy. “I want a rescue, but look at him.” She strokes the photo with her thumb. “I don’t know if I can wait.”

I glance at Jeremy, who’s paused with his fork raised to his mouth. “What time is our thing?” he asks her.

“What thing?” It’s out before I can think.

Rae’s eyes flit to Jeremy’s and skitter back to me.

They let my question hang in the air like a smell.

“No, come!” exclaims Rae, squeezing my forearm for emphasis. “God, I’m so awkward.” She laughs at herself ruefully. “It’s just an intimate gathering at a dear friend’s home. It’s a safe space, so I have to make sure it’s okay.” Her eyes narrow meaningfully, placing an open palm on my leg. “But if it’s a no, I hope you can respect that it’s nothing personal.”

“Honestly,” I tell her, convinced that all her friends are sylphlike and terrifying. “I have to leave right after this.”

Jeremy pushes his plate away. I hand him my water before having to be asked. His eyes dart past me to beetle all around us. Party eyes. Shiny. Hard. Roving for people to say hello to. I get it. I love New York precisely for this reason. The culture. The vibration. The relevance. The crackly frisson of opportunity. When we first met, it was this gleaming, hungry aspect of him that I liked best. His magnetism was contagious, especially when he motormouthed at you about his grand plans. You felt like you were on his team.

He pulls his sunglasses out and cleans them with my napkin. Not so long ago he was beautiful to me. Partly because he’s tall. Not even New York tall but objectively tall. Over six feet. But it was his ambition that drew me to him. I’d never met anyone who could talk at that pace. It was astonishing. But now, I can see him how others might. His straw-blond hair and skin tone blend his features together in a vague soup, blurring an already uncertain chin.

But then he’ll say something so quintessentially, winsomely New York that I’m scared to let him go. And he knows everyone. From models to door guys. Once we ordered weed to the house and it turned out he played basketball with the delivery dude. When they gave each other a pound, I was so envy-struck I could barely speak. It doesn’t help that on the rare occasion Jeremy introduces me to his friends—their eyes glaze over in disinterest.

Jeremy calls himself a poet. And a performance artist. But, for him, neither of these things particularly mean anything, and combined they mean even less. Mostly he focuses his efforts on a literary magazine that I’ve designed pages for but never seen in real life. In short, he’s a bartender at Clandestino over on East Broadway. I try not to think about how much money he owes me. And how we shared a bed for months and then stopped.

The only time I don’t hate him is when I think he’s mad at me.

“I’d rather die than go home,” I say to no one in particular. 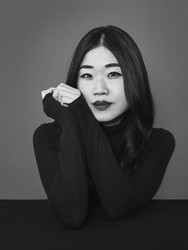 Mary H.K. Choi is the New York Times bestselling author of Emergency Contact, Permanent Record, and Yolk. She is the host of, Hey, Cool Job!, a podcast about jobs and Hey, Cool Life!, a micro-pod about mental health and creativity. Her writing has been featured in The Atlantic, The New York Times,and GQ. She lives in Brooklyn, New York. Follow her on Twitter @ChoitotheWorld.

“Sneaks up on you with its insight and poignancy.” —Entertainment Weekly

“[Choi] has a knack for capturing the frenetic, vibrating voices and perspectives of young people as they enter and navigate the world.” —Conde Nast Traveler

“What lingers longest is the resonating, multifaceted story of Jayne and June Baek…[Choi’s] openness—personally, culturally, geographically—gives her narrative a seamless, insider fluency; her writing is consistently assured, her dialogue nimbly tuned, even her pain potently channeled through Jayne's struggles.” —Shelf Awareness Pro

“This poignant story underscores self-sacrifices that prove to be life-sustaining in the name of sisterly love. Intense, raw, textured.” —Kirkus Reviews