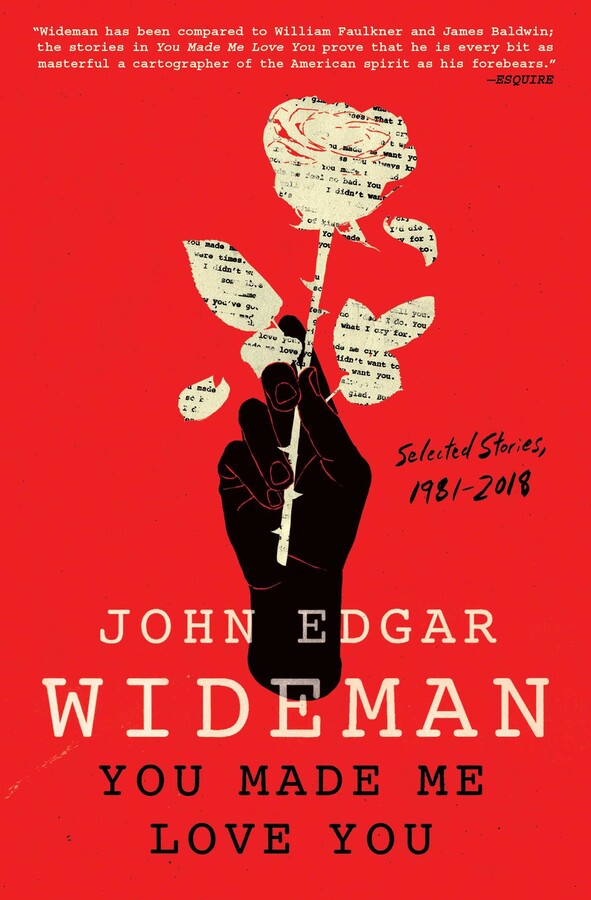 You Made Me Love You

A powerful and “stunning” (Publishers Weekly, starred review) selection of the best of John Edgar Wideman’s short stories over his fifty-year career, representing the wide range of his intellectual and artistic pursuits.

When John Edgar Wideman won the PEN Malamud Award in 2019, he joined a list of esteemed writers—from Eudora Welty to George Saunders—all of whom are acknowledged masters of the short story. Wideman’s commitment to short fiction has been lifelong, and here he gathers a representative selection from throughout his career, stories that “have a wary, brooding spirit, a lonely intelligence…[and] air the problem of consciousness, including the fragile contingency of our existence” (The New York Times).

Wideman’s stories are grounded in the streets and the people of Homewood, the Pittsburgh neighborhood of his childhood, but they range far beyond there, to the small western towns of Wyoming and historic Philadelphia, the contemporary world and the ancient past. He explores the interior lives of his characters, and the external pressures that shape them. These stories are as intellectually intricate as they are rich with the language and character. “Wideman has been compared to William Faulkner and James Baldwin…[these] prove that he is every bit as masterful a cartographer of the American spirit as his forebears" (Esquire).

Comprised of thirty-five stories drawn from past collections (American Histories, Briefs, God’s Gym, All Stories Are True, Fever, and Damballah), and an introductory essay by the National Book Critics Circle board member and scholar Walton Muyumba, this volume of Wideman’s selected stories celebrates the lifelong significance of this major American writer’s essential contribution to a form—illuminating the ways that he has made it his own. “If there were any doubts Wideman belongs to the American canon, this puts them to bed” (Publishers Weekly, starred review). 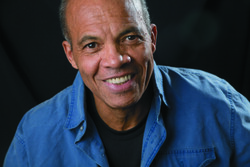 John Edgar Wideman’s books include, among others, American Histories, Writing to Save a Life, Brothers and Keepers, Philadelphia Fire, Fatheralong, Hoop Roots, and Sent for You Yesterday. He won the PEN/Faulkner Award twice and has twice been a finalist for the National Book Critics Circle Award and National Book Award. He is a MacArthur Fellow and a recipient of the Lannan Literary Award for Lifetime Achievement, the PEN/Malamud Award for Excellence in the Short Story. He divides his time between New York and France.

"[John Edgar Wideman's] postindustrial Pittsburgh is the locus of many of his novels and memoirs, and its texture and sociology burn a hole through the stories in “You Made Me Love You: Selected Stories, 1981-2018... Wideman’s stories have a wary, brooding spirit, a lonely intelligence. They carry a real but atrophied affection for America. He airs the problems of consciousness, including the fragile contingency of our existence."—Dwight Garner, The New York Times

"With [Wideman's] searing explorations of race and rage, of language and laughter, of sin and suffering, he's both timeless and topical. We all stand on his broad shoulders."—Oprah Daily

"Compiled over a 37-year span, this selection of short stories...introduces the reader to characters who face peril, pathos, and heartache. A singular muscularity infuses these narratives, a confidence that astonishes."—Arts Fuse Magazine

"This career-spanning collection of work by Wideman, with a revelatory foreword by critic and scholar Walton Muyumba, offers a stunning showcase of Wideman's range... If there were any doubts Wideman belongs to the American canon, this puts them to bed."—Publisher's Weekly, starred review

"Wideman has been compared to William Faulkner and James Baldwin; the stories in You Made Me Love You prove that he is every bit as masterful a cartographer of the American spirit as his forebears."—Esquire

"You Made Me Love You at last assembles the best of Wideman’s [stories]—rich, strange, and deeply felt—for anybody or everybody to read."
—AV Club, Most Anticipated of 2021

"Spanning three decades and showcasing 35 stories from venerated Wideman's accomplished career, this stunning collection is a testament to ingenious storytelling. Through vividly portrayed voices, evocative settings, and expansive themes, these tales put Wideman’s talent for exploring the indelible connections that unite generations on full display ... This is an essential collection for both readers familiar with Wideman’s oeuvre and those just discovering this modern master."—Booklist, starred review

You Made Me Love You