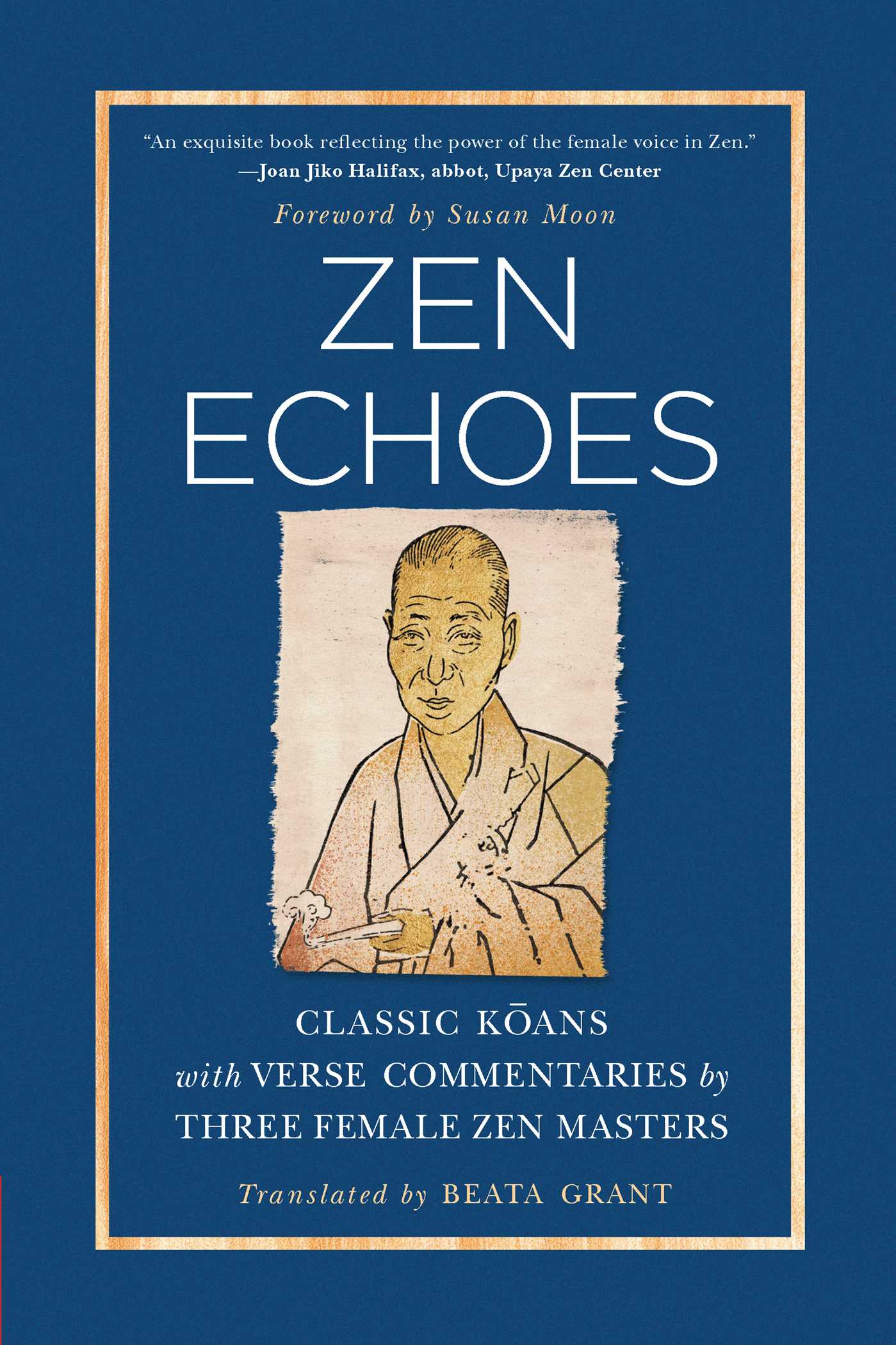 The voices of three female Zen masters reverberate in this much-needed collection.

Too often the history of Zen seems to be written as an unbroken masculine line: male teacher to male student. In this timely volume, Beata Grant shows us that women masters do exist—and have always existed.

Zen Echoes is a collection of classic koans from Zen’s Chinese history that were first collected and commented on by Miaozong, a twelfth-century nun so adept that her teacher, the legendary Dahui Zonggao, used to tell other students that perhaps if they practiced hard enough, they might be as realized as her. Nearly five hundred years later, the seventeenth-century nuns Baochi and Zukui added their own commentaries to the collection. The three voices—distinct yet harmonious—remind us that enlightenment is at once universal and individual.

In her introduction to this shimmering translation, Professor Grant tells us that the verses composed by these women provide evidence that “in a religious milieu made up overwhelmingly of men, there were women who were just as dedicated to Chan practice, just as advanced in their spiritual realization, and just as gifted at using language to convey that which is beyond language.”

“Zen Echoes is an exquisite book reflecting the power of the female voice in Zen.”

“Zen Echoes is a valuable and unique addition to the growing literature, in English, of Ch'an. Beata Grant has done a thorough and masterful job of clear translation, with plenty of notes to explain the many references, of forty-three Zen koans (some familiar, many important, but not so familiar) with verse commentaries by three women Ch'an masters. As Grant points out, there isn’t anything feminist or even “female” about those verses. They are simply brilliant poetic teachings, from Ch'an's most developed eras, by three great masters who happen to be women. A text to ponder and savor.”

– Norman Fischer, author of What Is Zen?

“With her exquisite translation, Grant offers us a precious gift, the koan commentaries of three female Zen Masters. As Westerners immerse themselves in studying and practicing Zen Buddhism, we need to add both the fact and substance of the female ancestors—previously thought to be non-existent—and move beyond Zen understanding based solely on patriarchal teachings. In Grant’s work, we hear the vivid and embodied teachings of two women Zen Masters, relating to and commenting on an earlier distinguished women Zen master. When Baochi demands: “My breast surges with hot blood; can anyone understand this?” Grant leads us closer to answering Baochi, by intimately exposing the warm Zen heart of its female ancestors.”

“This is a wonderful and highly readable translation of a previously overlooked but extremely important collection of verse comments on several dozen koan cases by three eminent female Chinese Chan masters, who interacted creatively with male counterparts. In Beata Grant's capable hands, various Dharma battles involving traditional stories with questions and answers that are given original poetic interpretations come to life for the reader. Zen Echoes is an instant classic that illuminates the rich fields of Buddhist literature and cultural history, as well as studies of women's roles in East Asian religion.”

“I deeply appreciate Beata Grant’s work on translation of the three Chinese women Zen masters. This is a wonderful addition to the Zen literature available in English. 12th century Zen Master Miaozong said in her verse commentary on the famous koan ‘The World-Honored One Ascends the Seat,’ “The prison gates shatter into a hundred bits and pieces.” We are able to be released from our self-made prison by studying and practicing following them.”