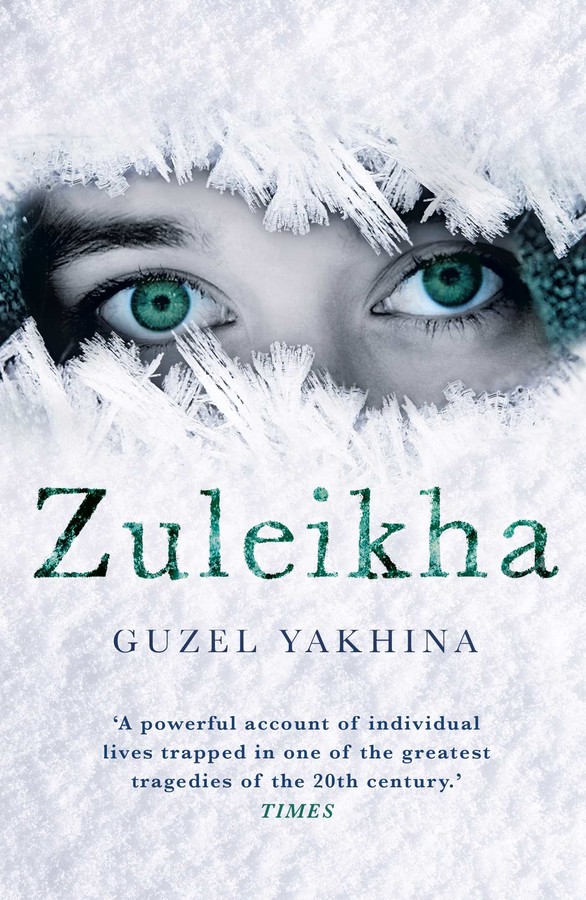 WINNER OF THE BIG BOOK AWARD, THE LEO TOLSTOY YASNAYA POLYANA AWARD AND THE BEST PROSE WORK OF THE YEAR AWARD

A sweeping, multi-award winning novel set in the aftermath of the Russian Revolution, as gangs of marauding soldiers terrorise and plunder the countryside.

Zuleikha, the 'pitiful hen', is living in the home of her brutal husband and despotic mother-in-law in a small Tatar village. When her husband is executed by communist soldiers for hiding grain, she is arrested and sent into exile in Siberia. In the first gruelling winter, hundreds die of hunger, cold and exhaustion. Yet forced to survive in that harsh, desolate wilderness, she begins to build a new life for herself and discovers an inner strength she never knew she had. Exile is the making of Zuleikha.

‘A powerful account of individual lives trapped in one of the greatest tragedies of the 20th century.’

‘Yakhina’s prose can be exquisite, especially in sequences such as the one where Zuleikha watches prisoners escaping from the train… It is Zuleikha’s perspective and the way in which she adapts that capture our attention. The unexpected birth of a son.. and her transformation from a passive to a powerful protagonist is one of the joys of Yakhina’s work.’

‘Written in a rich and highly visual prose... Zuleikha's story is one of injustice and pain, but also of a woman's emancipation and renewal.’

‘As we watch its heroine’s existence devolve from an oppressive domestic servitude into something disastrously worse, Guzel Yakhina’s sprawling, ambitious first novel Zuleikha reminds us just how brutal the Soviet system was… Zuleikha does an admirable job of dramatizing a historical period rapidly receding into the forgotten past… Dramatic and eventful, Zuleikha sweeps us into a distant era.’

'Guzel Yakhina's novel hits the heart. It’s a powerful anthem for love and tenderness in hell.'

'An intimate story of human endurance.'

‘While many writers have attempted to comprehend Soviet history's darkest moment, Yakhina finds a way to make it new.’

– Russia Beyond the Headlines

'A forceful, award-winning and debate-sparking debut novel about life in the Gulag… The novel pulsates with tension...a big, bold and fascinating book.'

'It is 1930 in the Soviet Union and Josef Stalin's dekulakization programme has found its pace. Among the victims is a young Tatar family: the husband murdered, the wife exiled to Siberia. This is her story of survival and eventual triumph. Winner of the 2015 Russian Booker prize, this debut novel draws heavily on the first-person account of the author's grandmother, a Gulag survivor.'

‘This is a powerful Russian saga, giving an immense overview of life under communist rule... This author is a master at painting an image of the world as it was then.’

‘Zuleikha has an energy that is hard to resist.’

'There’s something that Guzel Yakhina succeeds in transmitting with an amazing, sharp exactness: a woman’s attitude towards love. Not towards a subject of love, but towards love itself.'

‘Yakhina's debut novel has shaken the Russian book world so deeply over its first three years of life that her second book topped the 2018 sales charts alongside international bestsellers by Dan Brown and Jojo Moyes... This tale of a woman who holds onto compassion while enduring atrocity also features cinematic narration and intricate plot construction.’