The original Star Trek series focuses on the twenty-third century adventures of Captain James T. Kirk and the U.S.S. Enterprise (NCC-1701), a powerful interstellar spacecraft dispatched by Earth-based Starfleet Command to explore the galaxy. Kirk commands a crew of 430 men and women aboard his starship, which can travel at speeds surpassing the speed of light. Kirk's five-year mission—and his mandate from Starfleet—is to seek out new life and new civilizations, and to boldly go where no man has gone before. 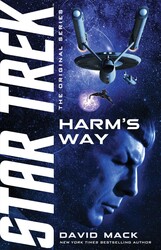 Captain James T. Kirk and the crew of the Starship Enterprise go in search of a missing Federation scientist—only to become trapped between a Klingon warship and...