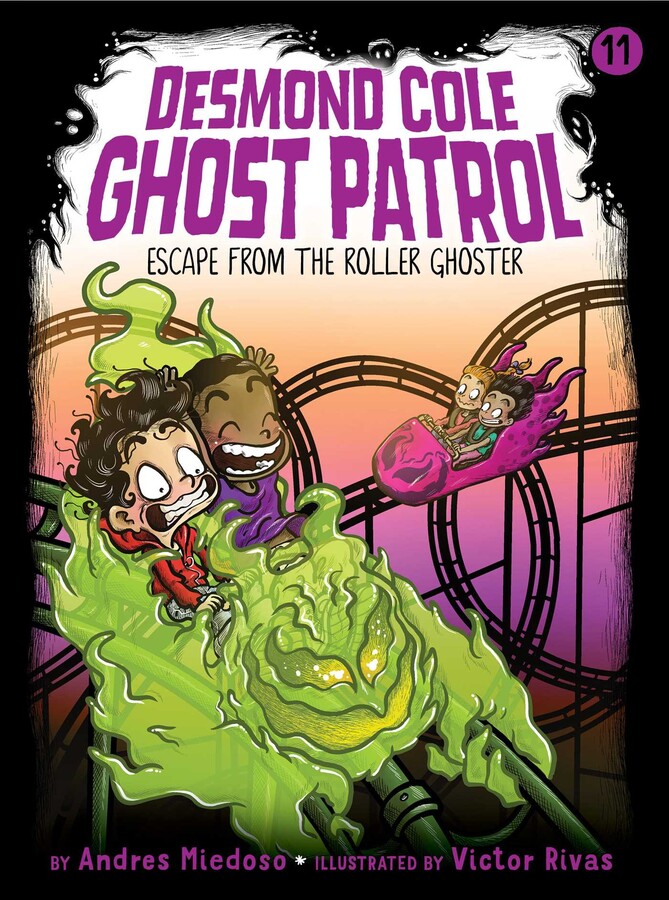 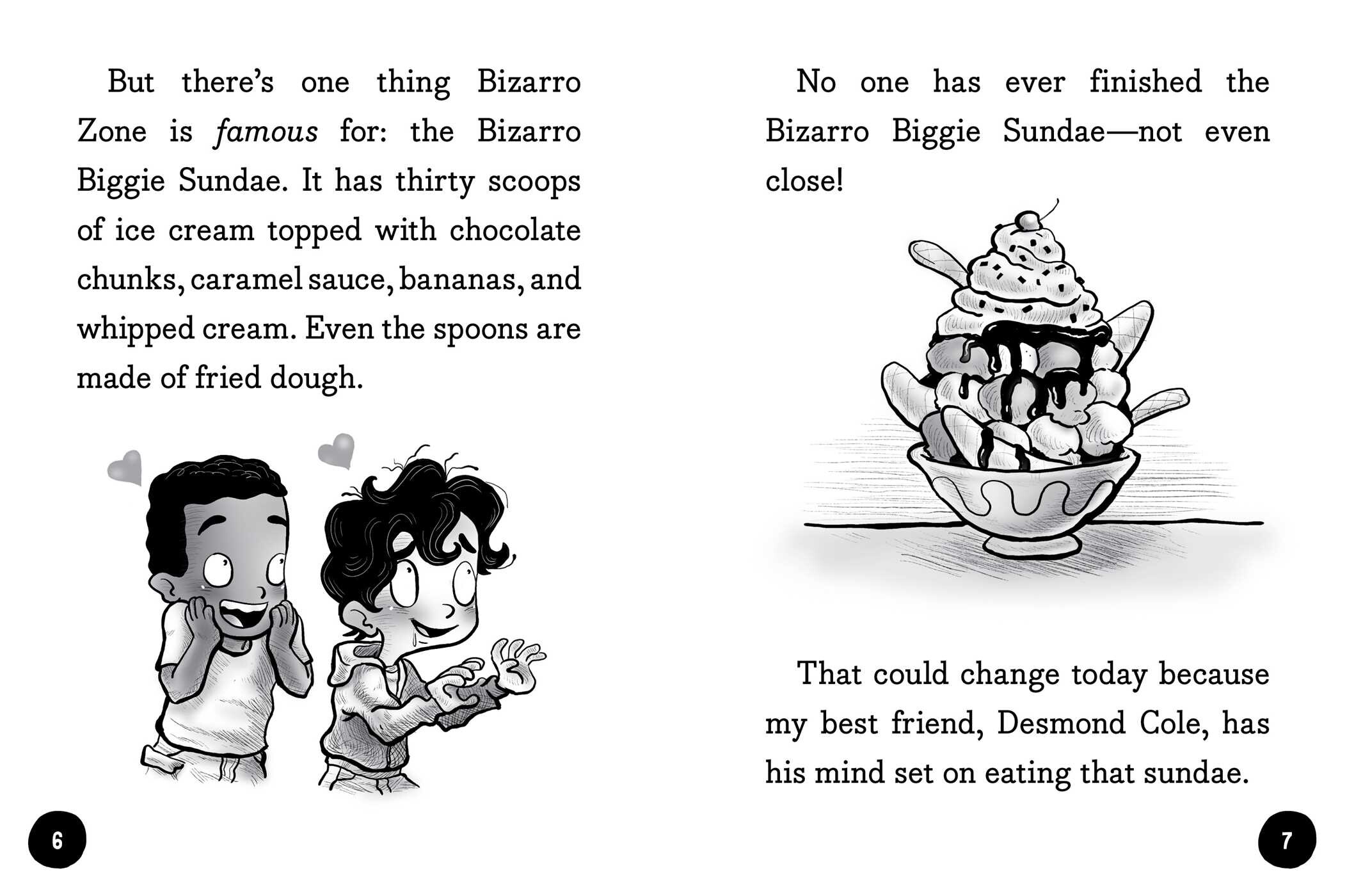 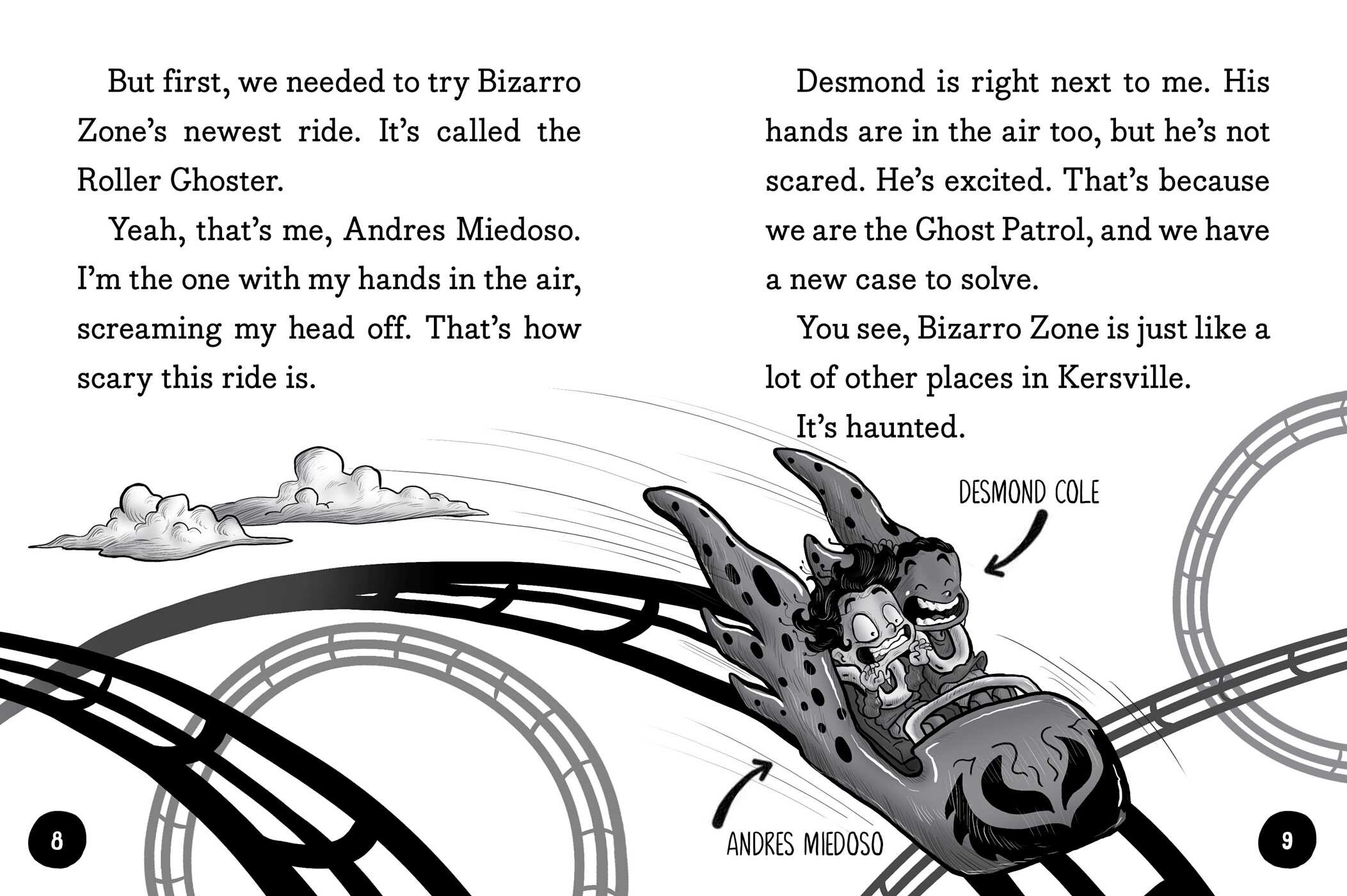 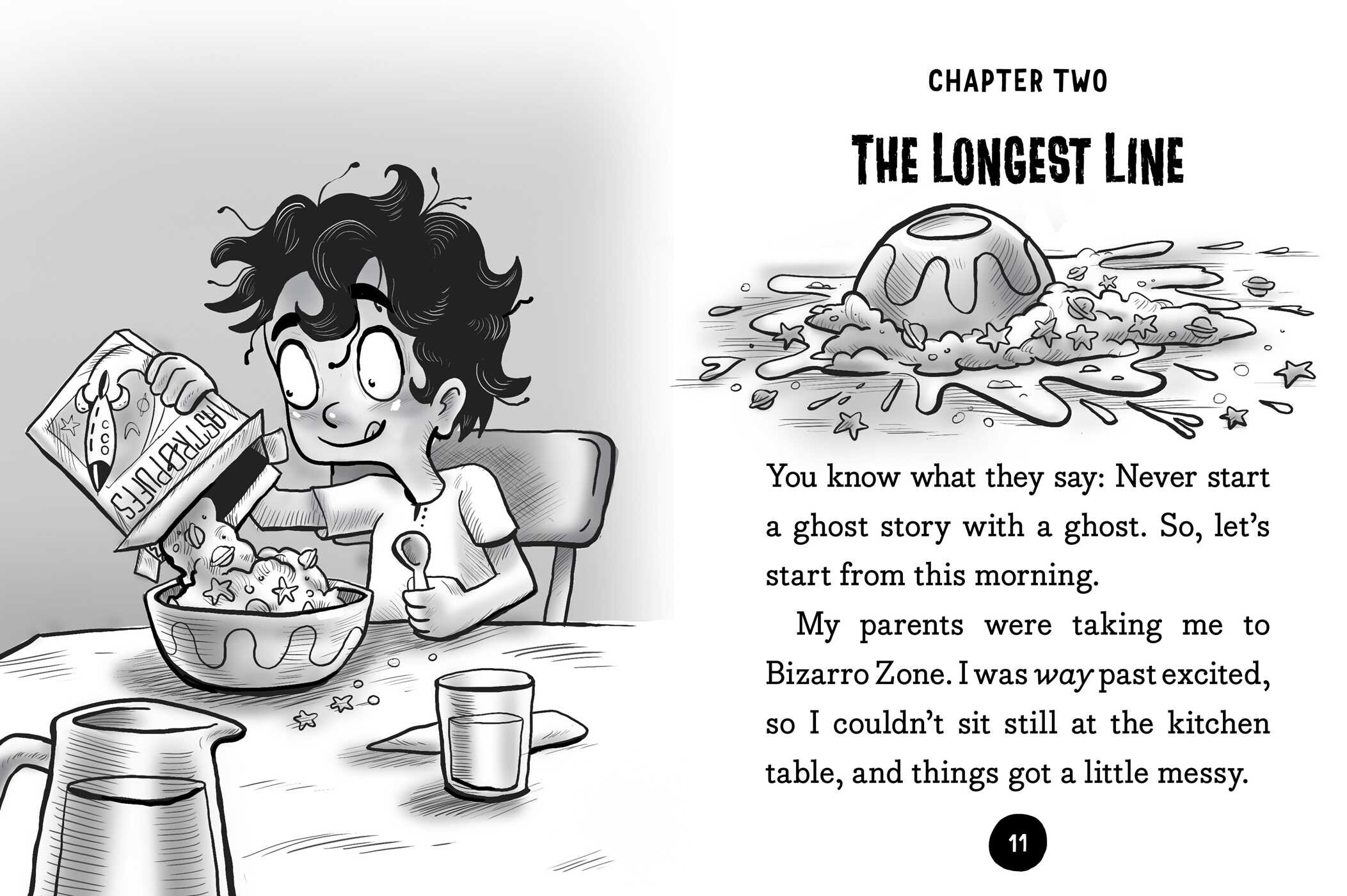 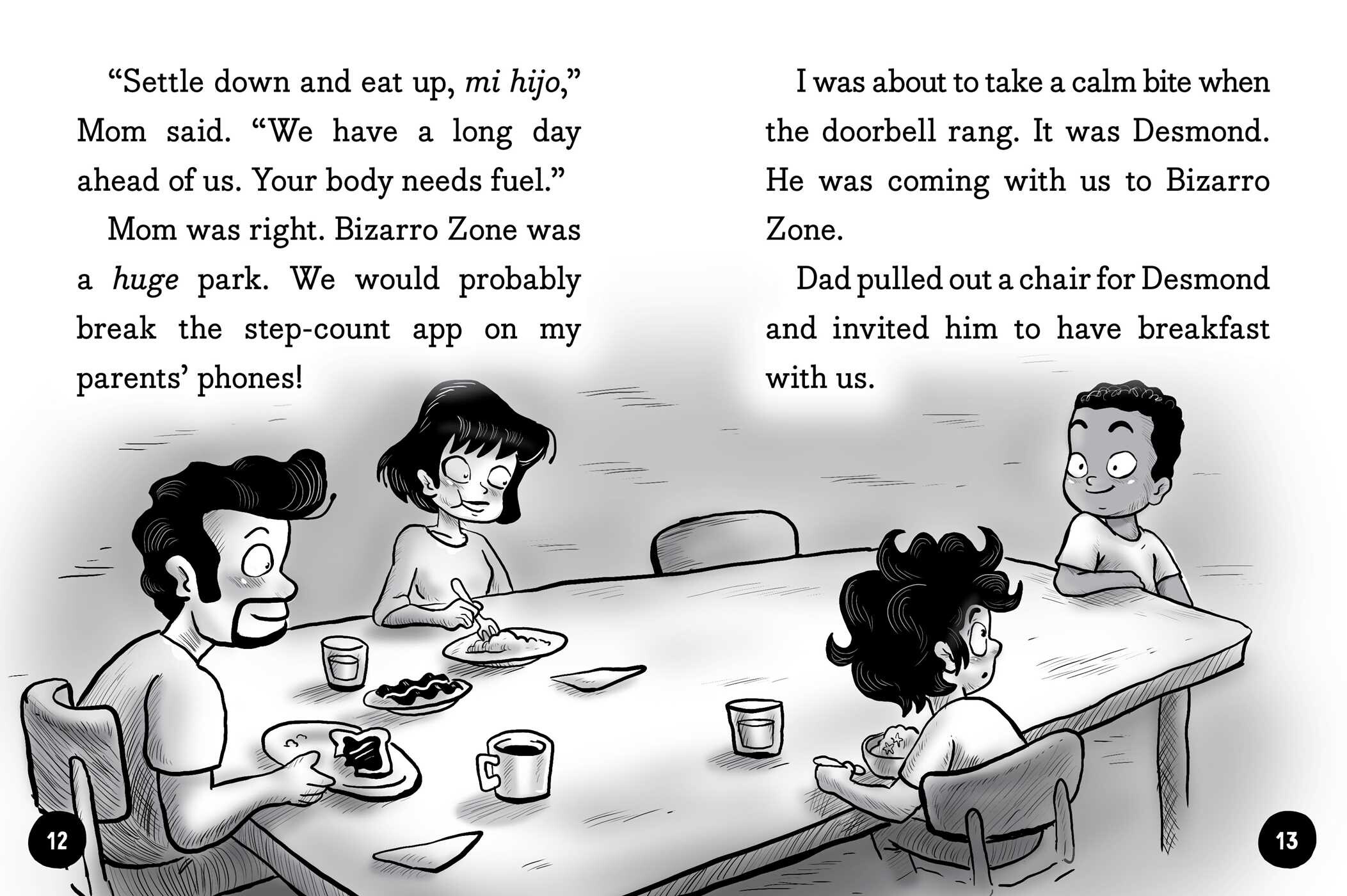 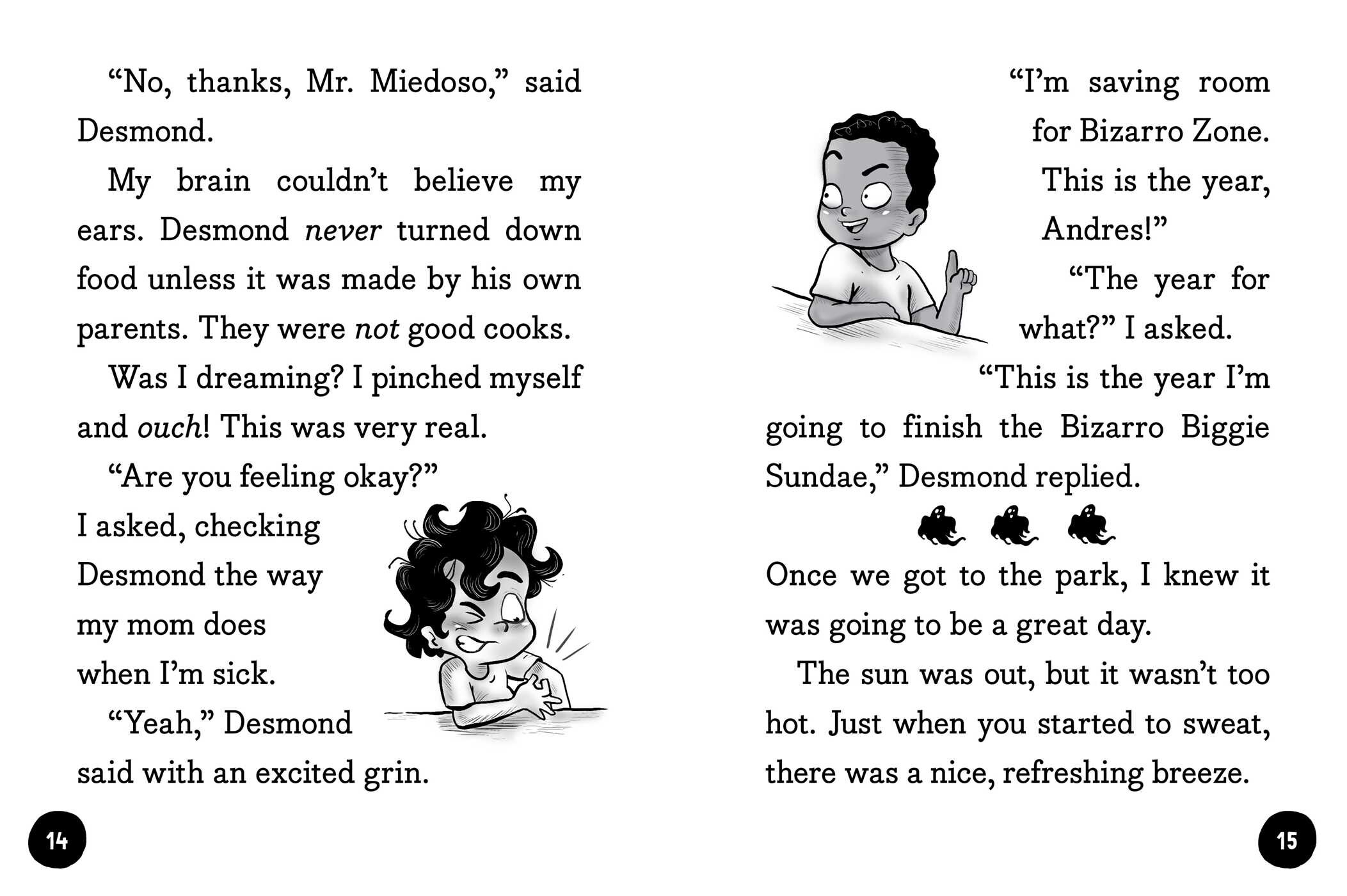 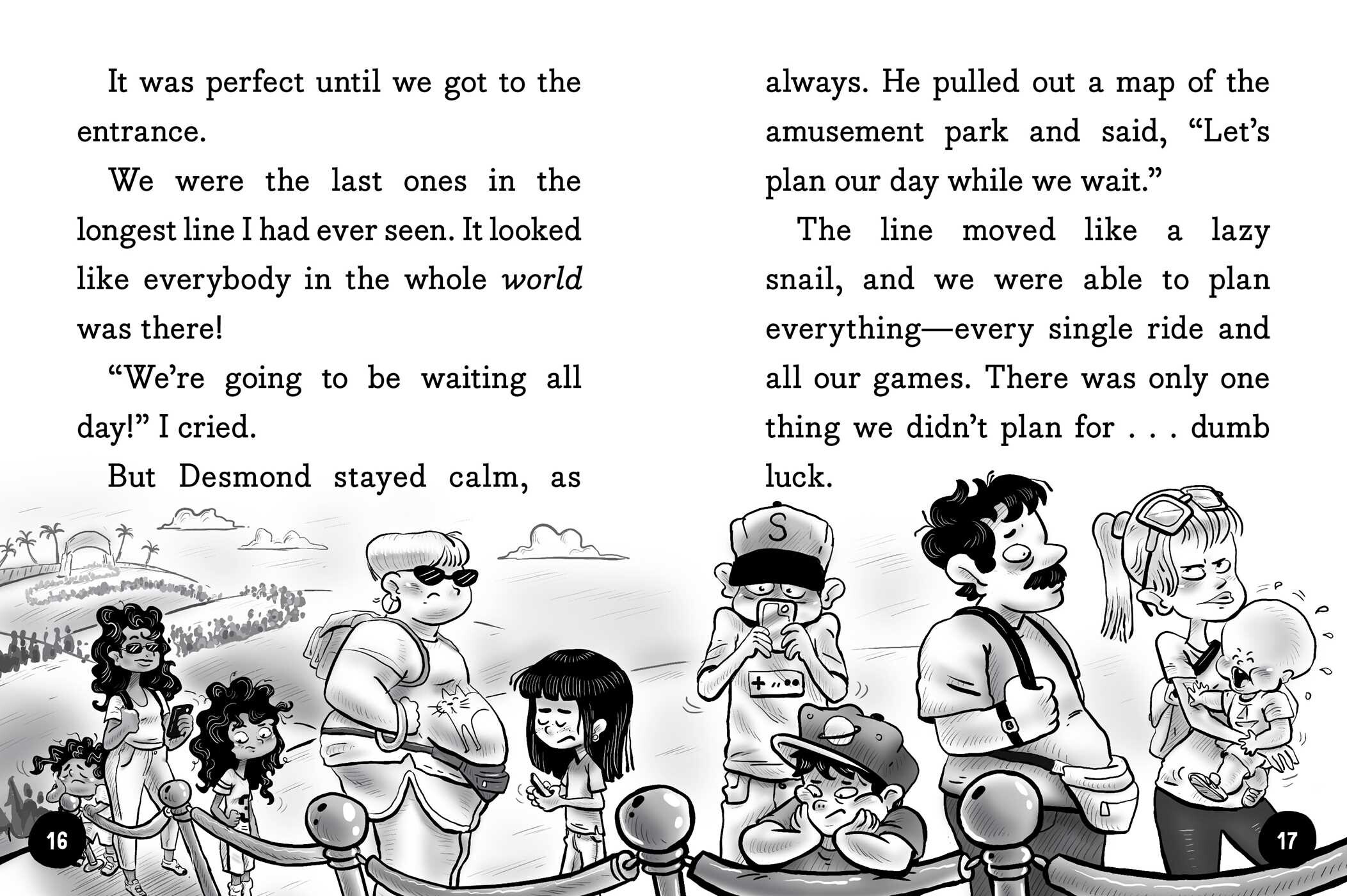 Escape from the Roller Ghoster

Desmond and Andres visit a scary roller-ghoster in this eleventh haunted adventure in the Desmond Cole Ghost Patrol series!

The Kersville Amusement Park is always a good time, but it also gives a new meaning to the term “thrill rides.” That’s because, in addition to being a popular destination for heart-pounding fun, the park is also just a little bit haunted. Join Desmond and Andres as they try to enjoy their day at the amusement park while being chased by ghosts! Warning: You must be this tall to read this book.

With easy-to-read language and illustrations on almost every page, the Desmond Cole Ghost Patrol chapter books are perfect for emerging readers.


When it comes to weird towns, no one beats Kersville. Seriously! We’ve got it all here.

Of course, there’s one weird part of this town that’s the best kind of weird. It’s the wildest place in the world. Yes, Kersville has its very own theme park—Bizarro Zone!

If you don’t like rides, then Bizarro Zone has games! They have video games and win-a-prize games that have the best prizes. One time I won a stuffed lobster that was so big that my dad had to tie it to the roof of the car!

I’m kidding. If you don’t like that stuff, Bizarro Zone still has you covered. Because no matter what you don’t like, everybody likes food.

Well, the food at Bizarro Zone is yummy and HUGE! Their burritos are so big that you need help eating them. Their pizza slices are the largest you’ve ever seen. One day this kid was trying to eat hers, and a gust of wind carried her away like a kite!

But there’s one thing Bizarro Zone is famous for: the Bizarro Biggie Sundae. It has thirty scoops of ice cream topped with chocolate chunks, caramel sauce, bananas, and whipped cream. Even the spoons are made of fried dough.

No one has ever finished the Bizarro Biggie Sundae—not even close!

That could change today because my best friend, Desmond Cole, has his mind set on eating that sundae.

Yeah, that’s me, Andres Miedoso. I’m the one with my hands in the air, screaming my head off. That’s how scary this ride is.

Desmond is right next to me. His hands are in the air too, but he’s not scared. He’s excited. That’s because we are the Ghost Patrol, and we have a new case to solve.

You see, Bizarro Zone is just like a lot of other places in Kersville.

Andres Miedoso is still afraid of everything as a grown-up, even after all his adventures with Desmond Cole. He lives in New York City with his family, and he remains best friends with Desmond but returns to Kersville only when he’s needed.

Victor Rivas was born and raised in Vigo, Spain, and he lives outside of Barcelona. He has been a freelance illustrator for thirty years, illustrating children’s and teen books, comics, and concept art for multimedia games and animation.

Escape from the Roller Ghoster