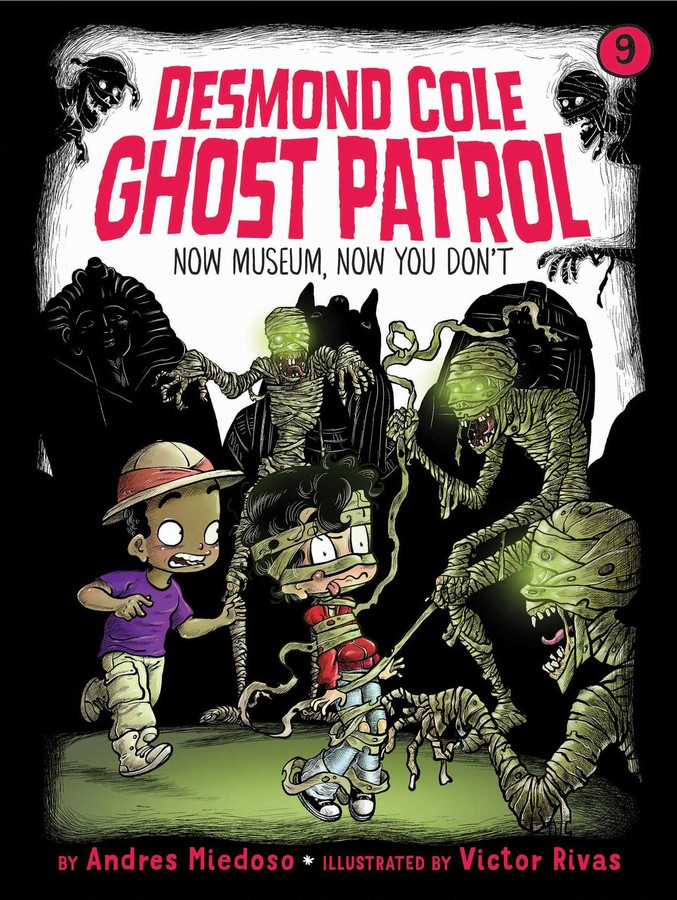 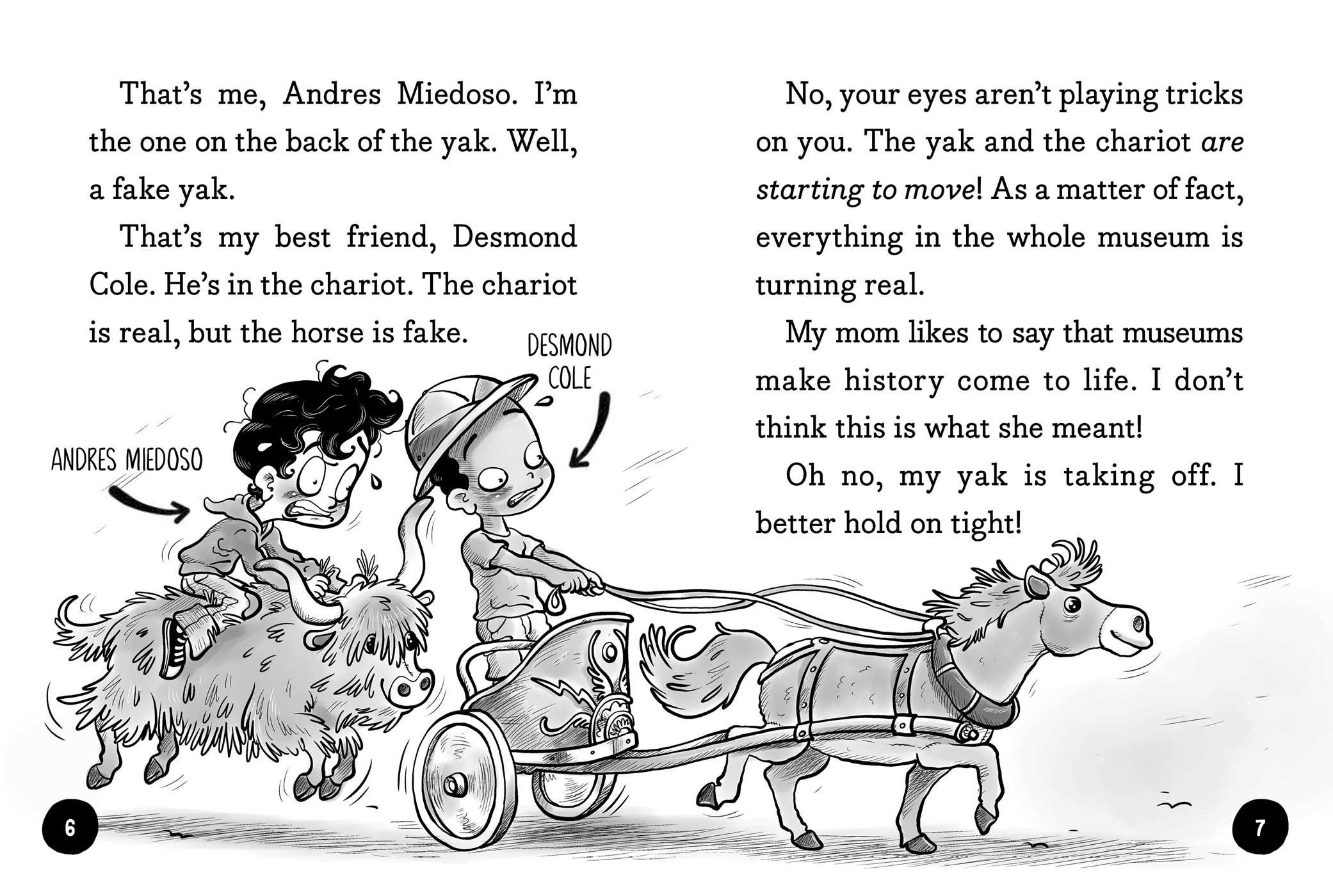 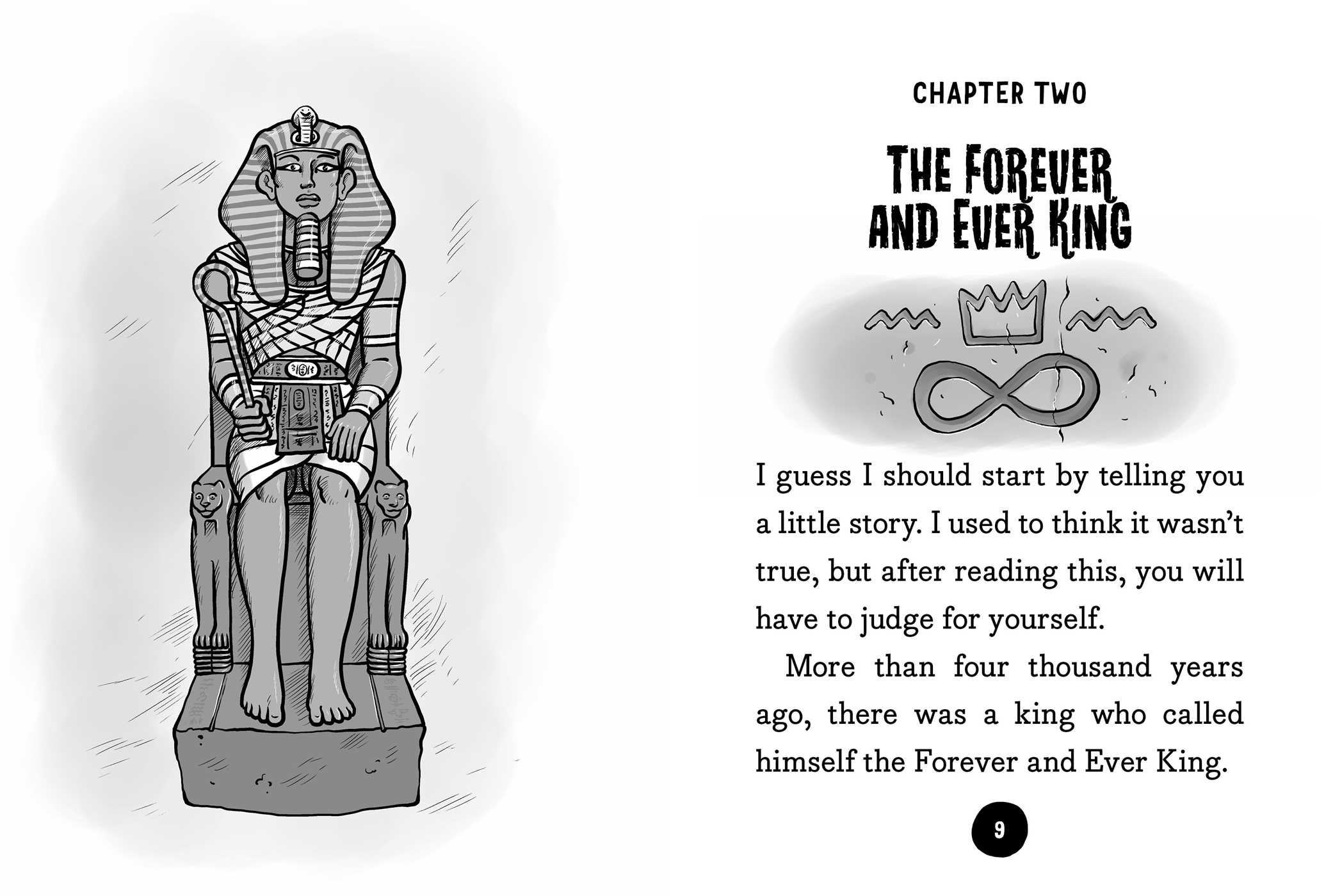 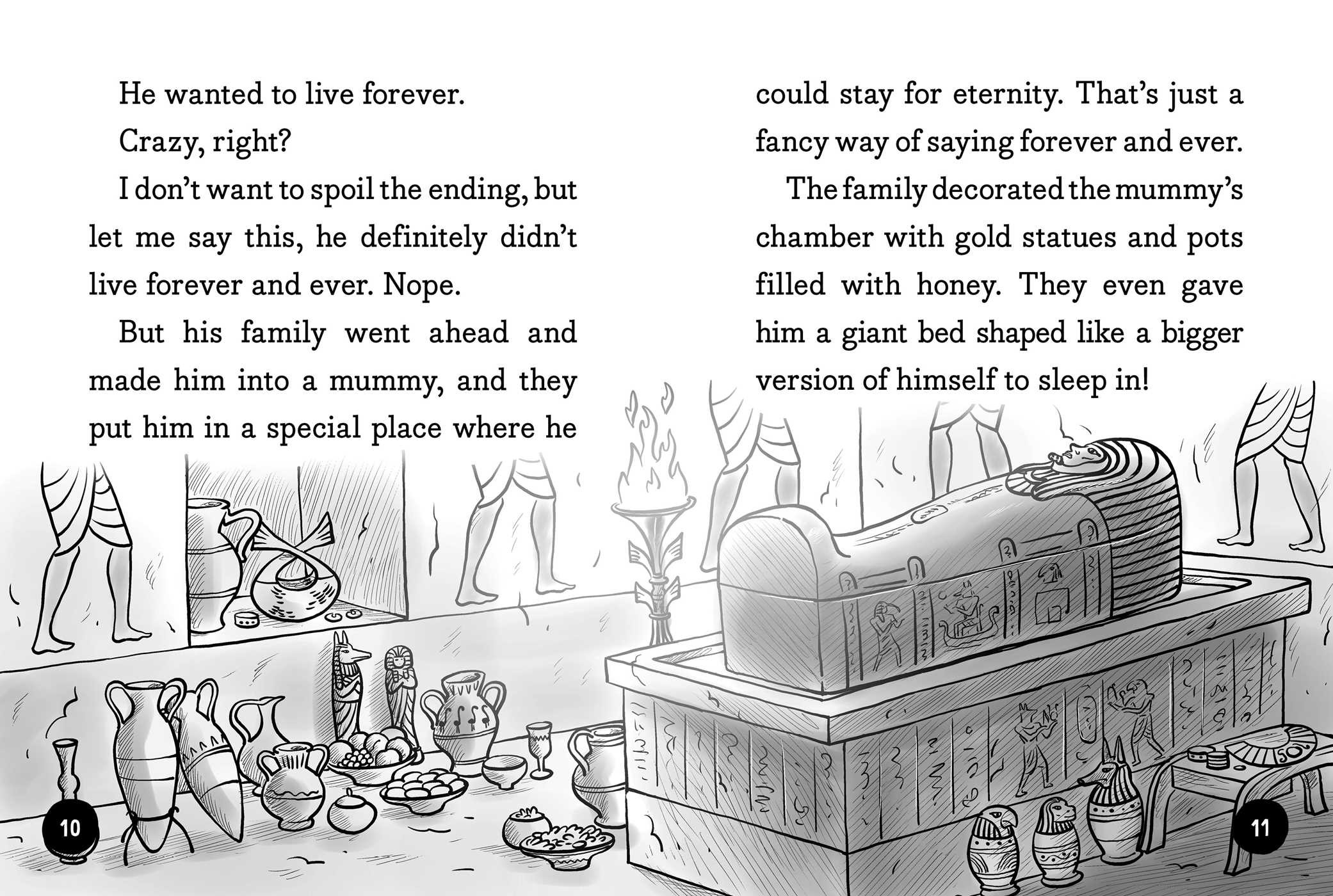 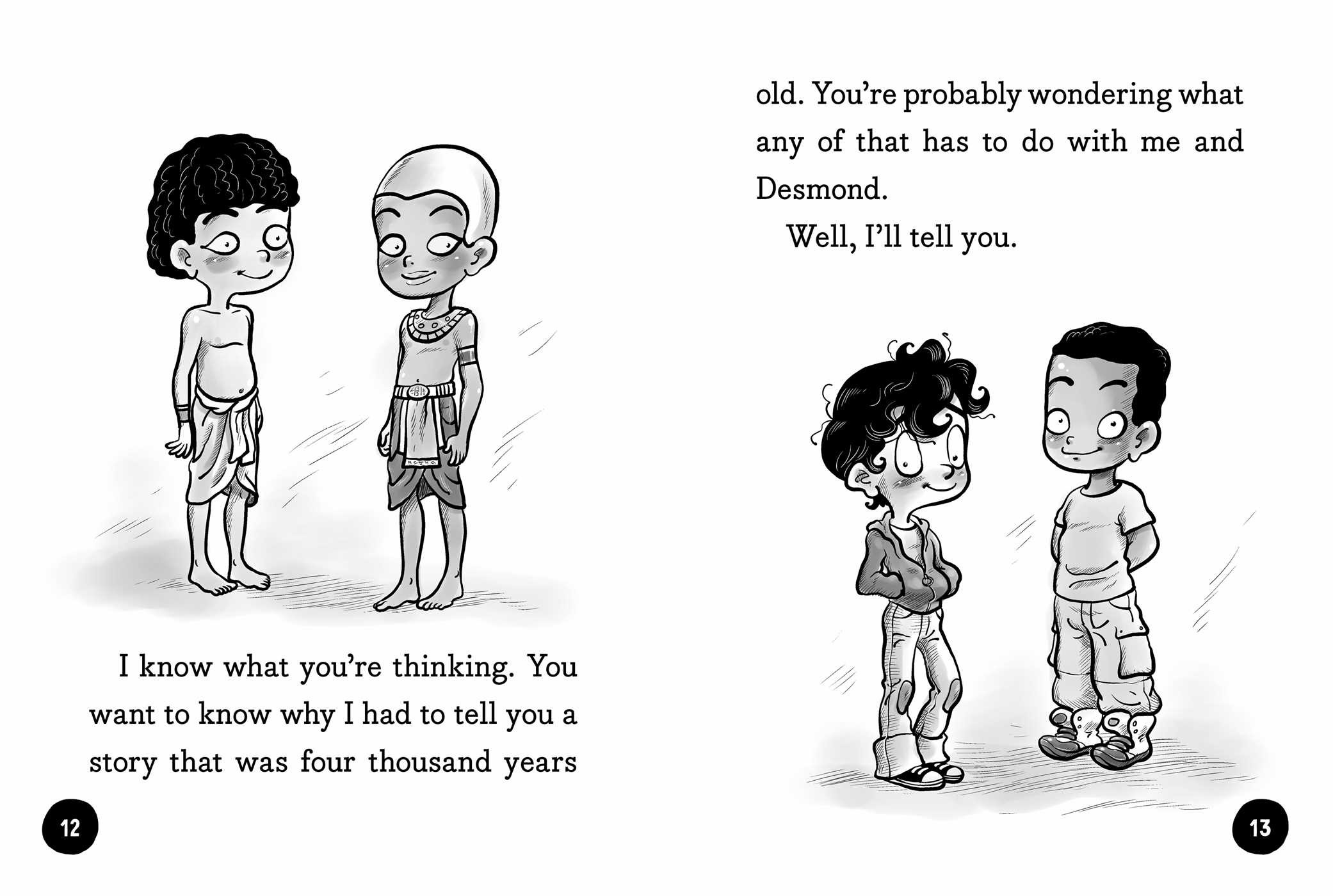 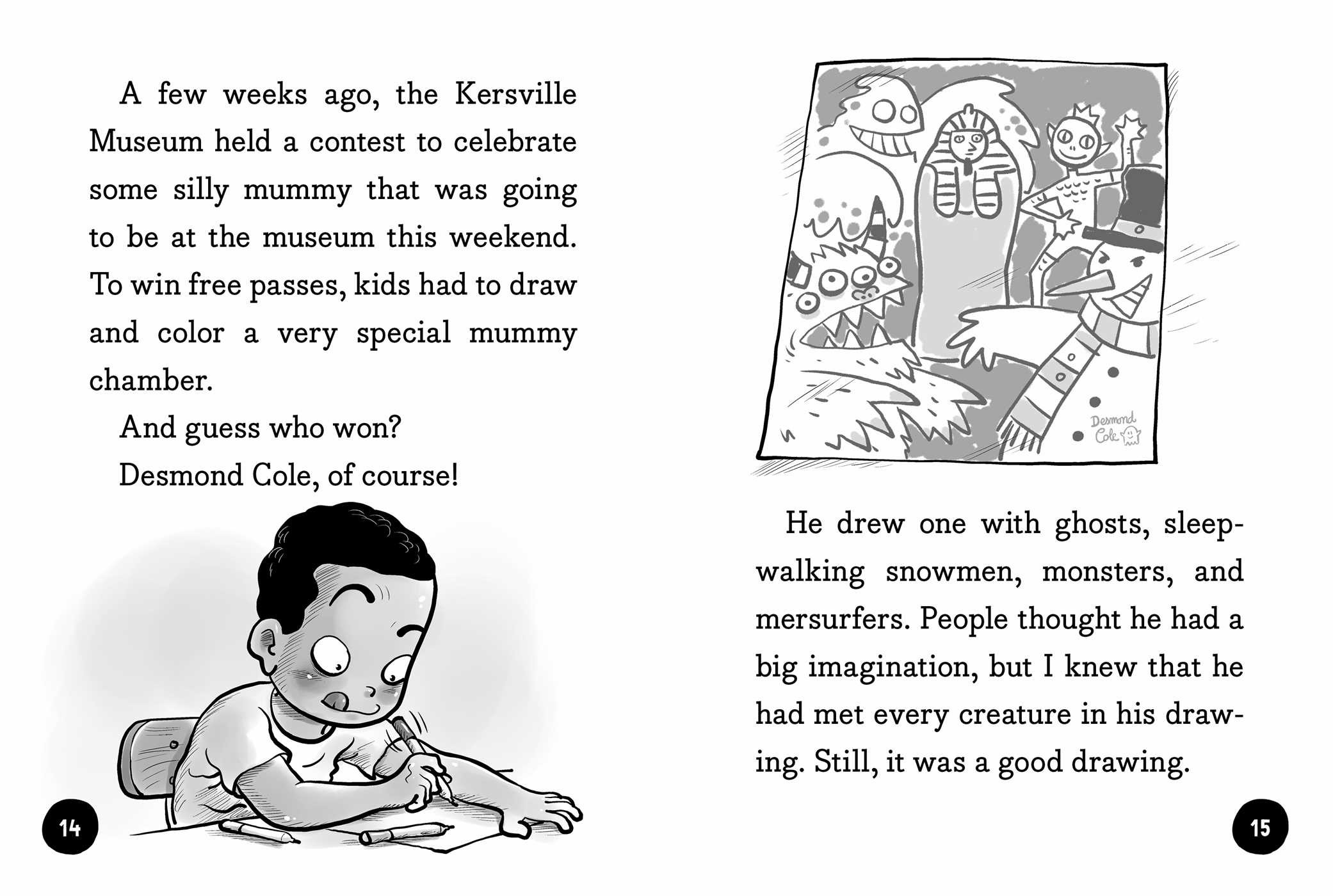 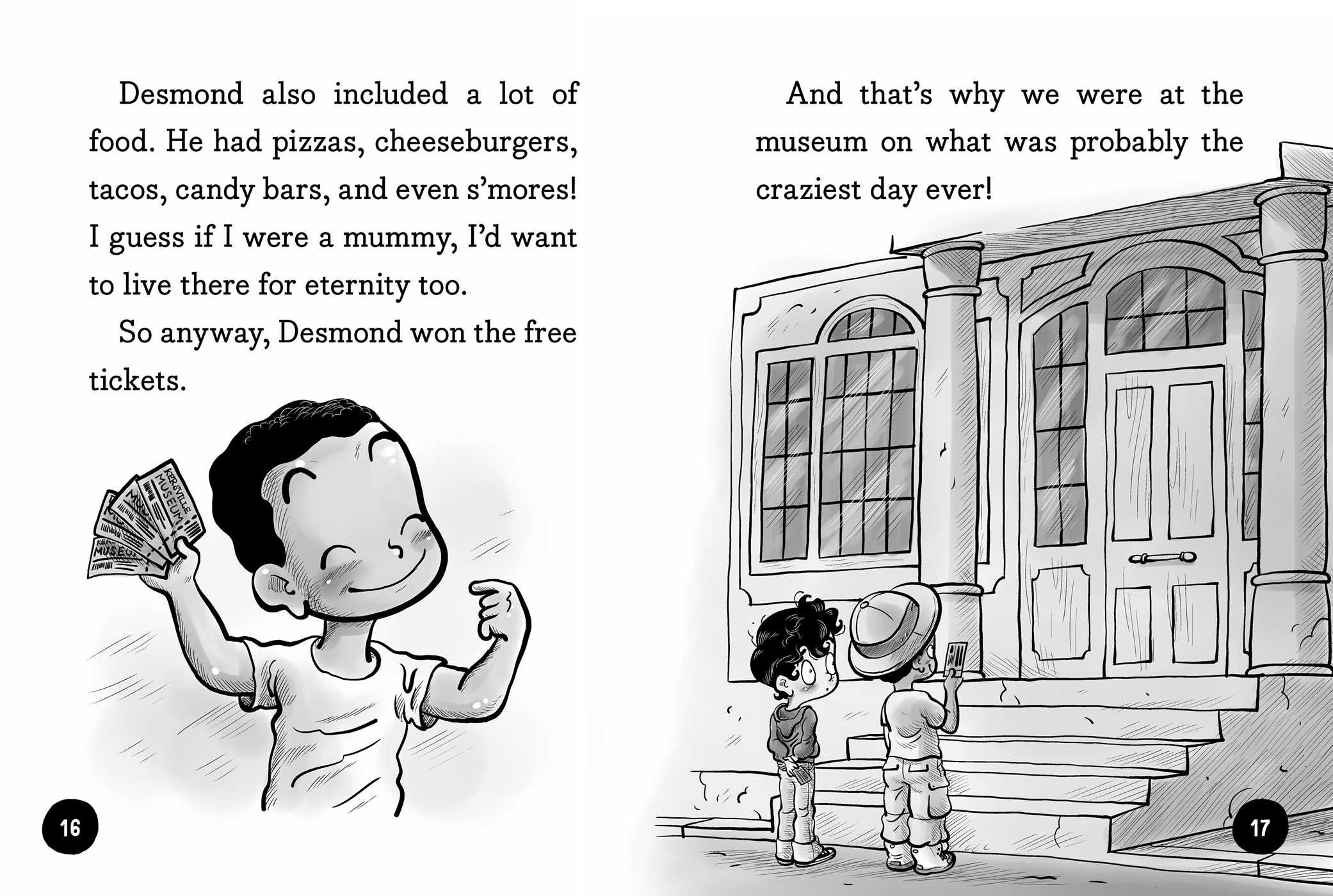 Desmond Cole goes on a field trip to the museum in the ninth book of the Desmond Cole Ghost Patrol series!

Museums are great places to see really old stuff. The Kersville Museum has old paintings, old statues, and even old mummies that come with old curses. Sounds like a perfectly safe place to visit for family fun.

Until the mummies start to disappear!

With easy-to-read language and illustrations on almost every page, the Desmond Cole Ghost Patrol chapter books are perfect for emerging readers.


Museums are strange. Am I right?

I mean, museums are like big buildings filled with old stuff you’re not allowed to touch. They have old paintings and old statues. Old furniture and old jewelry. They even have old pottery.

That’s kind of like leaving your icky, dirty dishes lying around for a hundred years!

Don’t get me wrong. Museums might have new art too. But I never really understand it. Like, which side is up? And is that supposed to be a horse?

Anyway, we didn’t come to the Kersville Museum that day to see art. We came to see old people!

You know mummies, right? They are wrapped in cloth, surrounded by gold, and live in pyramids for thousands of years. Yeah, of course you know what a mummy is.

Because mummies are the coolest!

Well, that’s what I used to think. Right now, I’m having some really serious doubts.

That’s me, Andres Miedoso. I’m the one on the back of the yak. Well, a fake yak.

That’s my best friend, Desmond Cole. He’s in the chariot. The chariot is real, but the horse is fake.

No, your eyes aren’t playing tricks on you. The yak and the chariot are starting to move! As a matter of fact, everything in the whole museum is turning real.

My mom likes to say that museums make history come to life. I don’t think this is what she meant!

Oh no, my yak is taking off. I better hold on tight!

Andres Miedoso is still afraid of everything as a grown-up, even after all his adventures with Desmond Cole. He lives in New York City with his family, and he remains best friends with Desmond but returns to Kersville only when he’s needed.

Victor Rivas was born and raised in Vigo, Spain, and he lives outside of Barcelona. He has been a freelance illustrator for thirty years, illustrating children’s and teen books, comics, and concept art for multimedia games and animation.