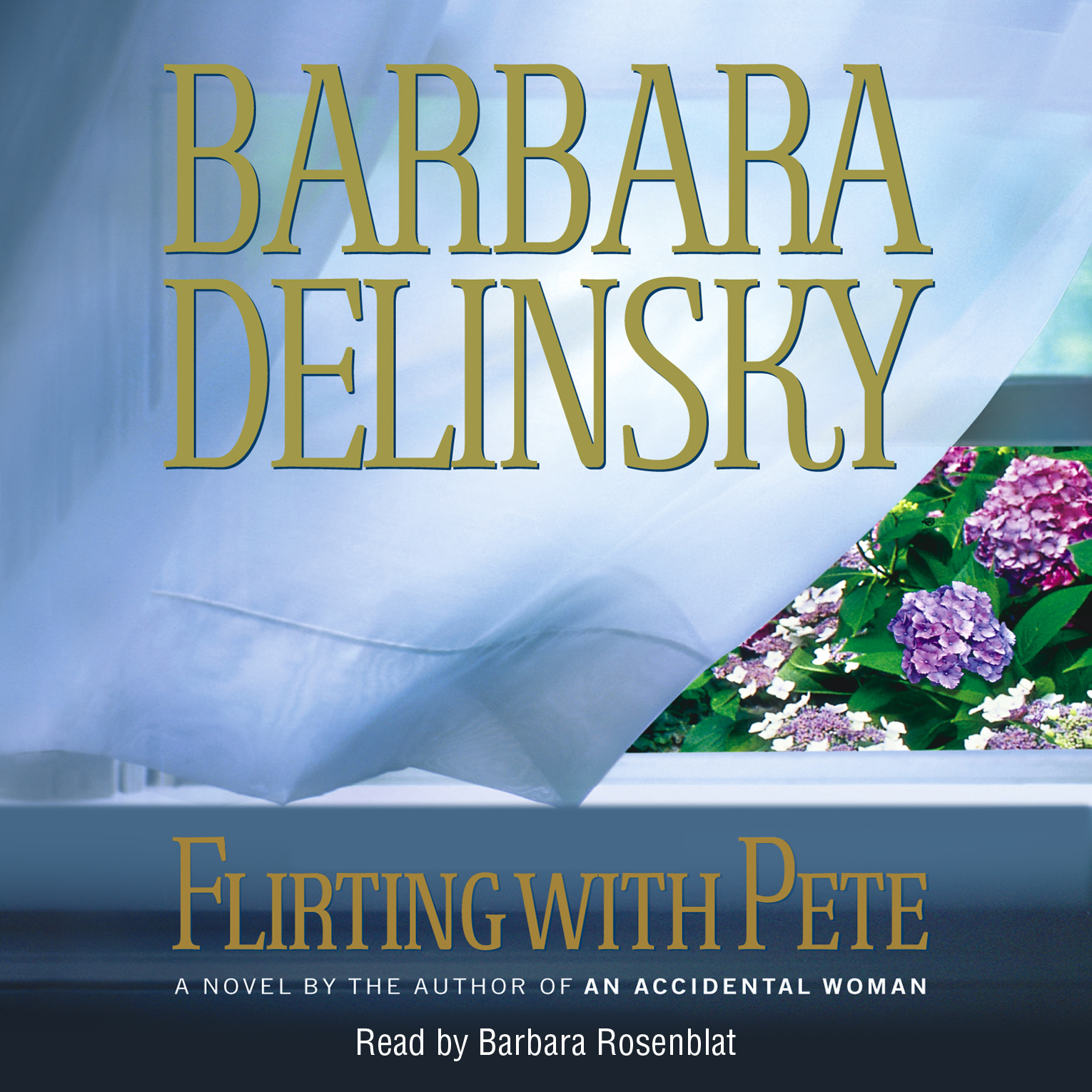 In Flirting with Pete, bestselling author Barbara Delinsky weaves together two fascinating narratives that merge in a dramatic, highly emotional, and totally unexpected conclusion, as a daughter's struggle to win the approval of the father she never knew becomes a journey of self-discovery.

Psychologist Casey Ellis never met her father -- but that didn't stop her from following in his professional footsteps. Now he has died, and Casey is shocked to have inherited his elegant Boston town house, complete with a maid and a handsome, enigmatic gardener. When she finds a manuscript that could be a novel, a journal, or a case study of one of her father's patients in her new home, she becomes engrossed in the story of Jenny, a young woman trying to escape her troubled life. Convinced the story is true and that her father left it as a message for her, Casey digs deeper. As she pieces together the mysteries surrounding her father, Jenny, and the romantic new stranger in her life, she discovers startling links between past and present, and unexpected ties between what is real and what is imagined.

Reading Group Guide for Flirting With Pete
1) What was your experience reading a novel that has such a unique format? How did the story within a story -- Jenny's story -- affect the pacing and the structure of Casey's story? How might the story have been different had it been told in a linear narrative, or from one point of view?
2) "But what do I do with the anger, if there's no one left to blame?" This quote comes from Joyce, one of Casey's patients. But how might it inform our reading of Casey herself? Why does Casey seem so incapable of letting go of the anger that she feels for her father? Although she is a therapist, does she sometimes seem unaware of her own emotions and motivations? What is it about the house in Beacon Hill that seems to finally break through her wall of anger?
3) On page 130, as Casey talks of one of her client's "Imposter complex", she says, "So, here she is, solidly in the black, doing better each year, and still feels like those restaurants are a deck of cards on the verge of collapse. Her parents see her that way. It's been ingrained in her." To what extent do characters in this story seem unable to break free of their past?
4) Parental judgment and familial conflict certainly play a key role in Fliritng With Pete -- there isn't a single character who isn't in some way damaged by the way that he or she was raised, although the experiences and the damage varies. In what ways do the childhood experiences of the characters shape the adults they grow into? What character traits can be traced back to their childhood?
5) Casey feels a great connection with Meg by the end of the story. Do they share similarities beyond dysfunctional, unsatisfying relationships with their fathers? Do you think they have both come to terms with those relationships by the end? Has one more than the other?
6) What do you make of the scenes where Casey imagines in-depth conversations with her mother? Do you consider it strange that a normal, sane person -- and beyond that, a therapist -- would do this? What do you think this says about Casey's relationship with her mother? How might Casey's inability to let her mother go be emblematic of larger issues? Are there similarities between Casey's imagined conversations with her mother and Jenny's imagined relationship with Pete?
7) What is the significance of Casey's career, besides the fact that she is in some ways emulating her father? In what ways do the therapists in this novel seem to use their work to cover up, or push away their own intense emotions? Is this a trait that Casey and her father share?
8) "She wanted to tease him, wanted to feel power in teasing to counter the lack of power she felt when it came to her parents. She wanted the male-female thing. His presence added pleasure to the garden, an Adam to her Eve." How does Casey look at men? How is the "male-female thing" something that can give power in this story? Does Casey seem capable of having romantic relationships with men or with other people in her life that do not involve power games? What seems to be her most meaningful relationship? Does it change by the end?
9) In what ways does setting propel this story? How do the backdrop of the city of Boston and the serene Maine landscape act as characters in and of themselves? What about the distinction between the busy streets of Boston and the calm, personal space of the garden? What role does the garden play in Casey' journey of self-discovery? How does Jordan, as the keeper of the garden, tie into that?
10) What was your reading of the character of Pete? Casey sums him up in the following quote, found on page 366: "Jenny Clyde was delusional. She was so desperate for love that she conjured him up. He was her savior. He gave her the courage to leave Darden, leave Little Falls, leave life." But what else might Pete represent? Is it possible to read Pete as the physical embodiment of something that was actually in Jenny herself, or something that she wanted to be -- the free spirited, independent traveler, who stands up to anyone?
11) What do you think the central theme of this story might be? Is this a novel that focuses mostly on the challenges that people face while trying to come to terms with the past? Are there other themes that seem more important: learning to live outside of your parents shadow, the challenges of living past abuse?
12) In Flirting With Pete, the people of Little Falls greet the idea of difference or abnormality with discomfort and often-downright hatred. Why do they seem so threatened by what they don't understand and what they can't control? Is the intolerance found in Little Falls found elsewhere in this novel? Do other characters besides the folks from Maine demonstrate this kind of inflexibility? Who do you consider to be the most tolerant person in this story?
13) Did you, by the end of the novel, have a firm grasp on who Connie Unger was? Do you think Casey does? Is he the central focus of this story by the end?
14) Where do you see Casey in ten years? Is she a famous psychologist, too? What does her life with Jordan look like? Has she changed as a person, has she perhaps grown more whole? 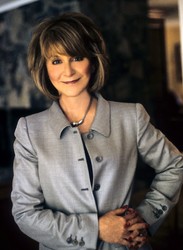 Barbara Delinsky has written more than twenty New York Times bestselling novels, with over thirty million copies in print. Her books are highly emotional, character-driven studies of marriage, parenthood, sibling rivalry, and friendship. She is also the author of a breast cancer handbook. A breast cancer survivor herself, Barbara donates her author proceeds from the book to fund a research fellowship at Massachusetts General Hospital. Visit her at BarbaraDelinsky.com.