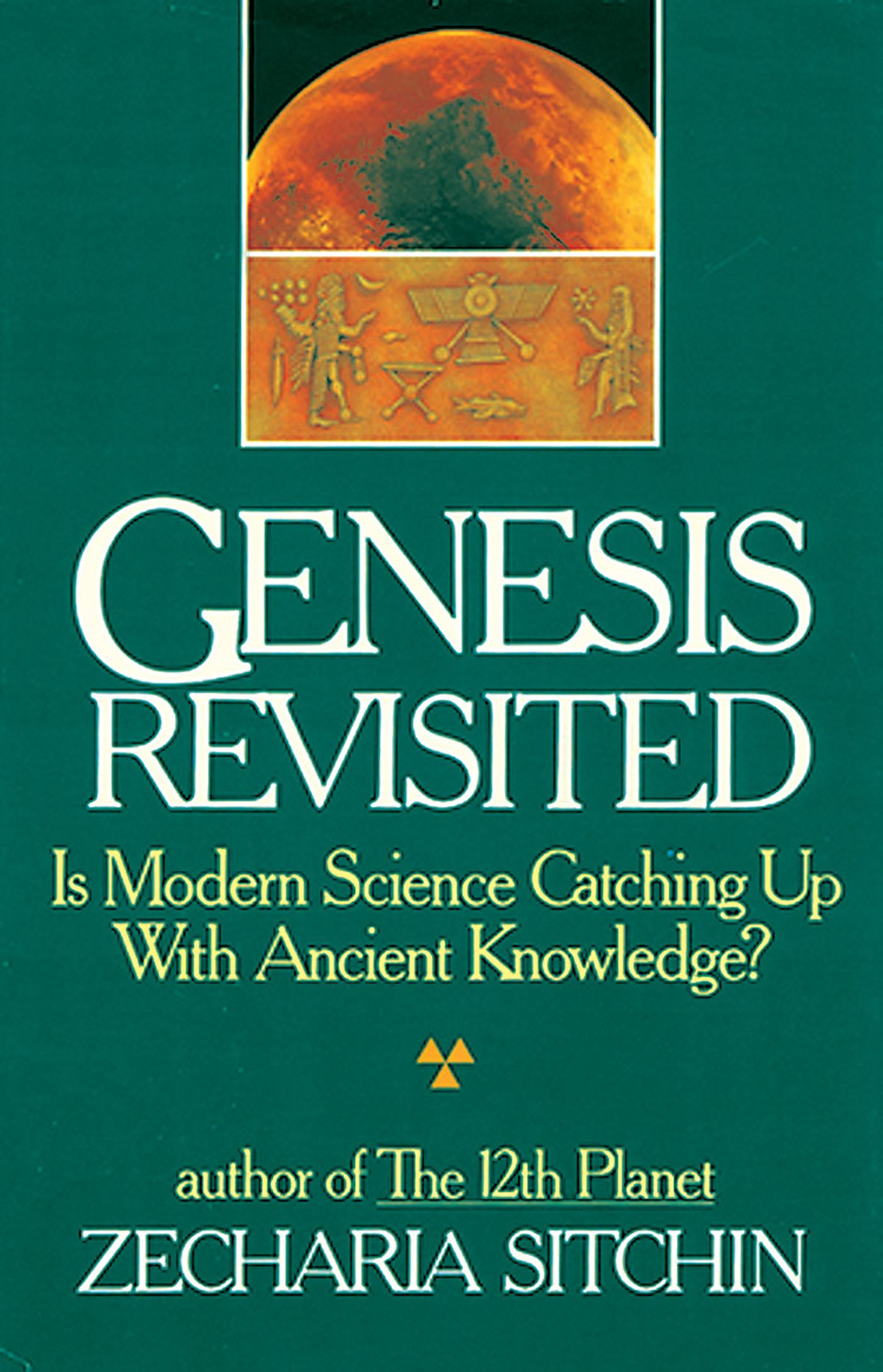 Is Modern Science Catching Up With Ancient Knowledge?

• Was Adam the first test-tube baby?

• How were the ancients able to accurately describe details about our solar system that are only now being revealed by deep space probes?

The awesome answers are all here, in this important companion volume to The Earth Chronicles series. Having presented evidence of an additional planet as well as voluminous information about the other planets in our solar system, Zecharia Sitchin now shows how the discoveries of modern astrophysics, astronomy, and genetics exactly parallel what has already been revealed in ancient texts regarding the "mysteries" of alchemy and the creation of life. Genesis Revisited is a mind-boggling revelation sure to overturn current theories about the origins of humankind and the solar system.

Page 1 (from the foreword):
The last decades of the twentieth century have witnessed an upsurge of human knowledge that boggles the mind. Out advances in every field of science and technology are no longer measured in centuries or even decades but in years and even months, and they seem to surpass in attainments and scope anything that Man has achieved in the past.
But is it possible that Mankind has come out of the Dark Ages and the Middle Ages; reached the Age of Enlightenment; experienced the Industrial Revolution; and entered the era of high-tech, genetic engineering, and space flight?only to catch up with ancient knowledge?
For many generations the Bible and its teachings have served as an anchor for a searching Mankind, but modern science appeared to have vast us all adrift, especially in the confrontation between Evolution and Creationism. In this volume it will be shown that the conflict is baseless; that the Book of Genesis and its sources reflect the highest levels of scientific knowledge.
Is it possible, then, that what our civilization is discovering today about our planet Earth and about our corner of the universe, the heavens, is only a drama that can be called "Genesis Revisited"?only a rediscovery of what had been known to a much earlier civilization, on Earth and on another planet?
Page 3 (Chapter 1, The Host of Heaven):
In the beginning
God created the Heaven and the Earth.
The very concept of a beginning of all things is basic to modern astronomy and astrophysics. The statement that there was a void and chaos before there was order conforms to the very latest theories that chaos, not permanent stability, rules the universe. And then there is the statement about the bolt of light that began the process of creation.
Was this a reference to the Big Bang, the theory according to which the universe was created from a primordial explosion, a burst of energy in the form of light, that sent the matter from which stars and planets and rocks and human beings are formed flying in all directions and creating the wonders we see in the heavens and on Earth? Some scientists, inspired by the insights of our most inspiring source, have thought so. But then, how did ancient Man know the Bog Bang theory so long ago? Or was this biblical tale the description of matters closer to home, of how our own little planet Earth and the heavenly zone called the Firmament, or "hammered-out bracelet," were formed?
Indeed, how did ancient Man come to have a cosmogony at all? How much did he really know, and how did he know it?
Zecharia Sitchin

Zecharia Sitchin (1920-2010), an eminent Orientalist and biblical scholar, was born in Russia and grew up in Palestine, where he acquired a profound knowledge of modern and ancient Hebrew, other Semitic and European languages, the Old Testament, and the history and archaeology of the Near East. A graduate of the University of London with a degree in economic history, he worked as a journalist and editor in Israel for many years prior to undertaking his life’s work--The Earth Chronicles.

One of the few scholars able to read the clay tablets and interpret ancient Sumerian and Akkadian, Sitchin based The Earth Chronicles series on the texts and pictorial evidence recorded by the ancient civilizations of the Near East. His books have been widely translated, reprinted in paperback editions, converted to Braille for the blind, and featured on radio and television programs.

"Sitchin's works are outstandingly different from all others that present this central theme. His linguistic skills in the languages of antiquity and his pursuit of the earliest available texts and artifacts make possible the wealth of photographs and line drawings appearing in his books from tablets, monuments, murals, pottery, and seals."

"Sitchin is a zealous investigator into man's origins . . . a dazzling performance."

" . . . a mind-boggling revelation sure to overturn current theories about the origins of humankind and the solar system."

Is Modern Science Catching Up With Ancient Knowledge?

SEE ALL
See more by Zecharia Sitchin
Thank you for signing up, fellow book lover!