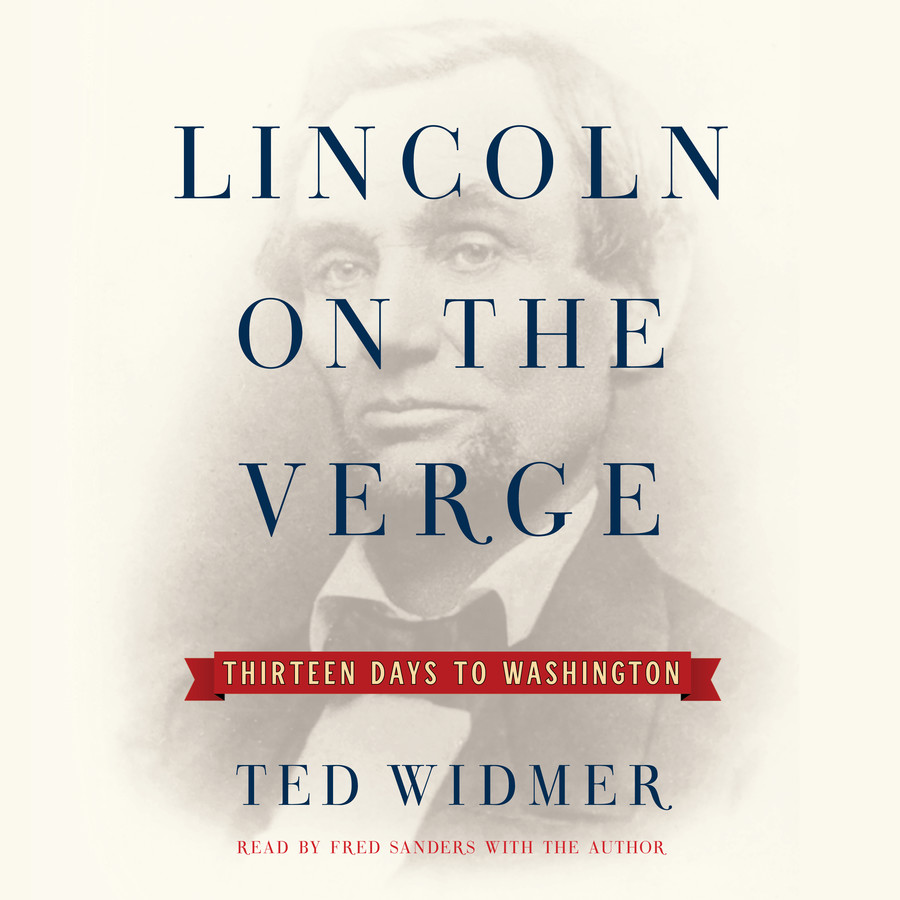 WINNER OF THE LINCOLN FORUM BOOK PRIZE
“A Lincoln classic...superb.” ­—The Washington Post
“Magisterial...Wholly original, gorgeously crafted…The story of Lincoln’s inaugural journey has never been told in such rich detail.” —Harold Holzer, The Wall Street Journal
“At last count there were about 15,000 books on Lincoln, not all of them are worth reading. Lincoln on the Verge is.” —Jeff Glor, CBS This Morning
“Loaded with high drama, danger, and plentiful suspense.” —Ron Chernow, Pulitzer Prize–winning author of Washington: A Life

As a divided nation plunges into the deepest crisis in its history, Abraham Lincoln boards a train for Washington and his inauguration—an inauguration Southerners have vowed to prevent by any means necessary. Drawing on new research, Ted Widmer reveals President-Elect Abraham Lincoln as a work in progress, showing him on the verge of greatness, foiling an assassination attempt, and forging an unbreakable bond with the American people.

On the eve of his 52nd birthday, February 11, 1861, the President-Elect of the United States, Abraham Lincoln, walked onto a train, the first step of his journey to the White House, and his rendezvous with destiny.

But as the train began to carry Lincoln toward Washington, it was far from certain what he would find there. Bankrupt and rudderless, the government was on the verge of collapse. To make matters worse, reliable intelligence confirmed a conspiracy to assassinate him as he passed through Baltimore. It is no exaggeration to say that the fate of the Republic hung in the balance during his trip.

How did Lincoln survive this grueling odyssey, to become the president we know from the history books? Lincoln on the Verge tells the story of a leader discovering his own strength, improvising brilliantly, and seeing his country up close during these pivotal thirteen days.

From the moment the Presidential Special left the station, a new Lincoln was on display, speaking constantly, from a moving train, to save the Republic. The journey would draw on all of Lincoln’s mental and physical reserves. But the President-Elect discovered an inner strength, which deepened with the exhausting ordeal of meeting millions of Americans.

Lincoln on the Verge is “quite simply as good as it gets in the art of writing biography” (Washington Independent Review of Books), telling the story of America’s greatest president and the obstacles he overcame well before he could take the oath of office and deliver his inaugural address.

Ted Widmer is Distinguished Lecturer at Macaulay Honors College (CUNY). In addition to his teaching, he writes actively about American history in The New York Times, The New Yorker, The Washington Post, and other venues. He has also taught or directed research centers at Harvard University, Brown University, and Washington College. He grew up in Massachusetts and Rhode Island, and attended Harvard University.

"Using a thoughtful and measured cadence, narrator Fred Sanders invites the listener to climb aboard the Presidential Special—the train that in February 1861 carried President-Elect Abraham Lincoln and his family from Springfield, Illinois, across eight states and countless whistle-stops to Washington, DC, for his first inauguration. Drawing from the author's 10 years of painstaking research, the audiobook covers the good and the bad about Lincoln's psyche, closest friends, and most vicious foes, as well as a fast-growing country that could no longer ignore its most horrific failure—slavery. The author himself delivers the last chapter and notes that after making 101 extemporaneous speeches and avoiding an assassination attempt, by the time Lincoln arrived in the nation's capital, there was no question he was right where he belonged."