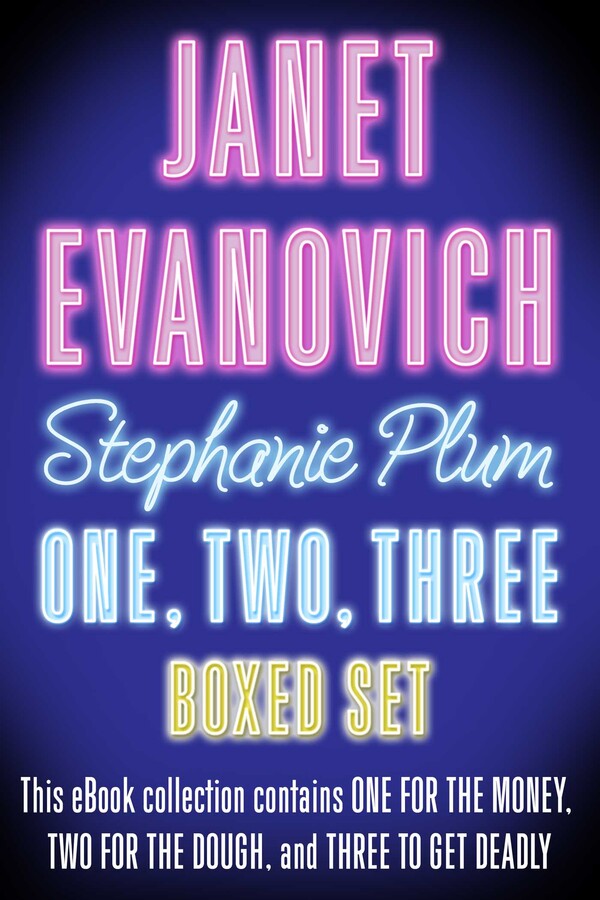 One for the Money, Two for the Dough, Three to Get Deadly

Three complete novels: One for the Money, Two for the Dough, and Three to Get Deadly, from the #1 New York Times bestselling author, Janet Evanovich!

Here’s where it all began—the three novels that first brought us Stephanie Plum, that bounty hunter with attitude who stepped out of Trenton’s blue-collar “burg” and into the heart of America.

One for the Money: Stephanie’s all grown up and out on her own, living five miles from Mom and Dad and doing her best to sever the world’s longest umbilical cord. Her mother is a meddler and her grandmother is a few cans short of a case. Out of work and out of money, Stephanie blackmails her bail-bondsman cousin Vinnie into giving her a try as an apprehension agent. Stephanie knows zilch about the job requirements, but she figures her new pal, el-primo bounty hunter Ranger, can teach her what it takes to catch a crook. Her first assignment: nail Joe Morelli, a former vice cop on the run from a charge of murder one. Morelli’s the inamorato who charmed Stephanie out of her virginity at age sixteen. There’s still powerful chemistry between them, so the chase is interesting.

Two for the Dough: Stephanie takes to the mean streets of Trenton, armed with attitude (not to mention stun guns and defense sprays), to find Kenny Mancuso, who recently shot his best friend and is on the run. Aided by the enigmatic Ranger, who knows a thing or two about bounty hunting, and by her irrepressible Grandma Mazur, Stephanie forms a shaky alliance with her favorite cop, Joe Morelli, for a tumultuous chase through back alleys and Grandma's favorite funeral parlors.

Three to Get Deadly: Stephanie is having a bad hair day—for the whole month of January. She’s looking for Mo Bedemier, Trenton’s most beloved citizen, who was charged with carrying concealed and skipped bail. To help her, she’s got Lula, a former hooker turned file clerk. Big, blonde, and black, Lula’s itching to lock up a crook in the trunk of her car. And Morelli, the cop with the slow-burning smile, is acting polite even after Stephanie finds more bodies than the Trenton PD has seen in years. That’s a bad sign for sure.

Funny and fabulous, Janet Evanovich is at her sparkling best in these three novels that launched a bestselling phenomenon. 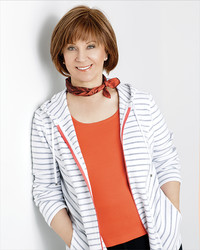 One for the Money, Two for the Dough, Three to Get Deadly