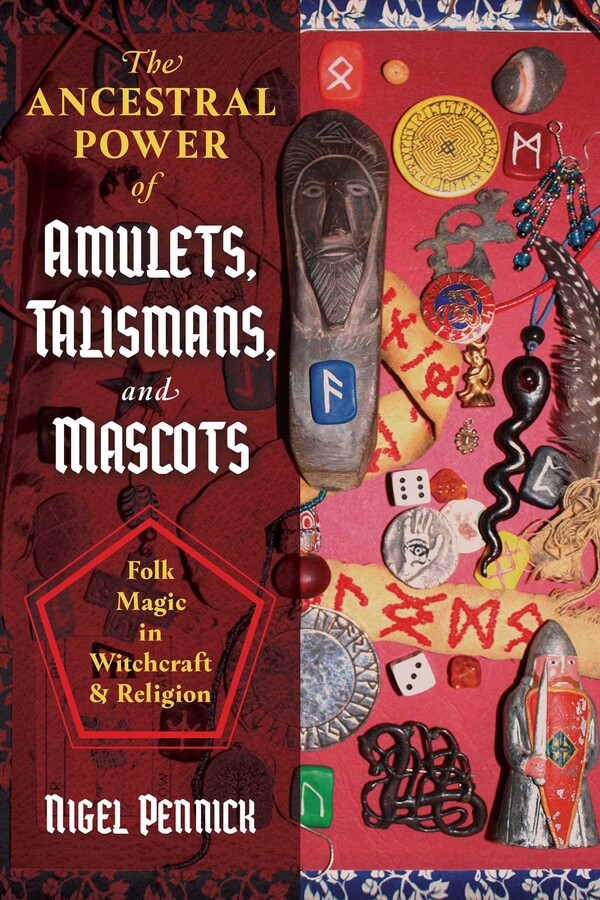 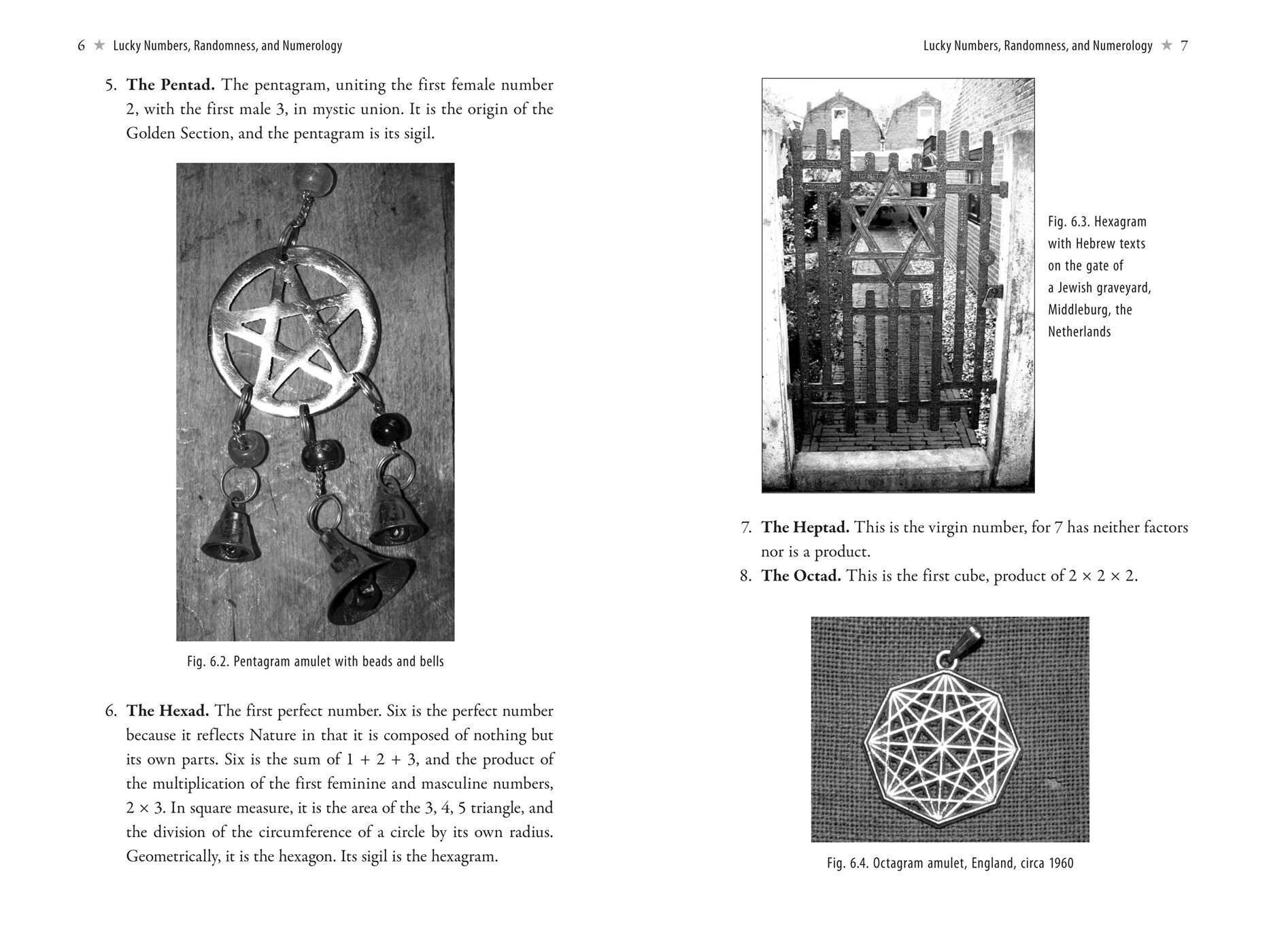 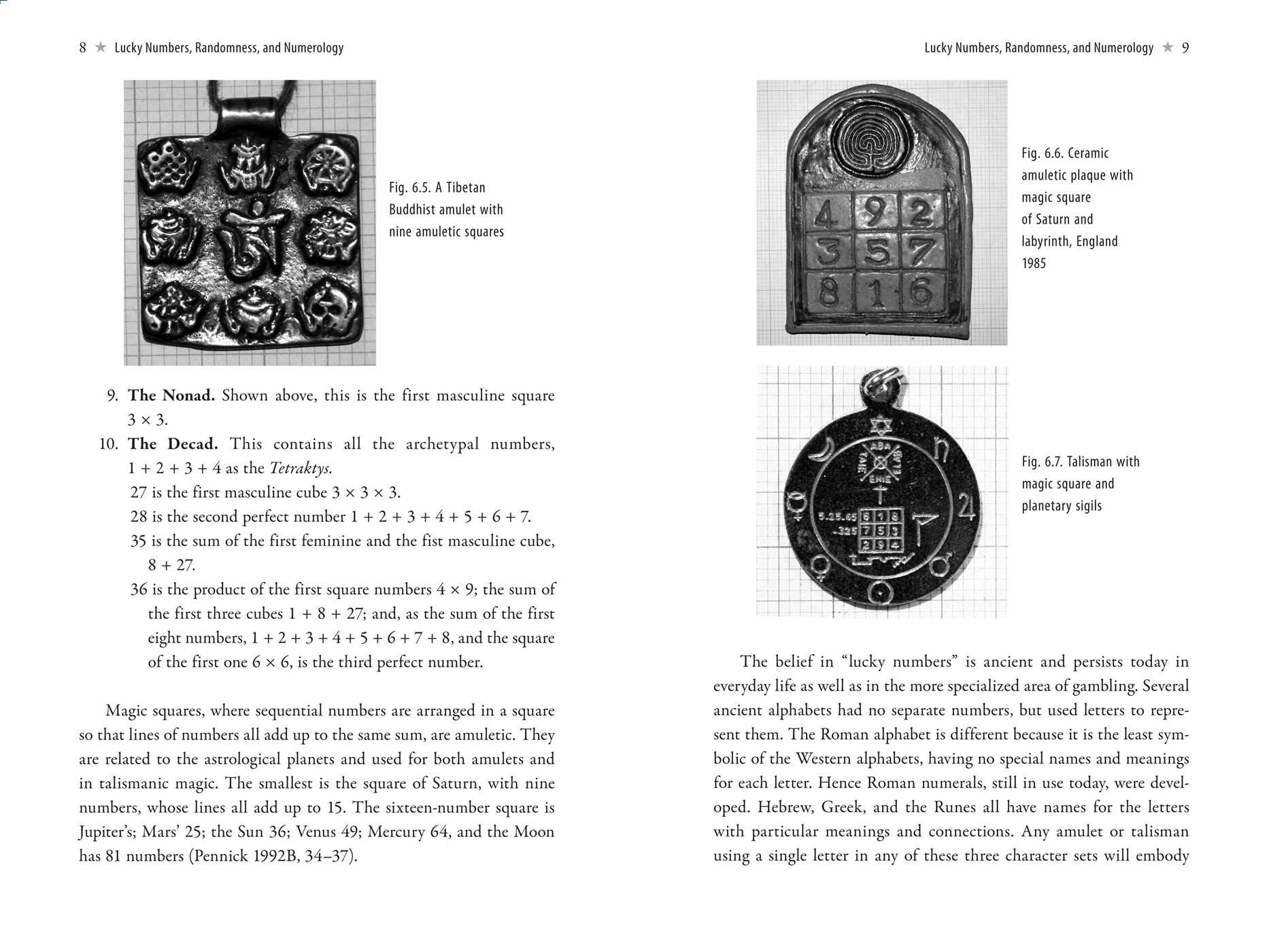 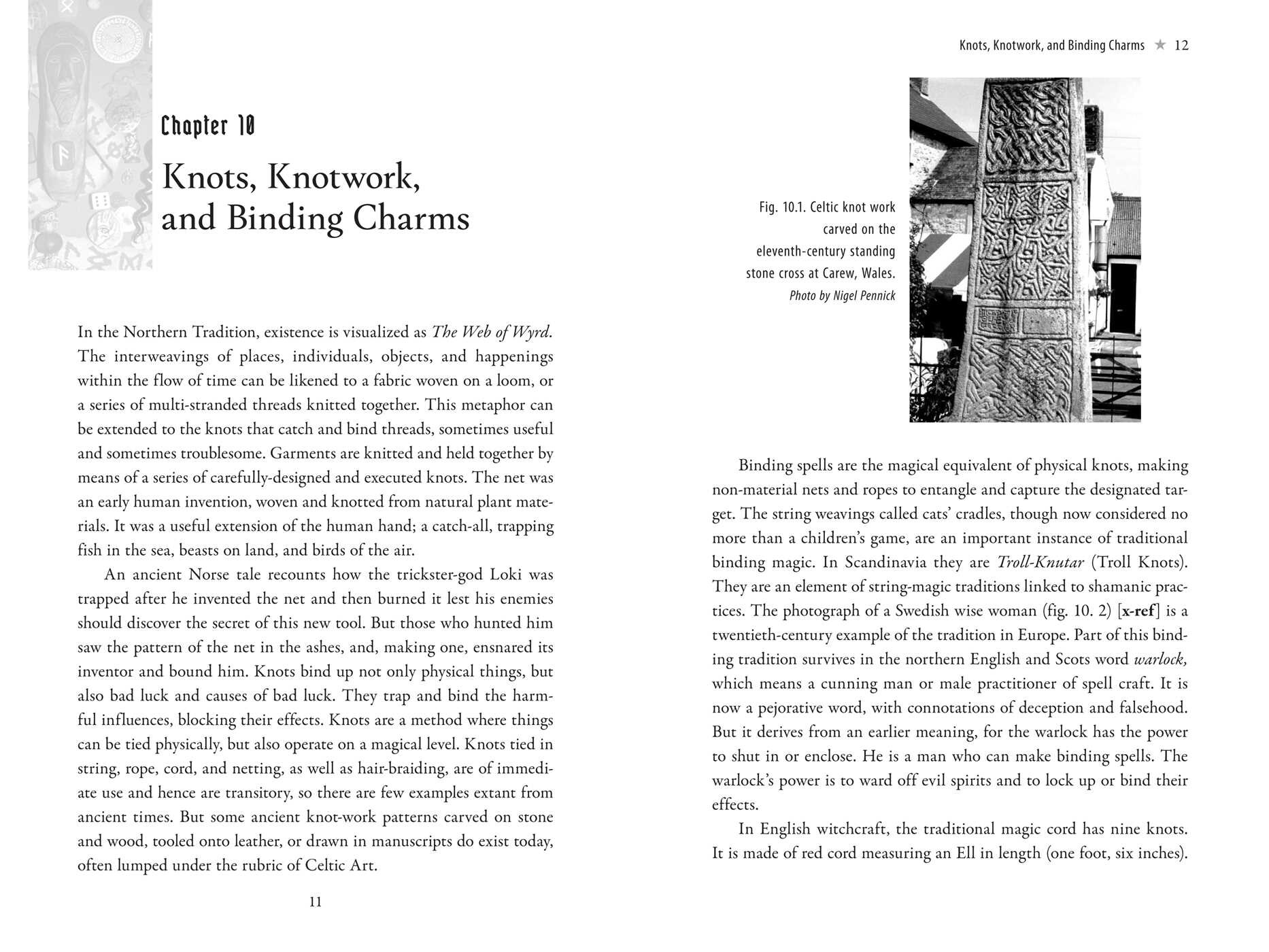 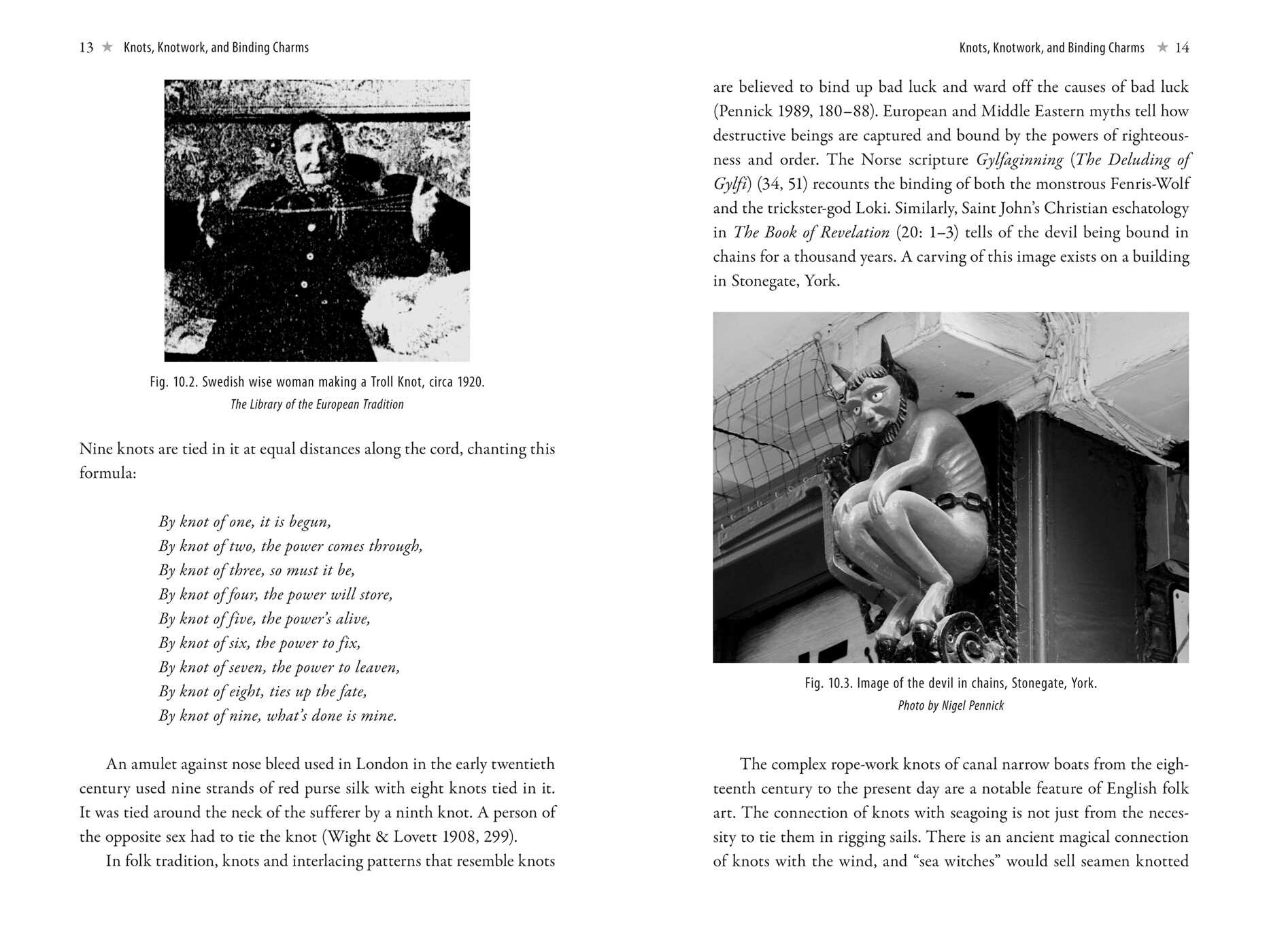 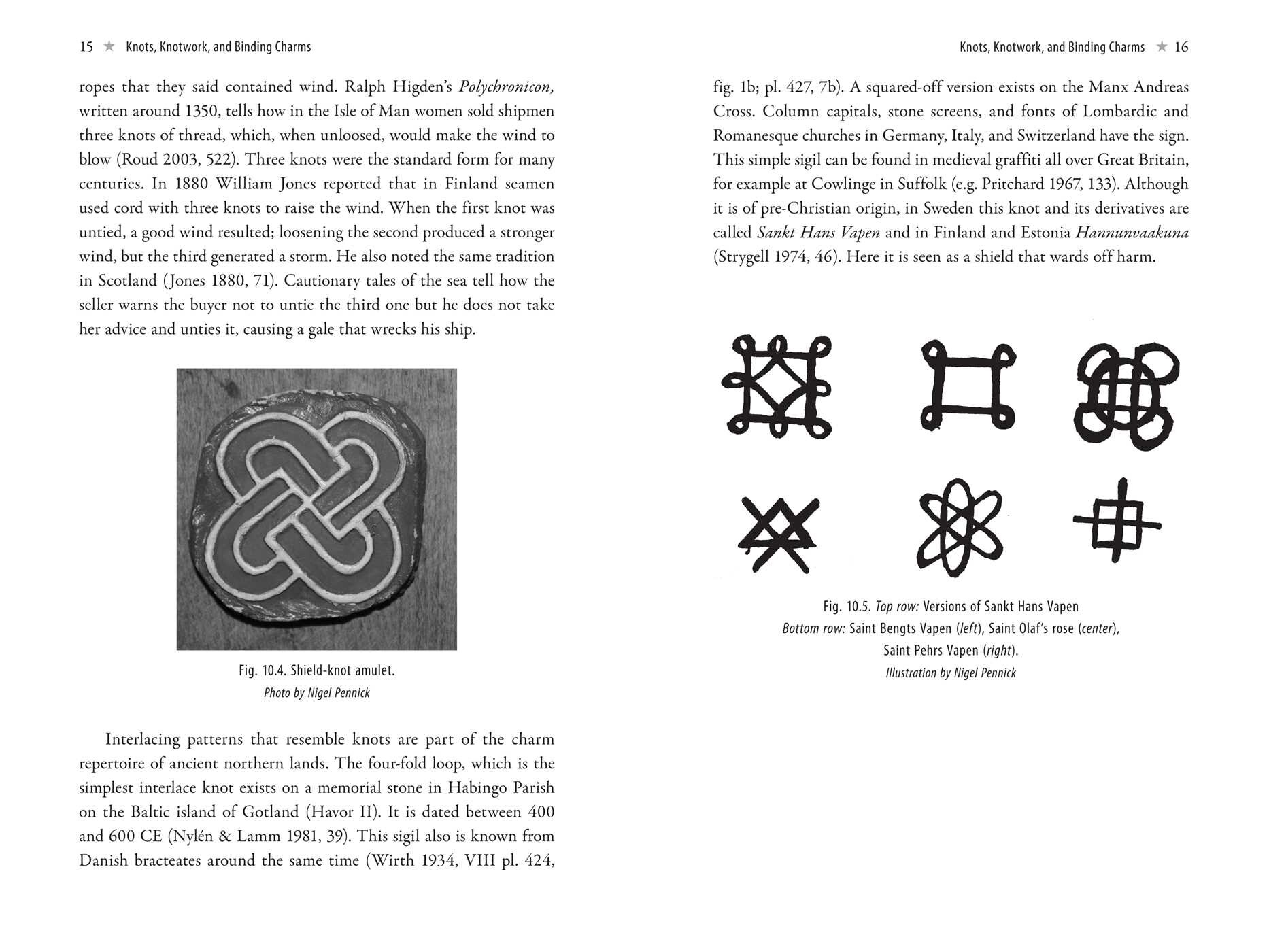 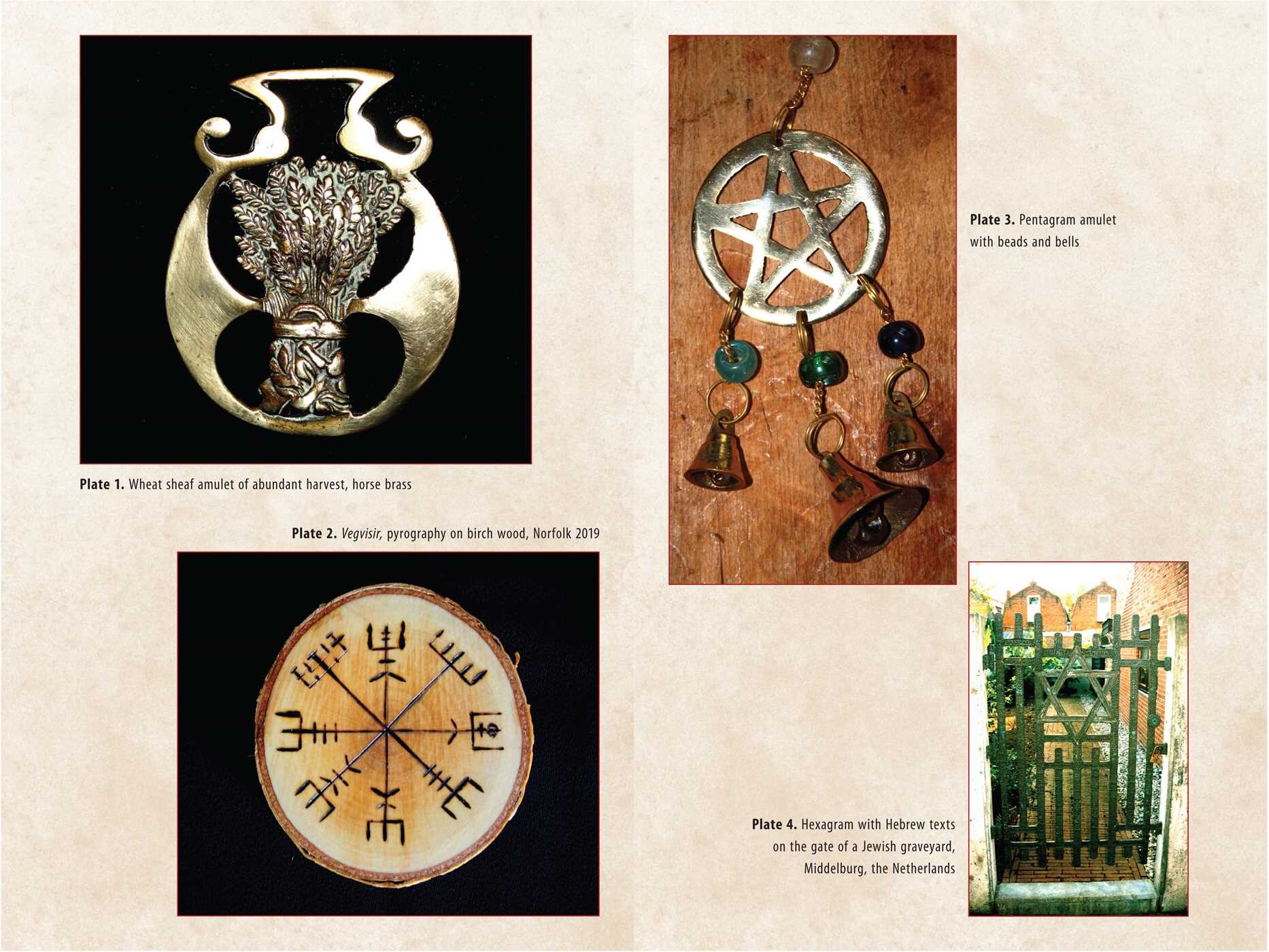 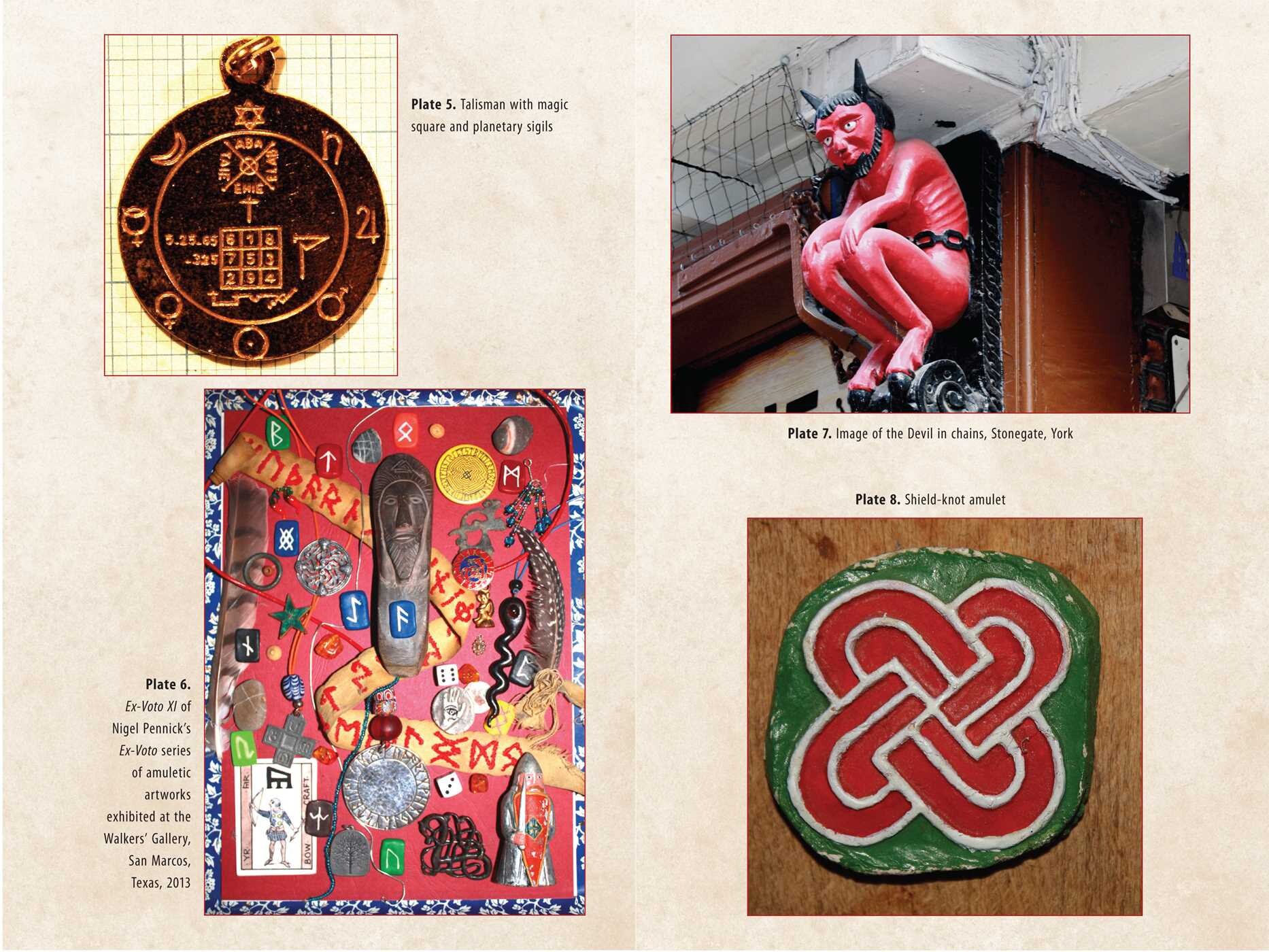 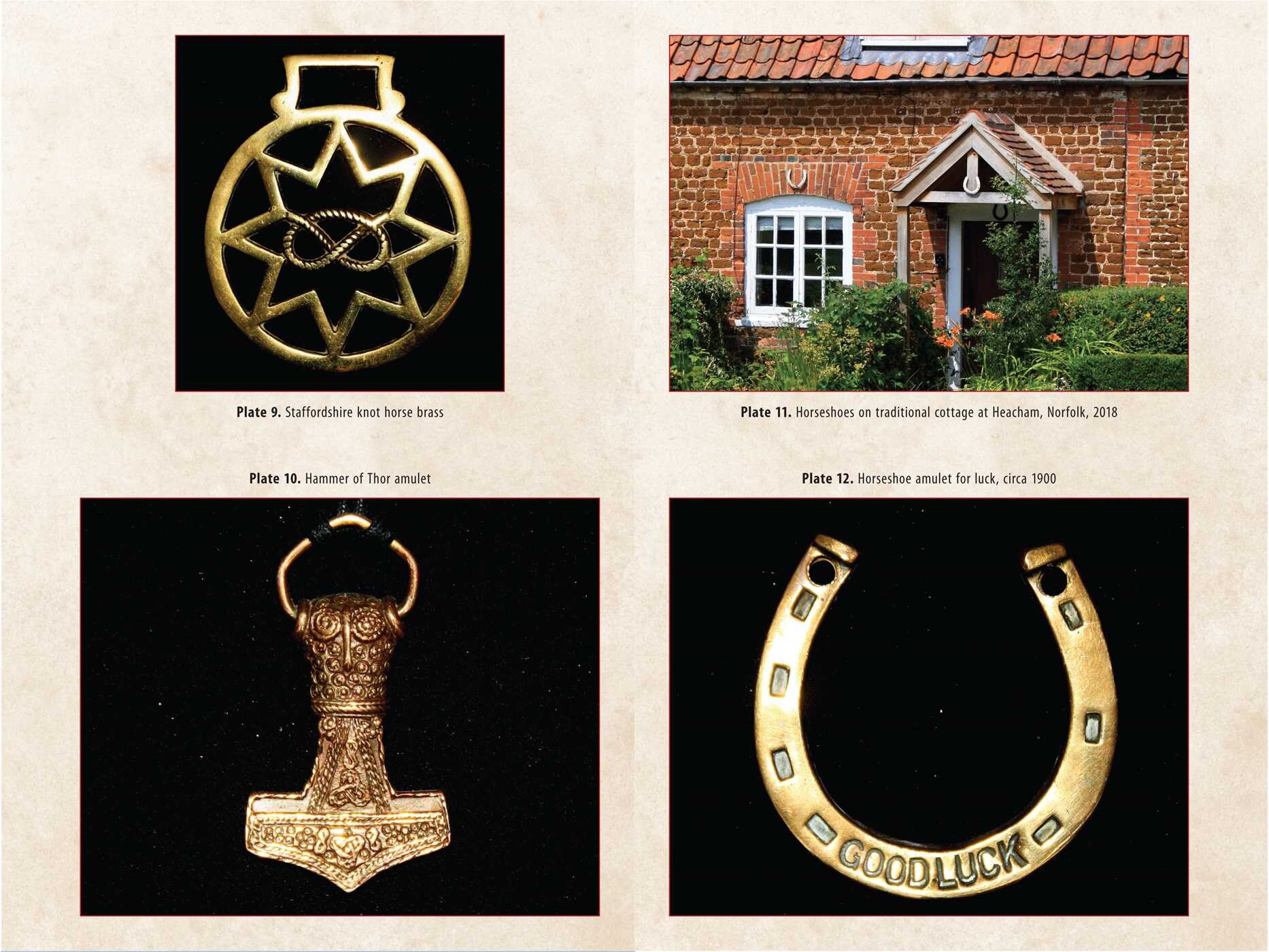 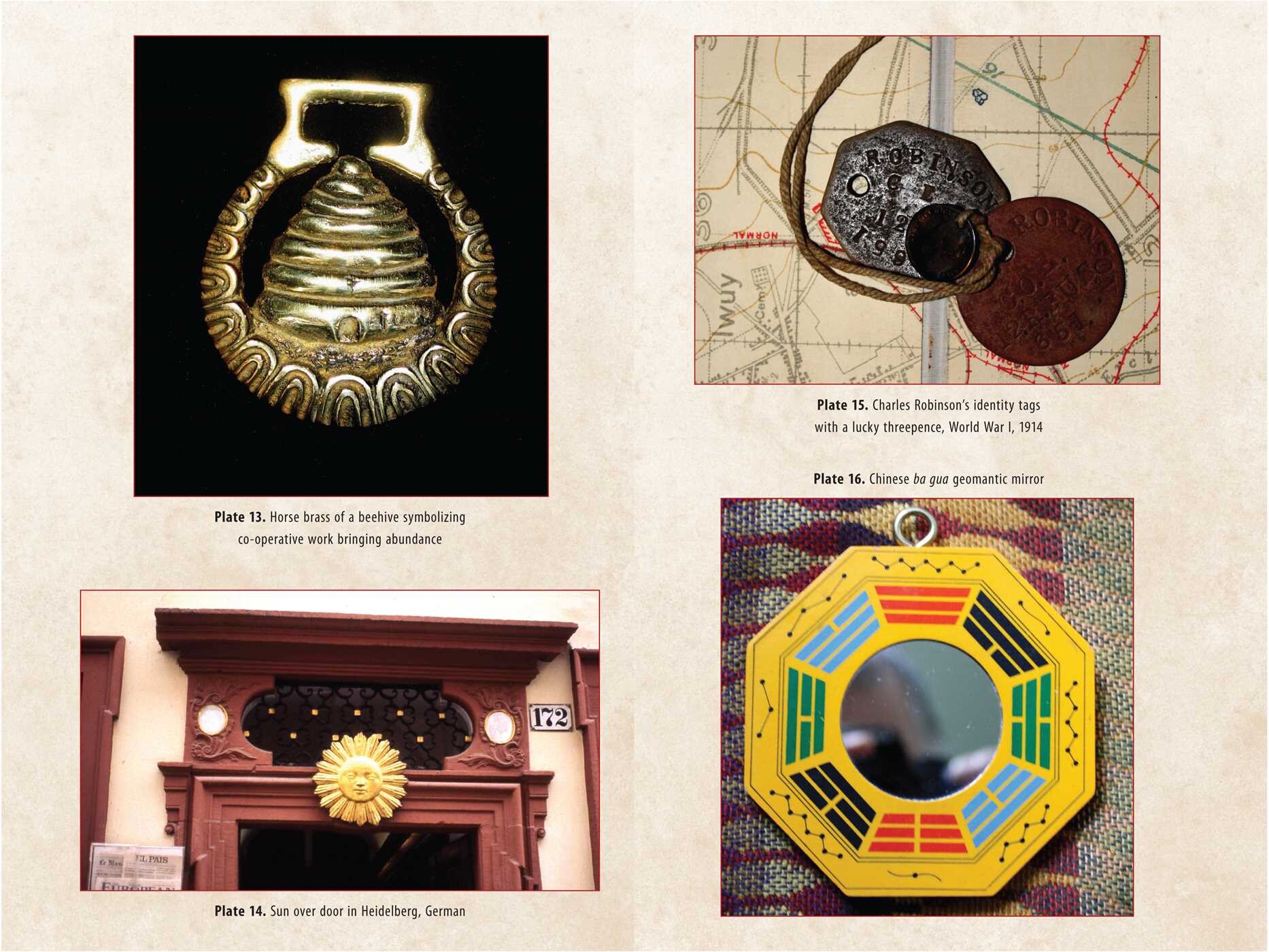 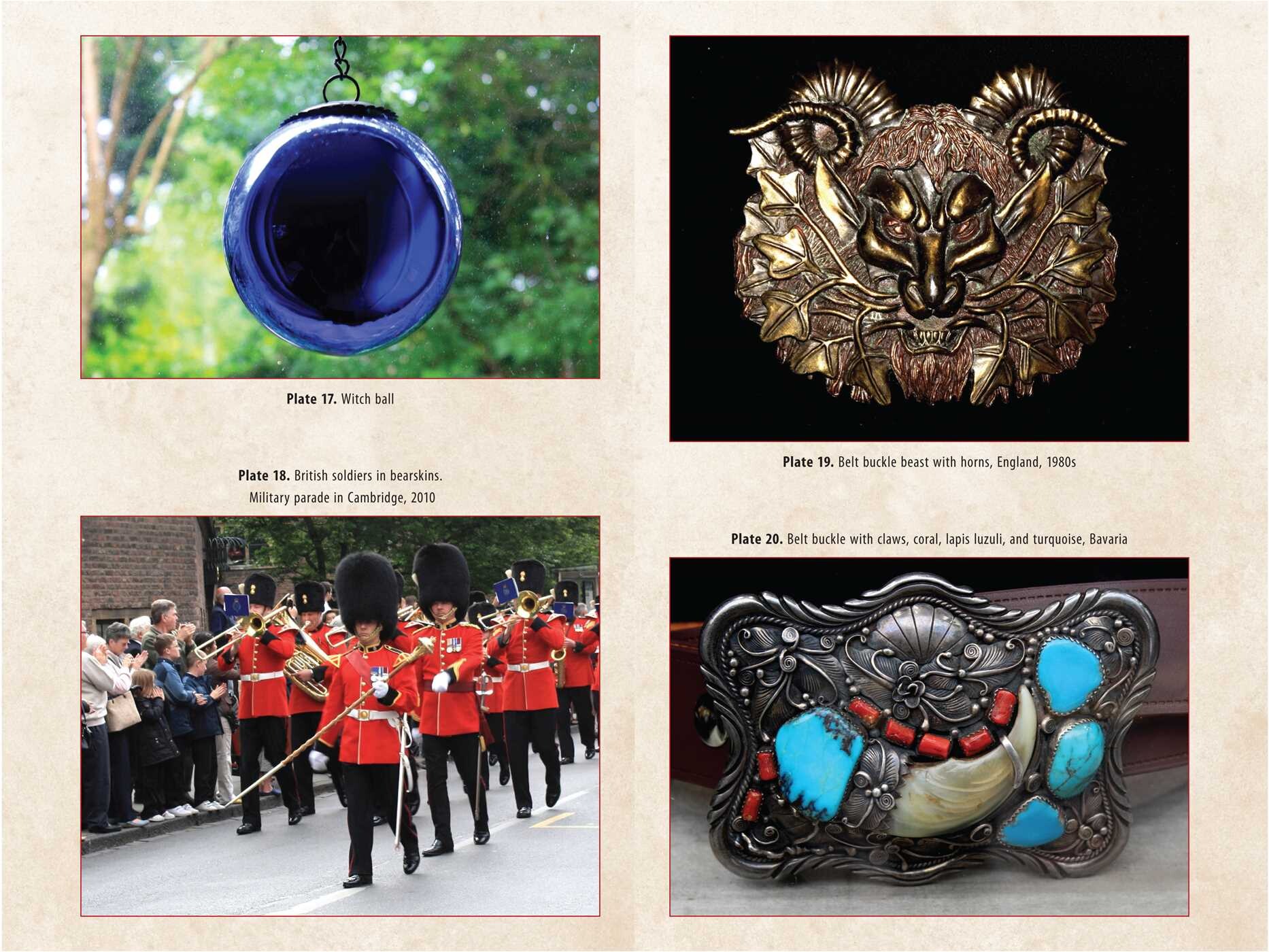 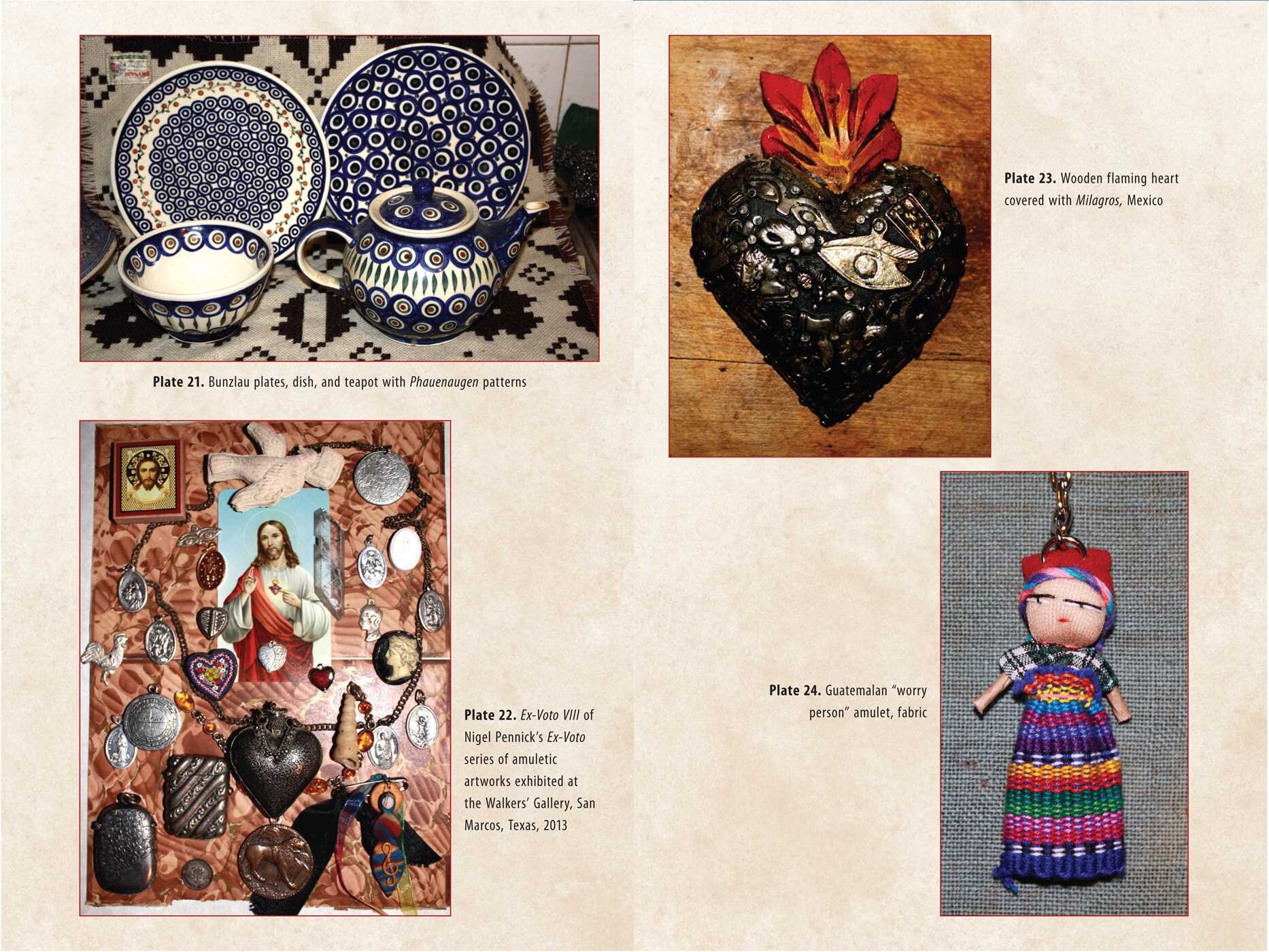 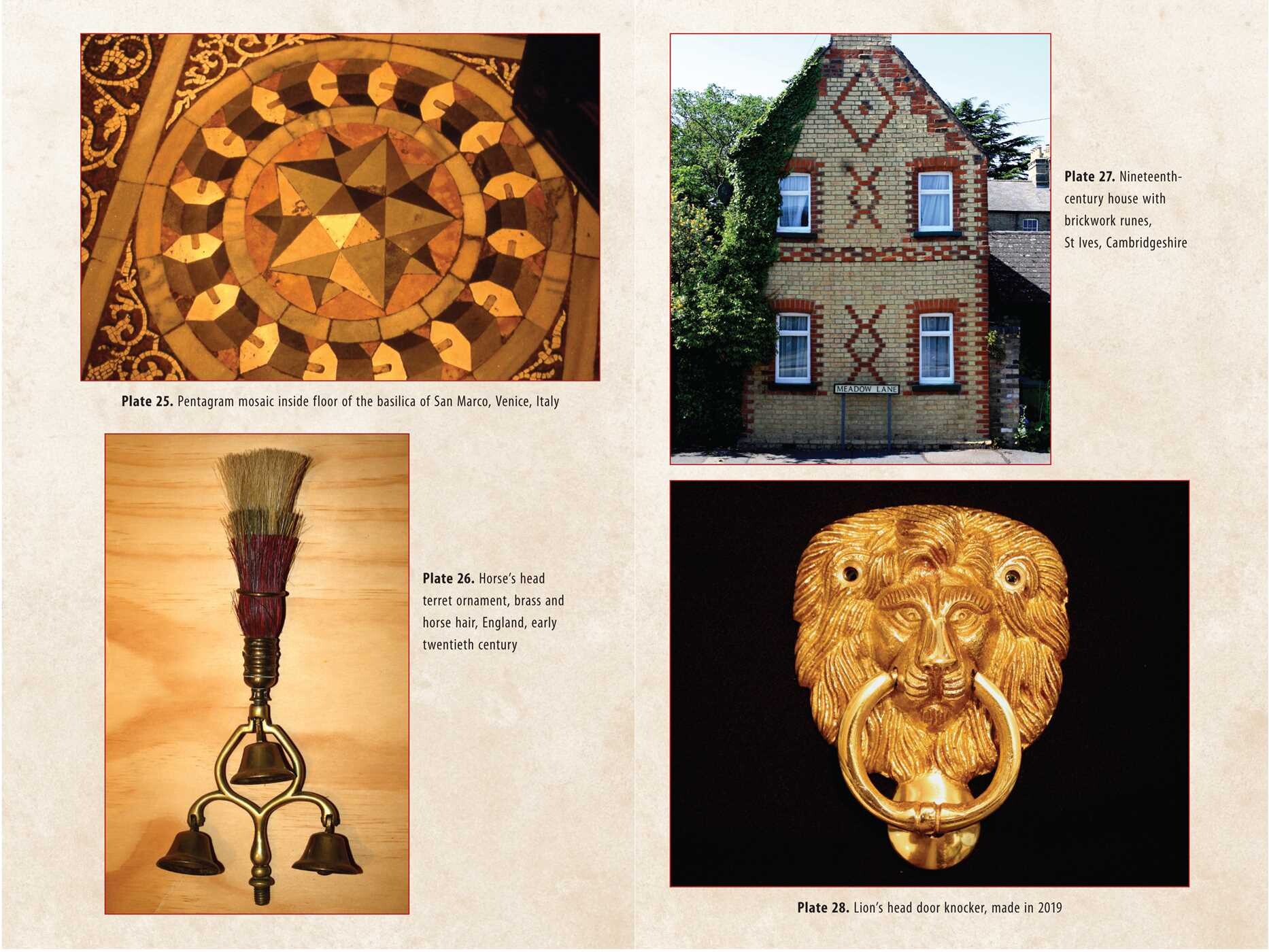 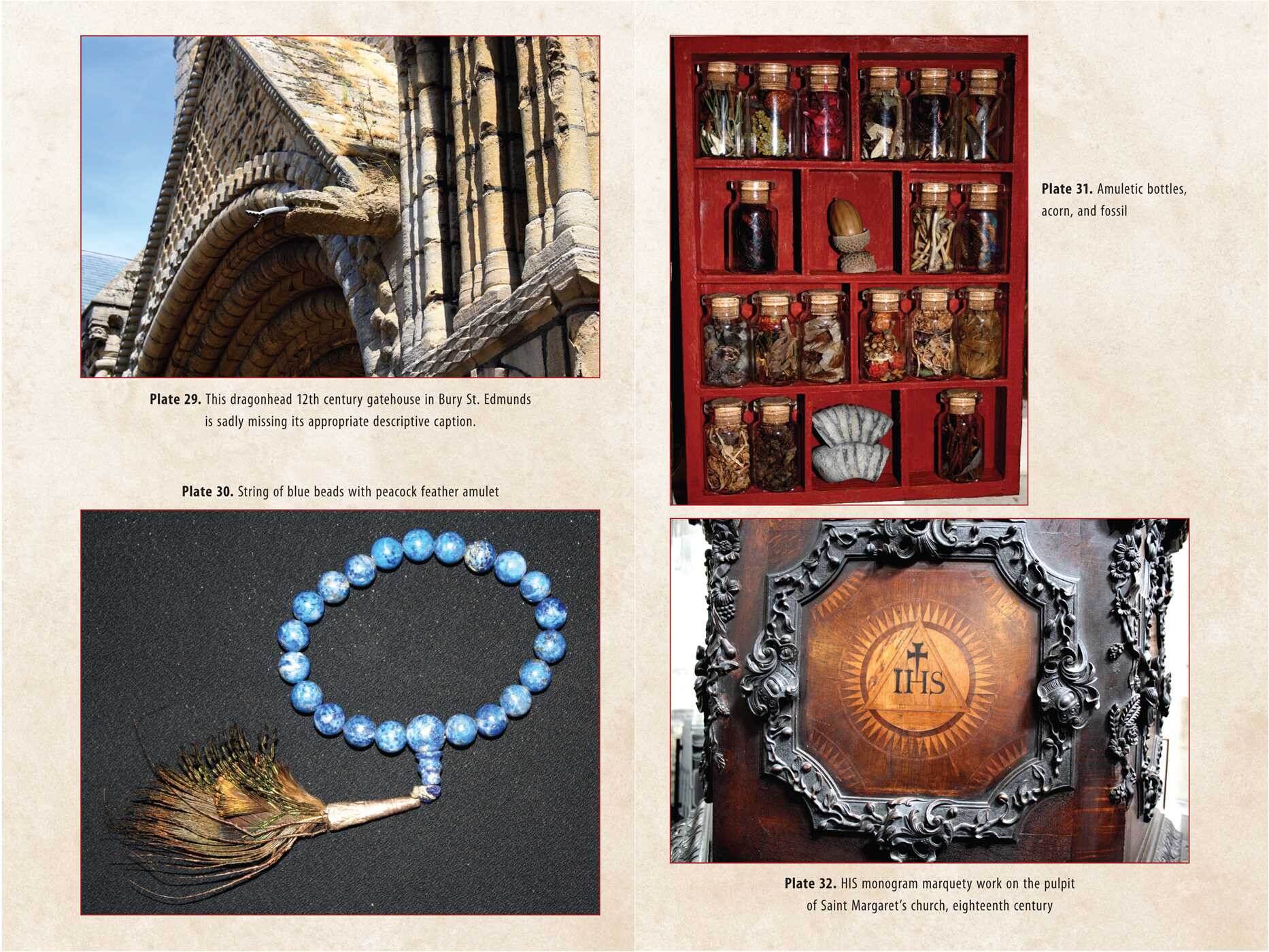 The Ancestral Power of Amulets, Talismans, and Mascots

Folk Magic in Witchcraft and Religion

An illustrated exploration of the origins and history of amulets, lucky charms, talismans, and mascots

• Looks at the age-old spiritual principles, folklore, and esoteric traditions behind the creation of magical objects as well as the use of numbers, colors, sigils, geometric emblems, knots, crosses, pentagrams, and other symbols

• Explores hundreds of artifacts, such as hagstones, Norse directional amulets, car hood mascots, objects made from bones and teeth, those connected with plants and animals, charms associated with gambling, and religious relics

• Includes photos of artifacts from the author’s extensive collection

Offering an illustrated exploration of the origins and history of amulets, lucky charms, talismans, and mascots, including photos of unique and original artifacts from his extensive collection, Nigel Pennick examines these objects from a magical perspective, from ancient Egypt to the present. He looks at the age-old spiritual principles, folklore, and esoteric traditions behind their creation as well as the use of numbers, colors, sigils, geometric emblems, knots, crosses, pentagrams, and other symbols. He explores the magic of objects from the mineral world, such as crystals, hagstones, graveyard dust, Norse directional amulets, car hood mascots, horseshoes, and the magic properties of various metals. He examines the spiritual significance of glass and looks at amulets and talismans connected with plants, including four-leaf clovers and mistletoe, and with animals and birds, such as the rabbit’s foot and black cats.

Pennick explores magical charms and objects manufactured from bones, teeth, claws, and horns and those that include symbols of the human body, such as objects with eyes, hands, and hearts. He looks at charms associated with gambling and the power of military mascots. He also discusses religious relics as well as the combining of charms to make more powerful objects, from the bind runes of the Norse and the crowns of ancient Egypt to the Mojo hand and the medicine pouch.

Revealing the lasting power of amulets, talismans, charms, and mascots, Pennick shows that these objects and symbols have retained their magic across the centuries.

From Chapter 5: Things, Objects, and Places

Things worn around the neck as pendants or carried somewhere on the person are generally amulets. As C. J. S. Thompson characterized them: “the belief that certain objects, natural or artificial, composed of metals, stone, clay, or other materials sometimes possess occult powers capable of protecting those who carry them from danger, disease, or evil influences” (Thompson 1932, 229). Often, collections of amulets and talismans are worn together, as on “charm bracelets.” They may include beads, objects of stone, coral, amber, silver, and gold, and the claws of eagles and bears, wolves’ teeth, toads’ bones, and snake vertebrae. Teeth, claws, and bones link the wearer to the corresponding animal powers. In traditional societies, animal powers are incorporated into personal identity. The úlfheðnar and berserkir of Viking times were warriors who drew on the power of the wolf and the bear, respectively, and in later medieval times, kings such as Heinrich der Löwe (Henry the Lion) of Saxony, Richard Coeur de Lion (Lionheart) of England, and Henry the Lion of Scotland drew on the power of the lion for their fighting prowess.

Charms are amulets that have the power to hold the unknown at bay. They serve as protection against unknown and unprecedented events. Elizabeth Villiers, writing in 1923, described the universal attraction of luck-bringing charms:

“The airman carries his luck bringer in his “bus” when he attempts his greatest flights; the motorist has a mascot on his car. Tennis players, even the most celebrated champions, go to the courts thus protected, so boxers enter the ring. Cricketers and footballers go to the ground with their mascots, while the thousands of spectators who watch the matches carry the chosen luck-bringers of their favourites, hoping to give them victory. In racing it is the same, and it is well known that gamblers have the greatest belief in luck bringers. . . . The lover places his ring--a mascot--on his sweetheart’s finger; the bride goes to the altar carrying her mascot of white flowers; the mother buys her baby the coral and bells, which are the mascots of childhood. The businessman has a paper-weight on his desk, and its shape is that of a horseshoe or a stag or an elephant--all-important mascots to bring commercial success. Recently an explorer set sail after having been presented with so many mascots by admirers that he was obliged to leave most of them behind, while a man tried for his life at the Old Bailey, stood in the dock with a row of mascots behind him.” (Villiers 1923, 9-10)

Villiers defined the spiritual rules that govern the use of luck-bringers. She asserted that only a charm that had been given as a gift to the owner could be effective. If one bought one for one’s own use or obtained it unjustly, then its power would be ineffective. Furthermore, if one is an unworthy person, it will not bring good fortune (Villiers 1923, 1).

Mascots are said to be most powerful if they are worn on the left side (Villiers 1923, 1). The meaning of the word mascot has altered since Villiers’s time. Mascot originated in France around 1867, with a general meaning of a lucky charm, an amulet, or talisman. Popularized by Edmond Audran in his opera La Mascotte (1880), it was absorbed into English with the same meaning. Subsequently, the meaning of the word has become restricted to a lucky image, often a person in costume who functions as a cheerleader at sporting events. From the 1970s, the rock bands the Grateful Dead and Iron Maiden have had skeletal images as their logos, mascots called Skeleton Sam and Eddie, respectively.

In pre-Christian Europe ancestral holy places--homesteads, grave mounds, tombs, and battlefields--were venerated as dwelling places of ancestral spirits, which were not seen as necessarily malevolent. Sagas, legends, and folktales recounted notable events that occurred there, which explained the meaning of their names. Gods, heroes, spirits, demons, events of death and destruction, apparitions, and accidents are recalled in place-names and their associated stories. Some remain today, places where people can experience transcendent states of timeless consciousness, receive spiritual inspiration, and accept healing. Materials from such places, such as dust scraped from standing stones, were (and are) considered somehow to contain some of the power.

It is possible to carry away the inherent magical properties of materials from specific places deemed sacred. Twigs, cones, fruit, seeds, and fragments of wood from holy trees can be made into amulets, either unaltered or by transformation into images. Likewise, pieces of stone chipped from sacred megaliths or other images contain the sacred power.

For thousands of years, small sacred images and talismans have been sold at places of pilgrimage to be taken back home by pilgrims as a token that they have been there and also as powerful objects in their own right. Tourists’ souvenirs are a secular continuation of these relics of pilgrimage. This is what André Malraux called the persisting life of certain forms reemerging again and again like specters from the past (Malraux 1978, 13). Dust from standing stones and graveyards, pieces of sacred trees, wood from trees in Nazareth and Jerusalem or the British Royal Oak, Irish stones, or water from the River Jordan, the Zamzam Well at Mecca, Holywell, or Walsingham are all instances of this. Grave dirt, imbued with the essence of the dead, is an important ingredient in certain powders used by practitioners of hoodoo.
Nigel Pennick

Nigel Pennick is an authority on ancient belief systems, traditions, runes, and geomancy and has traveled and lectured extensively in Europe and the United States. He is the author and illustrator of more than 50 books, including The Pagan Book of Days. The founder of the Institute of Geomantic Research and the Library of the European Tradition, he lives near Cambridge, England.

The Ancestral Power of Amulets, Talismans, and Mascots

Folk Magic in Witchcraft and Religion