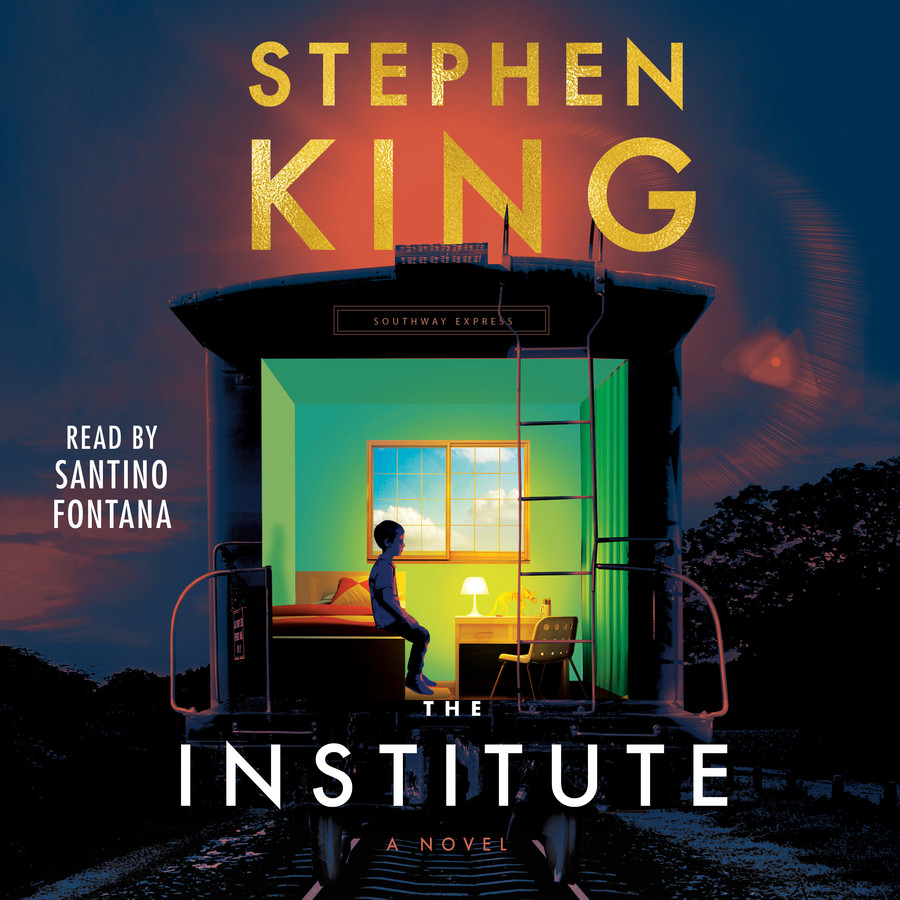 From #1 New York Times bestselling author Stephen King, the most riveting and unforgettable story of kids confronting evil since It. “This is King at his best” (The St. Louis Post-Dispatch).

In the middle of the night, in a house on a quiet street in suburban Minneapolis, intruders silently murder Luke Ellis’s parents and load him into a black SUV. The operation takes less than two minutes. Luke will wake up at The Institute, in a room that looks just like his own, except there’s no window. And outside his door are other doors, behind which are other kids with special talents—telekinesis and telepathy—who got to this place the same way Luke did: Kalisha, Nick, George, Iris, and ten-year-old Avery Dixon. They are all in Front Half. Others, Luke learns, graduated to Back Half, “like the roach motel,” Kalisha says. “You check in, but you don’t check out.”

In this most sinister of institutions, the director, Mrs. Sigsby, and her staff are ruthlessly dedicated to extracting from these children the force of their extranormal gifts. There are no scruples here. If you go along, you get tokens for the vending machines. If you don’t, punishment is brutal. As each new victim disappears to Back Half, Luke becomes more and more desperate to get out and get help. But no one has ever escaped from the Institute.

As psychically terrifying as Firestarter, and with the spectacular kid power of It, The Institute “is another winner: creepy and touching and horrifyingly believable, all at once” (The Boston Globe).

Stephen King is the author of more than sixty books, all of them worldwide bestsellers. His recent work includes If It Bleeds, The Institute, Elevation, The Outsider, Sleeping Beauties (cowritten with his son Owen King), and the Bill Hodges trilogy: End of Watch, Finders Keepers, and Mr. Mercedes (an Edgar Award winner for Best Novel and an AT&T Audience Network original television series). His novel 11/22/63 was named a top ten book of 2011 by The New York Times Book Review and won the Los Angeles Times Book Prize for Mystery/Thriller. His epic works The Dark Tower, It, Pet Sematary, and Doctor Sleep are the basis for major motion pictures, with It now the highest-grossing horror film of all time. He is the recipient of the 2020 Audio Publishers Association Lifetime Achievement Award, the 2018 PEN America Literary Service Award, the 2014 National Medal of Arts, and the 2003 National Book Foundation Medal for Distinguished Contribution to American Letters. He lives in Bangor, Maine, with his wife, novelist Tabitha King.

"Stephen King's newest audiobook is compulsively entertaining and features a dazzling performance by narrator Santino Fontana. After a seemingly unconnected prelude that is revisited much later, listeners meet 12-year-old telekinetic genius Luke Ellis. One night, Luke's parents are brutally murdered, and he's drugged, kidnapped, and brought to The Institute. There, he meets other supernaturally gifted children who have been taken. Fontana does wonders with this diverse lineup of young characters who band together to fight their captors. Each of them sounds authentic and unique. Meanwhile, the adult characters, with a few exceptions, are a nightmarish bunch. Through them, Fontana shows that evil can have many different voices. While this isn't King at his most original, his and Fontana's talents are a winning combination."