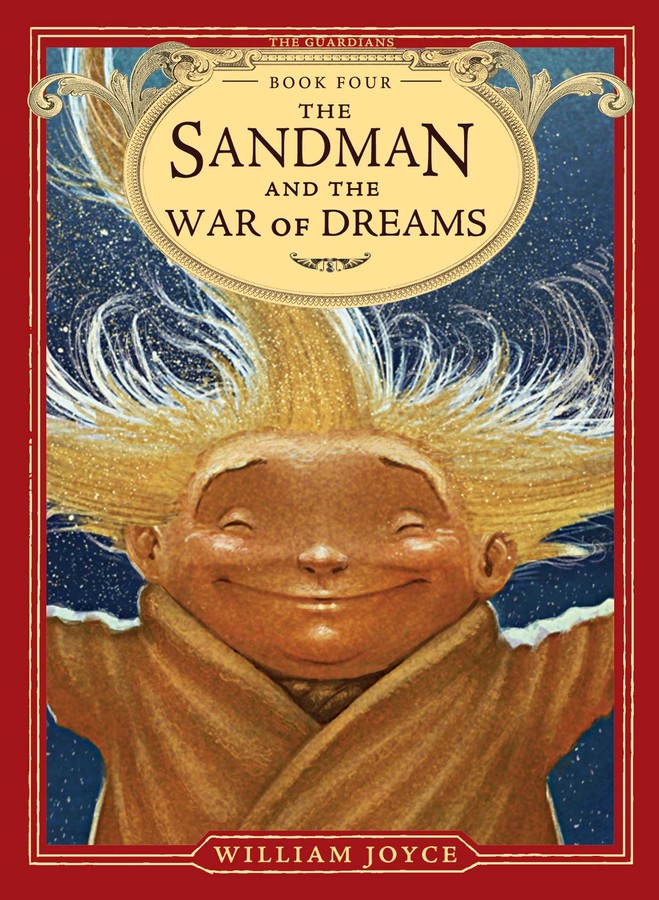 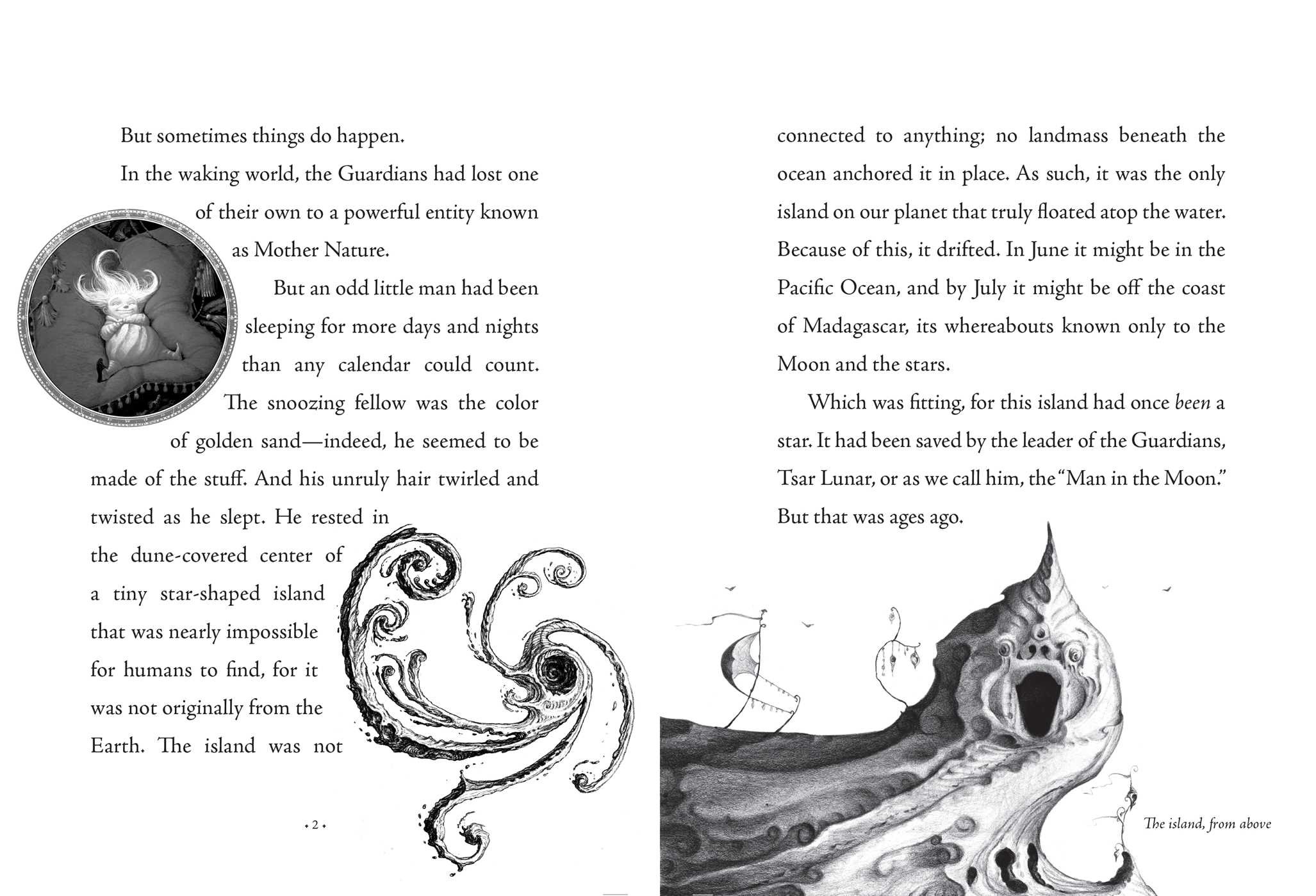 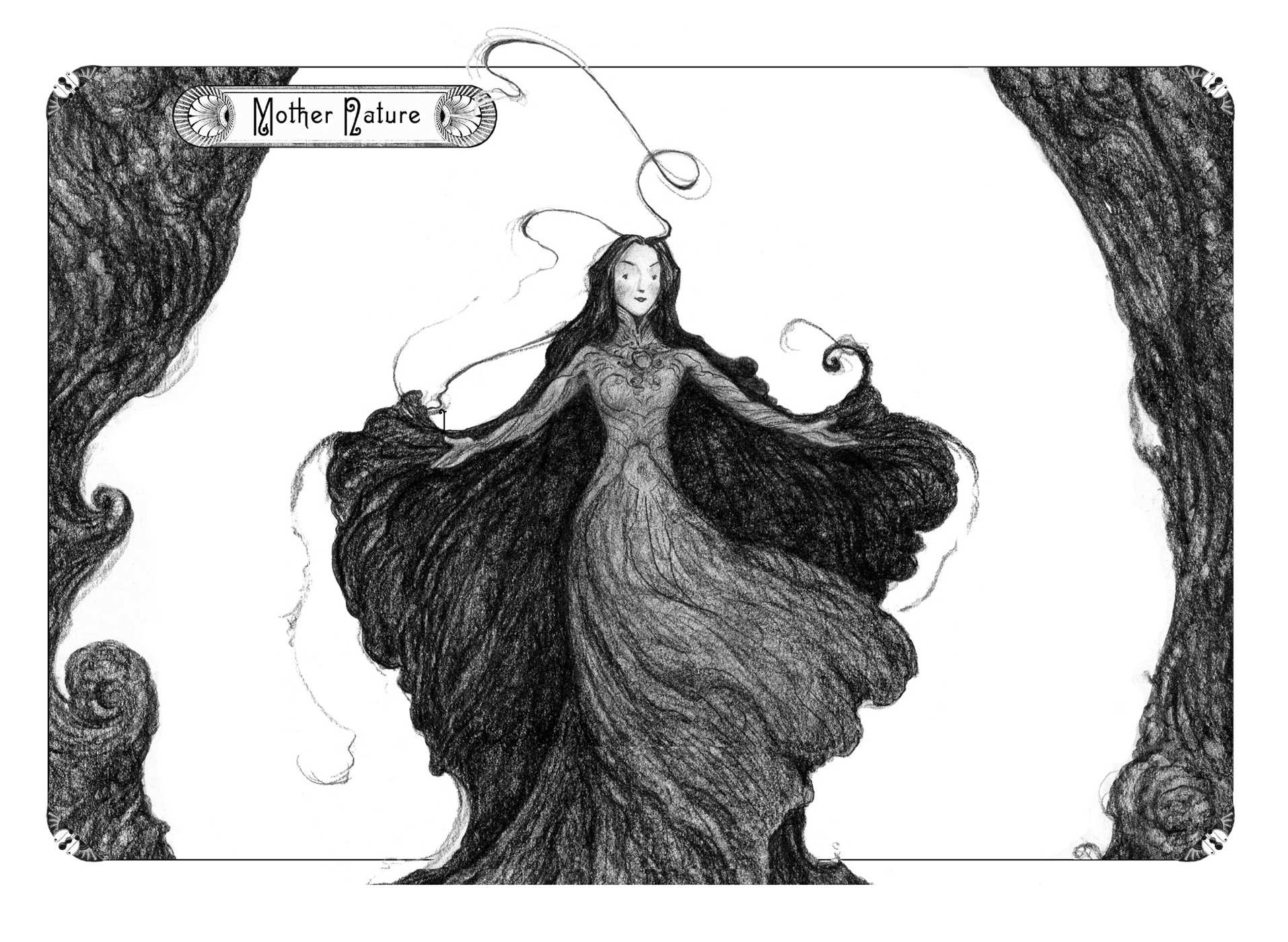 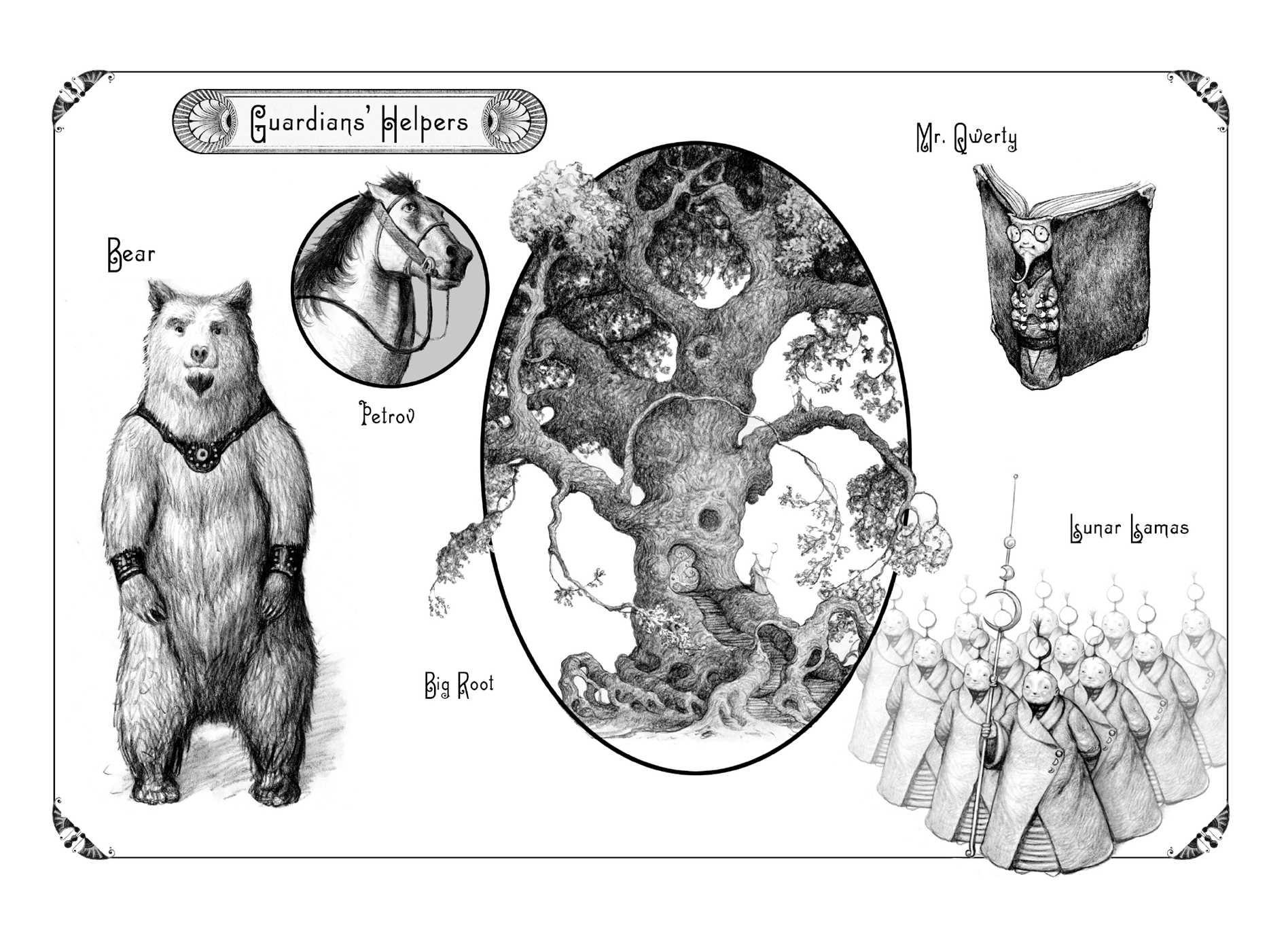 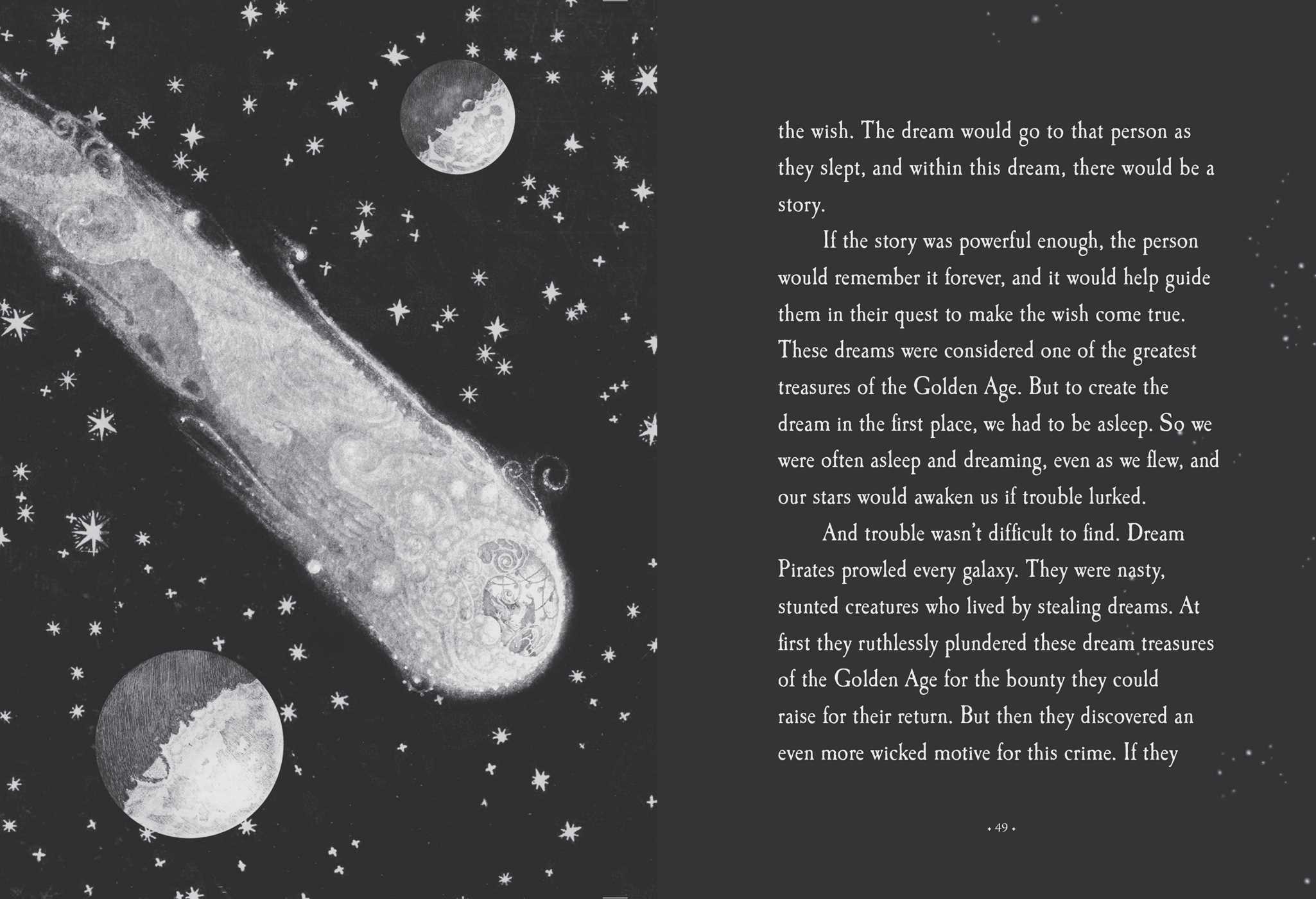 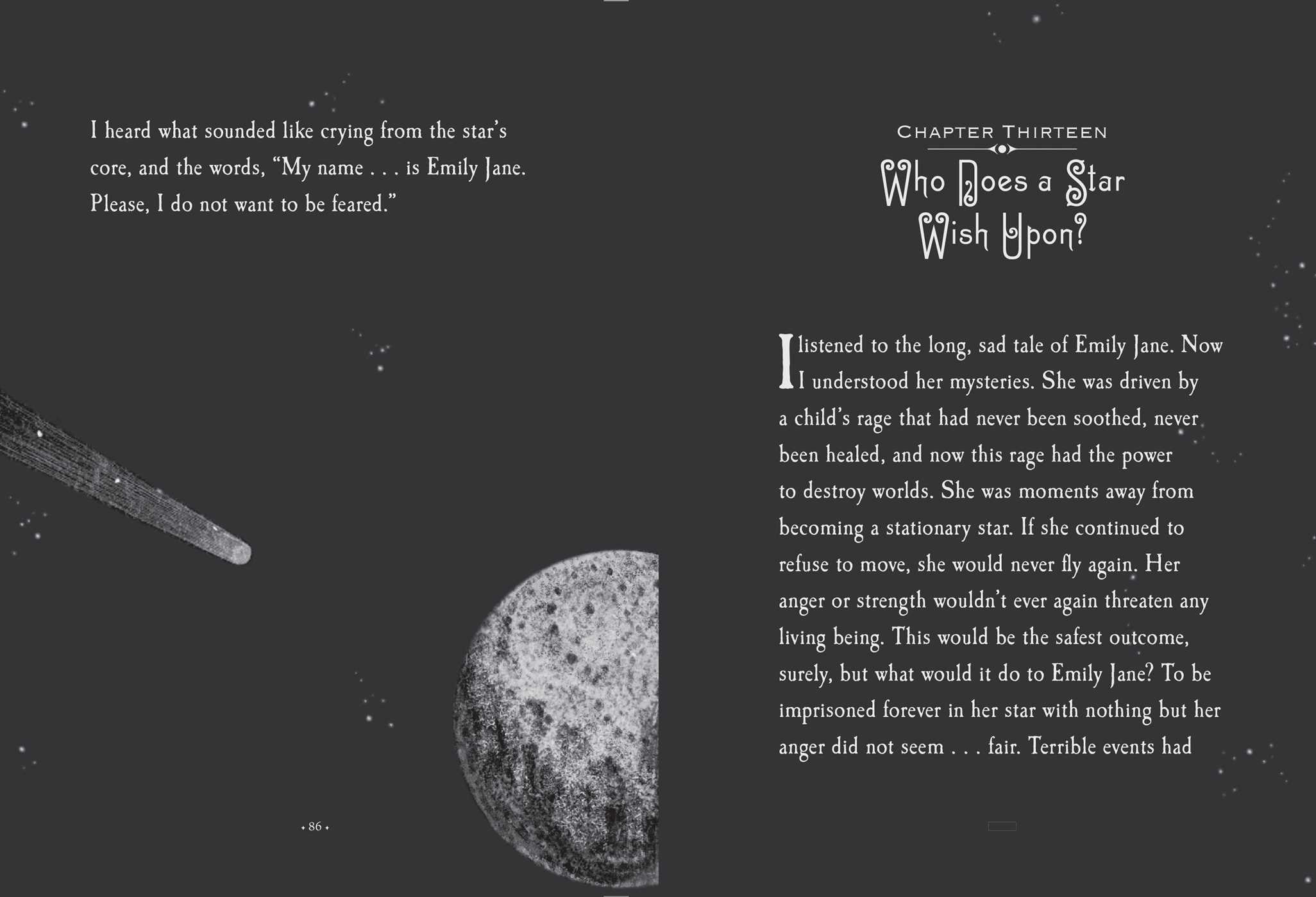 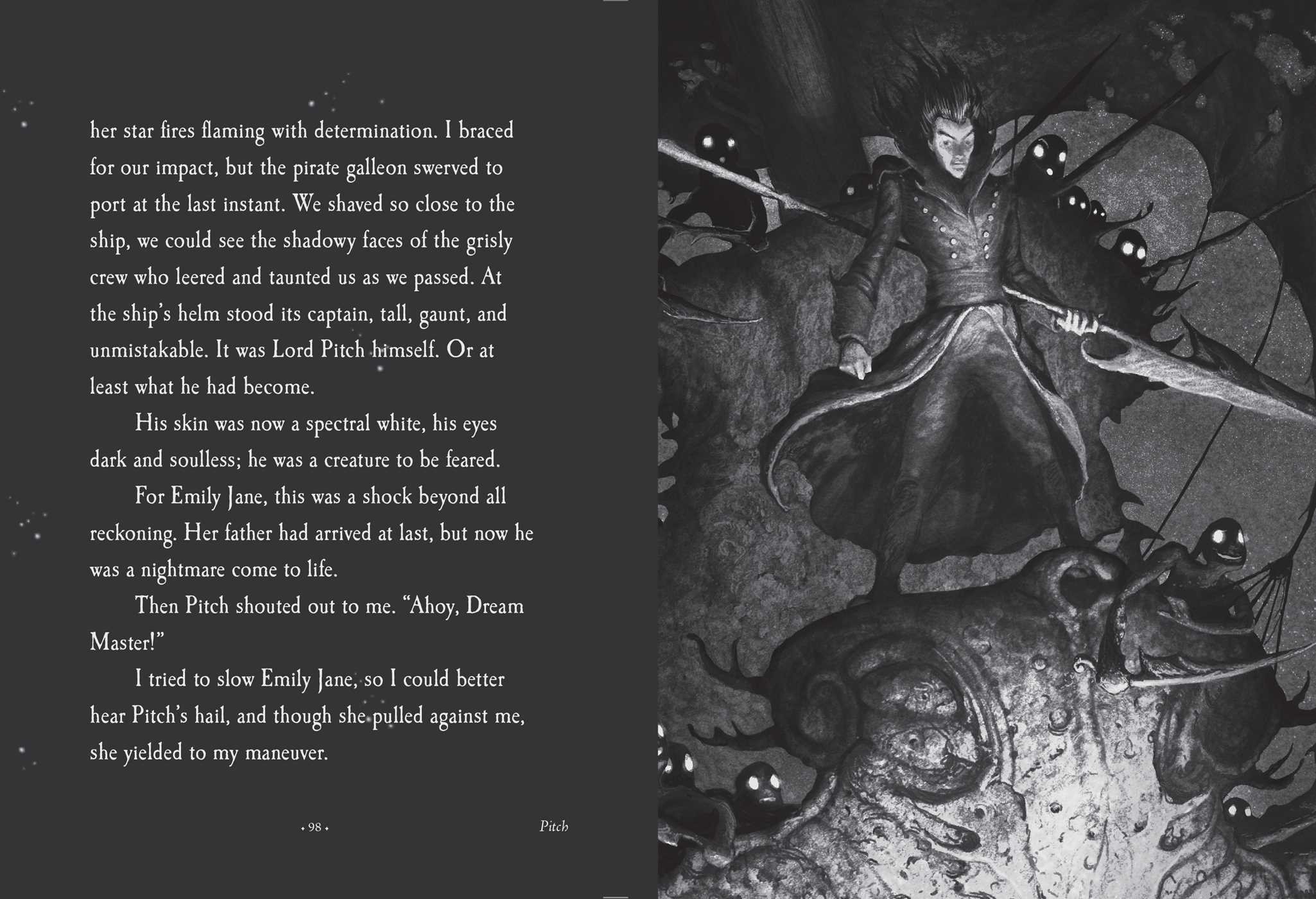 Academy Award winner William Joyce’s Guardians recruit Sanderson ManSnoozy, the sleepy legend also known as the Sandman, to their cause in this fourth chapter book adventure.

When the Man in the Moon brought together the Guardians, he warned them that they would face some terrible evils as they strove to protect the children of earth. But nothing could have prepared them for this: Pitch has disappeared and taken Katherine with him. And now the Guardians are not only down one member, but a young girl is missing.

Fortunately, MiM knows just the man to join the team. Sanderson ManSnoozy—known in most circles as the Sandman—may be sleepy, but he’s also stalwart and clever and has a precocious ability to utilize sand in myriad ways. If the other Guardians can just convince Sandy that good can triumph evil, that good dreams can banish nightmares, they’ll have themselves quite a squad. But if they can’t…they might never see Katherine again.

The Guardians, Book 4: The Sandman and the War of Dreams

2. Discuss the encounter between Pitch and his daughter, Mother Nature. How would one describe the relationship between them? For example, when Pitch says with a sneer, “Yes, my daughter, I will not touch her (Katherine),” what does this tell you about Pitch?

3. As a Star Captain, Sandy was honor bound to send a dream powerful enough for the person receiving it to remember it and guide them in their quest to make that dream come true. Have you or anyone you know had a dream that was powerful enough to change their life?

5. What happened to Lord Pitch to turn him from a gentleman of the Golden Age to a ruthless murderer? As a true gallant, humane, and compassionate general, would Lord Pitch execute his murderous sentence to the pirates without a thorough investigation? Did he feel like he conducted one? Do you?

6. Describe Emily Jane as a child in the Golden Age. What horrific scene did she witness during the Dream Pirates’ attack on her home? What characteristics did Emily Jean have that helped her survive this incident? Who was the first to help Emily Jean and how did their relationship evolve?

7. The constellation Typhan was a powerful ally during the Golden Age. What did the Dream Pirates do to him? How was his helping Emily Jane during her time of need beneficial to him?

8. As a human child living on the constellation Typhan, where does Emily Jane find the resources needed to survive?

9. What happened on Emily Jane’s sixteenth birthday that sent her into a rage? How did she react? What did Typhan do to Emily Jane? Who rescued Emily Jane and how?

12. What did Sandman use to make friends with the starfish in the sky? How did this friendship benefit Sandy in his attempt to help Emily Jane?

13. What event happens on the day that Emily Jane learned that Lord Pitch had won the war against the Dream Pirates and that the Golden Age was safe again? How did Sandman help Emily Jane in time to prevent her from becoming a sun?

14. While working with Sandman on granting wishes, Emily Jane learned that all the wishes had a central theme. She says, “I think all wishes are the same really . . . what they are really asking for is happiness.” Do you agree with her? When Sandman asked Emily what she would wish for, what did she say?

16. Discuss the significance of the silver locket Emily Jane gave her father before the battle against the Dream Pirates. When the Dream Pirates escaped from Lord Pitch’s power, what happened to the locket?

17. How had Lord Pitch changed physically since he became the leader of the Dream Pirates?  How had he changed mentally? Pitch said, “This dream you sent killed my soul and made me what I am now!” How did Emily Jane react? If your father said that to you, how would you feel?

18. After experiencing Sandman’s dream, Nightlight touched the sand in Mr. Qwerty’s book. He placed a few grains of sand to his head, and it calmed him and gave him a bit of the “knowing.” He now understood his friends were hurting from the loss of Katherine. How did he use this knowledge to help his friends find a way to save Katherine?

19. Katherine, as a captive, watched in horror as all her stories were torn from her book. Her entire history was taken away by Pitch. Is it possible for someone to steal another person’s story?

21. Discuss the relationship between Sandy and Emily Jane. What do you make of Emily’s comment to Sandy, “I can stand anyone’s tears but yours”?

22. Discuss the transformation of North’s “New City to the North.” Discuss the dividing of Big Root, how the city was transported, how it landed, and also how North’s dream went from imagination to reality with no one knowing about the changes he had made from the original plan.

23. As North’s village was being built, Ombric realized that North was now more powerful than he. He says, “His pupil was now the master. But that’s how it should be.” Discuss the changing roles of family members as they age. For example, how the child becomes the parent and vice versa.

24. There were many obstacles to Katherine’s rescue. Discuss the many ways Sandman used his Guardian’s power to make a successful rescue. Who came to help him? What did moonbeam remember and what background information on Pitch and Nightlight did it provide? How was Nightlight’s dagger made? What was so special about this dagger? What did Sandman and Nightlight think of the rescue of Katherine and why?

25. What is “The Magic Kiss of Good Night”? How does it relate to this story?

26. Nightlight used his power and thus he could not stay a Nightlight. For once he was able to dream. What was the result of Nightlight sleeping?

27. Discuss the theory of nature versus nurture, then compare and contrast Emily Jane and Katherine.

28. Both Katherine and Emily Jane have experienced the feeling of being abandoned. How did they cope with their situation? Did one have a better outcome from her experience than the other?

29. Discuss the importance of friendship in this book. What exactly is friendship? Does friendship just happen or is it a gradual process? Were the Guardians all friends immediately or did it take them a while to appreciate one another?

30. While taming a wild star, Sandman was patient, and in time, it learned to trust him. Sandman said, “A friend is like a savior to one so angry and lost.” What does he mean?

31. Emily Jane feared her father had changed so much for the worse that he would not be able to be saved. Is it possible for someone to be saved? How would one attempt to help someone become a better person? Is there hope for Lord Pitch?

1. Research dreams in the library or on the Internet. What are they? Describe the different types of dreams. What are nightmares?

4. Love versus Hate is another theme in this story. Compile a list of events in the book that signify love and compile another list that signify hate. Compare the two lists. What do you learn from these examples? Are there more examples of love or hate on the lists?

5. Describe the characteristics of Emily Jane and do the same for Lord Pitch. What do these two characters have in common? How are they different? Make a graph showing the differences and the similarities between daughter and father.

6. What are Fearlings? What are they afraid of? Write a short story about a Fearling and his/her fears. What keeps the fear away for him/her?

8. Using sand, make a model of Sandman Mansnoozie’s island. Refer to the illustrations and the written description in the book for assistance in making the island.

10. What is a lullaby? Why do parents sing them? Write a lullaby that describes Sandman Mansnoozie and his abilities to keep nightmares away. Sing the song to your friends. 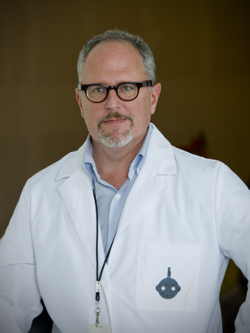 William Joyce does a lot of stuff but children’s books are his true bailiwick (The Guardians series, Dinosaur Bob series, George Shrinks, and the #1 New York Times bestselling The Fantastic Flying Books of Mr. Morris Lessmore, which is also his Academy Award–winning short film, to name a few). He lives in Shreveport, Louisiana. Talk to William Joyce and see upcoming work at @HeyBillJoyce on Twitter and Instagram.

William Joyce does a lot of stuff but children’s books are his true bailiwick (The Guardians series, Dinosaur Bob series, George Shrinks, and the #1 New York Times bestselling The Fantastic Flying Books of Mr. Morris Lessmore, which is also his Academy Award–winning short film, to name a few). He lives in Shreveport, Louisiana. Talk to William Joyce and see upcoming work at @HeyBillJoyce on Twitter and Instagram.