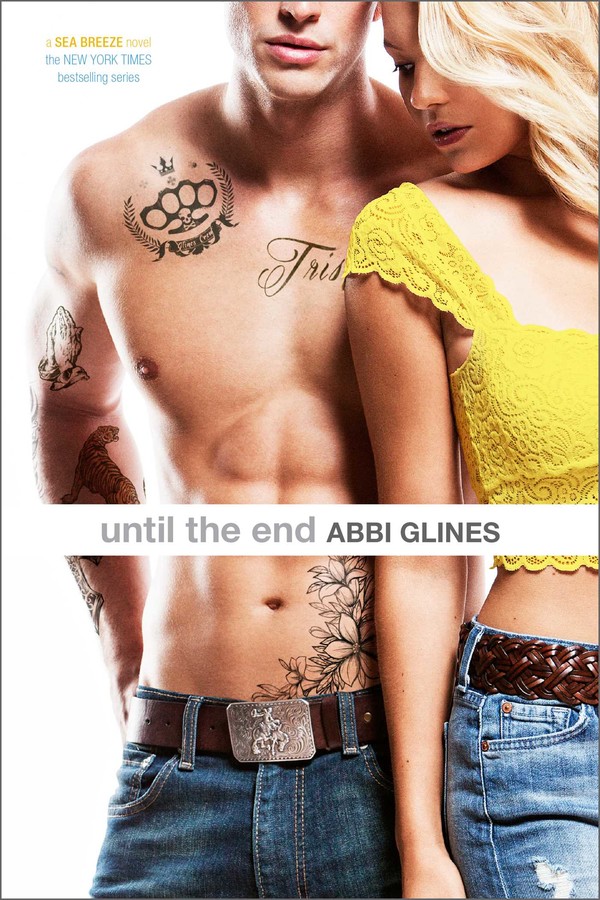 The backstory that fans have been clamoring for—how Rock and Trisha fell in love—is the final novel in the Sea Breeze series from New York Times and USA TODAY bestselling author Abbi Glines.

Trisha Corbin always knew how to hide a bruise. With her momma’s boyfriends unable to keep their hands off her, she had no choice. And as long as it meant the guys wouldn’t go near her little brother, Krit, it was worth it. But her days of dreaming that Prince Charming would ever come rescue her are far, far in the past.

Rock Taylor always had a plan. Through football, he would rise above the life he was born into. A full scholarship to play for a major college team was within his reach—assuming he didn’t let anything get in his way. But scoring a date with the hottest girl in Sea Breeze was proving harder than expected. Trisha Corbin was every man’s walking fantasy, and she wouldn’t even glance his way.

When Rock finally does get Trisha in his truck, it isn’t for a date. It’s because he picks her up on the side of the road, beaten and bruised and trying to get to the local hospital. Before Rock knows it, football is no longer his life. Trisha Corbin is. And he’ll do anything to save her. And keep her.

In addition to Rock and Trisha’s love story, this special conclusion to the Sea Breeze series contains the wrap-up stories of all your favorite Sea Breeze couples: Sadie and Jax, Marcus and Low, Cage and Eva, Preston and Amanda, Jess and Jason, Krit and Blythe, and Dewayne and Sienna. The steamy romance doesn’t stop until the very last page!

“Daddy, watch this!” Daisy May exclaimed excitedly. As if she didn’t already have my complete attention.

“I’m watching,” I assured her.

She ran and began doing cartwheels across the backyard before flipping backward into what I now knew was called a back handspring. My baby girl was a little gymnast, and with that came a lot of practices. But every time she beamed at me and said, “Daddy, watch this!” I couldn’t think of anything else I’d rather watch.

The past two and a half years of being my little girl’s daddy had been some of the best years of my life. Only one other smile moved me as much as Daisy May’s.

Trisha stepped out the back door, smiling at me, with two glasses of lemonade in her hands. That smile was the other one that owned me. Daisy May had become my little girl a few years ago, but Trisha had been my girl for much longer. I had been entranced by the teenager who wouldn’t give me the time of day, and completely captivated by the woman she had become.

“You nailed that, Daisy, baby,” Trisha cheered, and Daisy May instantly lit up. Our little girl had lived the first seven years of her life without the love of a mother. The woman who had given life to our children hadn’t been able to love anyone. She’d been angry and bitter and had neglected not only the children we now claimed as our own but her oldest son too—one of my best friends, Preston Drake. He’d been the only love these kids had known until their mother overdosed, leaving them in need of a home. Preston had been ready to take his younger siblings in, but Trisha and I had fallen in love with all of them. When we’d asked him to let us adopt the kids, he had agreed. He’d wanted them to have a home life with parents who loved them. Something he had never experienced.

They all worshipped the ground Preston walked on. He was still their older brother, and he watched them every Thursday night and any other time Trisha and I needed a night out alone. It was a family unit that worked.

I was one lucky son of a bitch.

“Momma, do you think I’ll make the team next week?” Daisy May asked as Trisha handed her a glass of lemonade.

“I think you’ve worked hard and you have as good a chance as anyone. But no matter what happens, you are number one to us.”

Like always, Trisha knew the right answer to everything, and Daisy May beamed at her.

“Preston said he would be there,” Daisy May said, plopping down on the grass beside me.

“Then he will be. You know he wouldn’t miss your tryouts for anything,” I replied, taking the glass Trisha held out for me—then pulling her down onto my lap. I liked having my woman in my lap. Always had.

“I’m nervous,” Daisy May added, then took a sip.

Trisha reached over and pulled Daisy toward us and tucked her under her arm. “We will be right there cheering you on. You’ve worked hard, and no matter what happens, you will be our star. We will be so proud of what you’ve accomplished. Most of those girls have been taking gymnastics since they were very young. You’ve managed to get a chance at the team in only two years! That right there is a reason to be proud.”

I loved this woman. She could make anyone feel better. I was sitting out here, getting nervous thinking about Daisy May trying out to make the competitive team, and Trisha wasn’t making just Daisy feel better—my nerves were easing too.

Truth was, I didn’t like the idea of anyone telling my baby girl no. But Trisha kept reminding me I couldn’t fight all their battles in life. It was so damn hard, though. They’d suffered enough in their earlier years.

“Next week I get to be a flower girl again,” Daisy said, grinning up at us. She didn’t stay focused on one thing too long. She was already thinking about Preston and Amanda’s wedding.

“You have several weddings coming up. But I imagine next week’s is the one you’re most excited about,” Trisha said, ruffling Daisy May’s brown curls.

“Yep! I can’t wait. Amanda said me and Brent and Jimmy get to all stand up there with them when they say their . . . uh . . . them things they say. I forgot what it’s called.”

Trisha leaned back against me as I chuckled. “While they say their vows,” I said, and Daisy May nodded.

“That’s it. We get to stand up there. And Jimmy gets to hand Preston the ring. The one he puts on Amanda’s finger. And I get to give Amanda the surprise . . .” Daisy’s eyes got big and she shut her mouth.

“What?” Trisha asked before I could.

Daisy May shook her head and grinned, then twisted an imaginary lock on her lips and tossed away an equally imaginary key.

Apparently, Preston had some kind of secret only Daisy May knew about.

“Well, now I’m even more anxious for the wedding,” Trisha said as she sank farther into me. My arms were wrapped around her waist, and I was beginning to think about where I’d like to move my hands. My wife was smoking hot. She always had been. It never got old seeing her in a pair of tiny shorts and a tank top. This body could stop traffic.

Our fifth wedding anniversary was coming up in four months. I had already prepared Preston that I’d need his help. I intended to take her somewhere special. We’d never had a real wedding. We couldn’t afford one. But I had been desperate to make her mine. Back then I kept thinking she’d figure out she could do better and leave me. When I had convinced her to go to the courthouse and become mine forever, I hadn’t thought about the fairy-tale wedding she deserved. I had just wanted Trisha.

It was time my woman had the fairy-tale wedding she deserved right before we went on the honeymoon we’d never gotten.

The first time I’d seen her, she had taken my breath away. Getting her attention had been one hell of a ride. She’d been so determined to stay away from me. Or any man. Then I’d found out why . . . and I’d sworn to myself she’d never have to live in fear again.

Falling in love with Trisha had changed my life. My friends and family had said I was an idiot. I was throwing away my future. Butch Taylor, my father, had never been a big part of my life until I had become a high school football star. For once I had a parent who gave a shit about me. It had been something I’d craved since I was a kid. Making him proud and proving I was worth loving had been what drove me to work harder. My dream was within my reach. I had my father cheering me on, and I would make it to college and then—I knew—I’d play pro ball.

Until my dream changed the day a pair of the prettiest blue eyes I’d ever seen stared at me across the parking lot one morning before school started. That was the first day of my sophomore year, and it would be another twelve months before I would be able to get Trisha Corbin to even speak to me.

With one look, that girl had changed my dreams.