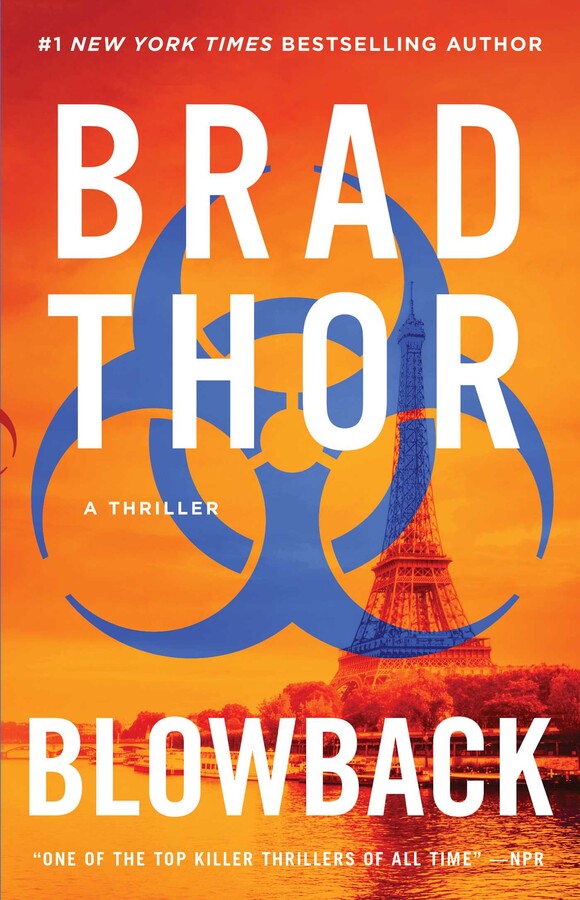 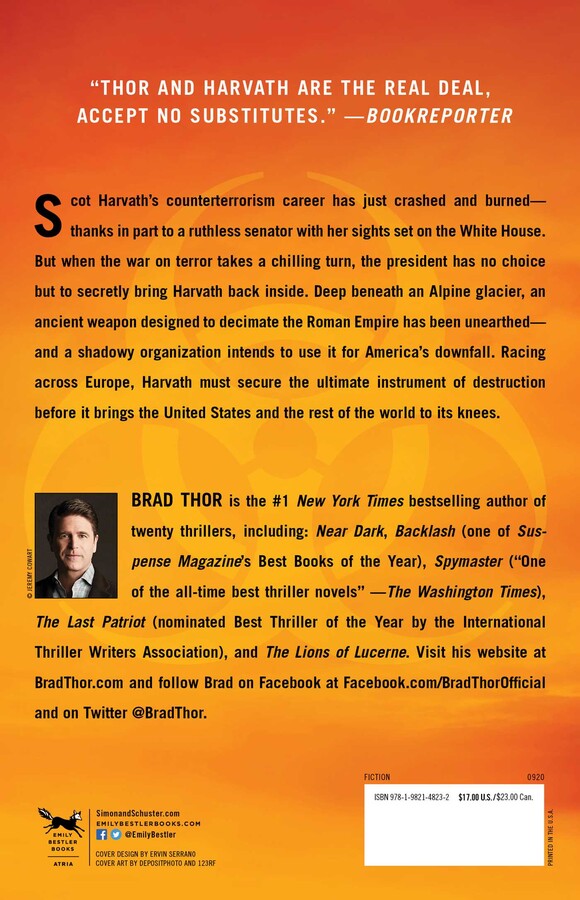 Scot Harvath’s counterterrorism career has just crashed and burned—thanks in part to a ruthless senator with her sights set on the White House. But when the war on terror takes a chilling turn, the president has no choice but to secretly bring Harvath back inside. Deep beneath an Alpine glacier, an ancient weapon designed to decimate the Roman Empire has been unearthed—and a shadowy organization intends to use it for America’s downfall. Racing across Europe, Harvath must secure the ultimate instrument of destruction before it brings the United States and the rest of the world to their knees.

The narrow streets of the old city contained one of the worst slums in the world. Filth, squalor, and despair were daily accompaniments to the lives of Pakistan’s lowest of citizens—the poverty-stricken Punjabi Muslims. Smaller and darker-skinned than the rest of Lahore’s populace, the most fortunate among them were doomed to lives of mind-numbing menial labor, while the balance found themselves sucked up into the ranks of street urchins, beggars, and homeless. Their plight was one of subcontinental Islam’s dirty little secrets, and it turned the stomach of the man sitting in the stolen Toyota Corolla outside the tomb of Muhammad Iqbal, poet and ideological godfather of modern Pakistan.

A devout Muslim, the man was humiliated to see how the promise of Muslim brotherhood had been denied the Punjabis. Pakistan was a hypocritical tangle of class divisions, and nowhere was that more evident than in the role of women. Beyond the fortunate women of the privileged classes who participated in think tanks, ran charity organizations, wrote novels and plays, and even occupied a handful of token positions in General Musharraf’s cabinet, were those who suffered the daily horrors of domestic abuse, gang rape and murder at the hands of small-minded men professing their love of Allah and their devotion to the Muslim faith. Many, many times the man wished his employer’s ultimate target was Pakistan, but it wasn’t. As horrible as this country was, there was another that was much more evil and in much greater need of an all-powerful, cleansing blow.

His target emerged from the building across the street right on time. Every Wednesday like clockwork, the diminutive professor from Pakistan’s oldest and largest university—the University of the Punjab—visited the old city for lunch. He was a man of strict routine and consistency—traits that had served him extremely well as a scientist, but which were about to lead to his undoing. As the professor unchained his small motorbike and pulled into traffic, the assassin set down the newspaper he had been pretending to read and started the car.

Two blocks before the university, the professor was still oblivious to the stolen Corolla following him. That was about to change. Approaching a busy intersection just before the campus, the professor watched in his mirror as a blue Toyota sped up as if to pass and then suddenly came swerving back hard to the right.

Bystanders screamed in horror as they watched the helmetless professor slammed to the pavement and then dragged beneath the Corolla for over half a block before the undercarriage of the speeding car spat his mangled, lifeless body into the street.

A mile and a half from the Lahore International Airport, the assassin abandoned the stolen car and covered the rest of the distance on foot. Once he was safely ensconced in the first-class cabin of his international flight, he pulled a weathered Koran from his breast pocket. After repeating several whispered supplications, the assassin turned to the back of the book and removed a coded list of names, hidden beneath the tattered cover. With the scientist from the University of the Punjab taken care of, there were only two more to go.

Brad Thor is the #1 New York Times bestselling author of twenty-two thrillers, including Black Ice, Near Dark (one of Suspense Magazine’s Best Books of the Year), Backlash (nominated for the Barry Award for Best Thriller of the Year), Spymaster (“One of the all-time best thriller novels” —The Washington Times), The Last Patriot (nominated Best Thriller of the Year by the International Thriller Writers association), and Blowback (one of the “Top 100 Killer Thrillers of All Time” —NPR). Visit his website at BradThor.com and follow him on Facebook at Facebook.com/BradThorOfficial and on Twitter @BradThor.