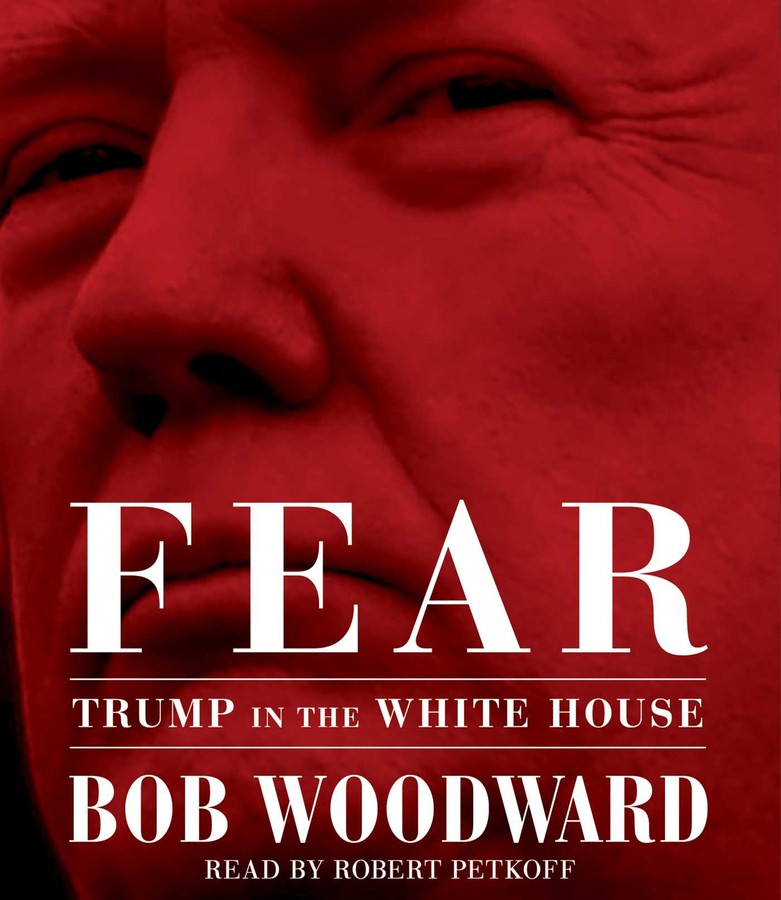 THE INSIDE STORY ON PRESIDENT TRUMP, AS ONLY BOB WOODWARD CAN TELL IT

Fear is the most intimate portrait of a sitting president ever published during the president’s first years in office. The focus is on the explosive debates and the decision-making in the Oval Office, the Situation Room, Air Force One and the White House residence.

Fear presents vivid details of the negotiations between Trump’s attorneys and Robert Mueller, the special counsel in the Russia investigation, laying out for the first time the meeting-by-meeting discussions and strategies. It discloses how senior Trump White House officials joined together to steal draft orders from the president’s Oval Office desk so he would not issue directives that would jeopardize top secret intelligence operations.

“It was no less than an administrative coup d’état,” Woodward writes, “a nervous breakdown of the executive power of the most powerful county in the world.”

Bob Woodward is an associate editor at The Washington Post, where he has worked for forty-seven years. He has shared in two Pulitzer Prizes, first for the Post’s coverage of the Watergate scandal with Carl Bernstein, and second in 2003 as the lead reporter for coverage of the 9/11 terrorist attacks. He has authored or coauthored eighteen books, all of which have been national nonfiction bestsellers. Twelve of those have been #1 national bestsellers.

"With the steely, measured delivery of a seasoned newscaster, Robert Petkoff narrates an audiobook that truly lives up to its title. As he has done for decades since breaking the Watergate scandal, reporter Bob Woodward dissects the White House, in this case since the election of Donald Trump. The results are frightening. Using hundreds of hours of interviews with White House sources, notes from meetings, journals, and other available information, Woodward describes Trump as a man who refuses to read research before making major decisions and ignores and belittles the advice of experts, instead running the Oval Office on instinct and rash decisions. Woodward and Petkoff humanize other key members of the White House including embittered Chief of Staff John Kelly, erratic former Chief of Staff Steve Bannon, occasional voice of reason Ivanka Trump, and a host of others. It's a fascinating, often horrifying work of journalism."

SEE ALL
See more by Robert Petkoff
Thank you for signing up, fellow book lover!