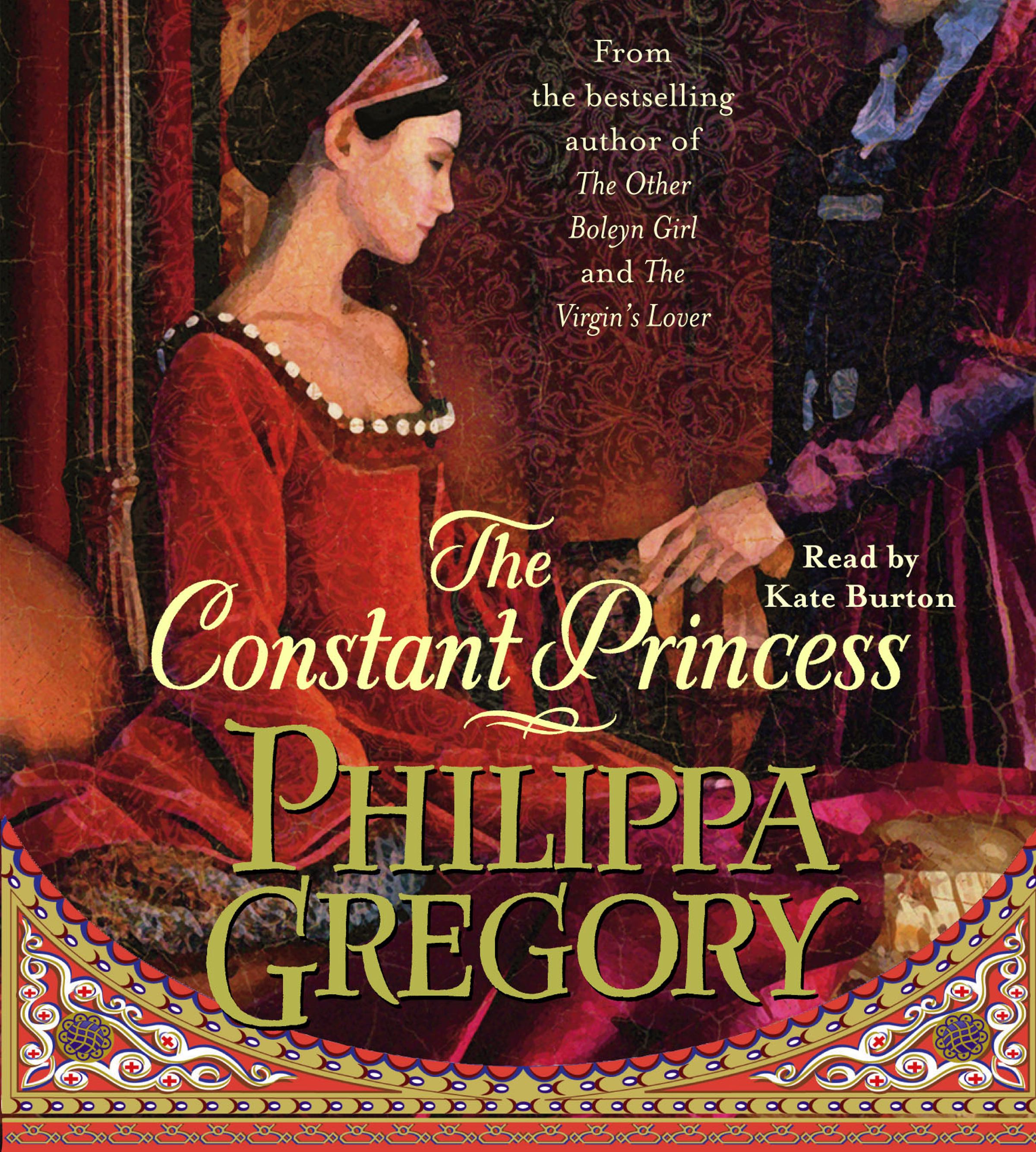 Daughter of Queen Isabella and King Ferdinand of Spain, Katherine has been fated her whole life to marry Prince Arthur of England. When they meet and are married, the match becomes as passionate as it is politically expedient. The young lovers revel in each other’s company and plan the England they will make together. But tragically, aged only fifteen, Arthur falls ill and extracts from his sixteen-year-old bride a deathbed promise to marry his brother, Henry; become Queen; and fulfill their dreams and her destiny.

Widowed and alone in the avaricious world of the Tudor court, Katherine has to sidestep her father-in-law’s desire for her and convince him, and an incredulous Europe, that her marriage to Arthur was never consummated, that there is no obstacle to marriage with Henry. For seven years, she endures the treachery of spies, the humiliation of poverty, and intense loneliness and despair while she waits for the inevitable moment when she will step into the role she has prepared for all her life. Then, like her warrior mother, Katherine must take to the battlefield and save England when its old enemies the Scots come over the border and there is no one to stand against them but the new Queen.

Introduction
Katherine of Aragon (also known as Catalina) has known her destiny since childhood: to wed Prince Arthur of England. The daughter of Queen Isabella and King Ferdinand of Spain, 16-year-old Katherine leaves behind her beloved home to forge a new life in a foreign land and take her place as Princess of Wales and, ultimately, Queen of England.
To Katherine's surprise, her marriage to Arthur is a passionate love match as well as a political union. As the Prince and Princess of Wales, they eagerly plan for their future reign -- until tragedy strikes five months into their marriage. Arthur falls ill, and before he dies the young prince extracts a vow from his wife. She is to marry his brother, Harry, and become Queen of England. She is to rule England in Arthur's stead, fulfilling their dreams and her destiny. But to take the throne, Katherine must deny her true love and tell the world that she and Arthur never consummated their marriage.
The Constant Princess is the story of a young girl who was raised to be a queen, the lengths to which she goes to fulfill a deathbed promise, and the crucial lie that changed the course of history.

Questions & Topics for Discussion
1. The novel opens in Granada, Spain, as five-year-old Catalina witnesses her parents, Isabella and Ferdinand, conquer the last stronghold of the Moors in Spain. What does this chapter reveal about Catalina, as well as about her mother and their relationship? In what ways did having this portrait of Catalina as a child help you better understand some of her later decisions and motivations?

2. "I did not expect [Arthur] to be so handsome! He is so fair and slight, he is like a page boy from one of the old romances" (34). Why does Catalina's romantic view of Arthur disintegrate after their wedding? How does their journey to Ludlow Castle -- and their first evening there when Catalina acquaints Arthur with some of the customs of her homeland -- become the turning point in their relationship?

3. On his deathbed, Arthur asks Catalina to marry his brother and rule England in his place. What prompts Arthur to ask this of Catalina? Does Catalina promise Arthur for his sake or for her own? How does she justify telling the lie that makes it possible for her to wed Harry?

4. After Arthur's death, Lady Margaret Pole suggests that perhaps God wills that Catalina accept her fate as Dowager Princess. "He does not," Catalina responds. "I shall insist on what is mine. I know what is my duty and what I have to do" (164). Why is Catalina so certain that it's God's will she become Queen of England? Is this conviction a result of her faith, her upbringing, or something else?

5. How is Catalina used as a political pawn by her parents? What is your opinion of Isabella of Spain, both as a monarch and as a mother? How about King Ferdinand?

6. While at Ludlow Castle, Arthur and Catalina make plans for their future reign as king and queen of England. "You are a tactician," Arthur tells Catalina during one of their conversations. "I wish to God I had your childhood and knew the things you know" (129). What tactics did Catalina learn as the child of two powerful monarchs? How does she put these skills to use in her rise to the throne?

7. When it's realized that Catalina is not pregnant with Arthur's child, her mother sends an emissary to escort her home to Spain. Why does Catalina, who was raised knowing it's a princess's duty to obey her parents, defy her mother and remain in England? Why is it so important to her that she not return to Spain? Are her reasons more political or personal?

8. Why does Catalina first accept King Henry VII's marriage proposal and then refuse him? The king vows that Catalina "will regret the day she tried to lead me on as if I were a lovesick boy" (230) and exacts revenge by a false betrothal to Harry. When does Catalina realize that she is being used as a pawn in the king's scheme? Does she have any recourse other than to remain a "constant princess" for six years?

9. On his deathbed, King Henry tells Harry that the young man is free to marry whomever he chooses. Why does Harry decide to honor his betrothal and marry Catalina? What actions does Catalina take to make Harry want to marry her? What is the significance of Catalina changing her name to Katherine when she becomes queen?

11. On two occasions Katherine consults in secret with Yusuf, a Moorish physician. What does she come to realize about Yusuf during their clandestine meetings? How about the Moors in general and her mother's treatment of them in Spain? How does this realization impact her later decision not to lay waste to Scottish lands after she defeats them in battle?

12. Describe Katherine and Henry's marriage. How is the age difference (Henry is six years Katherine's junior) a factor? How does Katherine's first confinement -- for what turns out to be a false pregnancy -- change their relationship and her standing in the court?

13. "I have no tears for the husband who is going away because he has left me with everything that I have ever wanted (374)," Katherine says when Henry sets sail to face combat in France. In what ways is this a triumphal moment for Katherine? Later, on the brink of going to war with Scotland, why does Katherine refer to the impending battle as "the moment of my destiny" (375)?

14. Sixteen years after her historic victory over the Scots, Katherine is summoned to face another battle -- a fight against the dissolution of her marriage during a papal legate sitting. Why, even under this intense scrutiny, does Katherine remain steadfast in her lie that she was a virgin when she married Henry? What final impression does this scene give you of Katherine of Aragon?

1. When King Henry VIII defeated Richard III on the battlefield at Bosworth, a succession of Tudor monarchs then ruled England. Aside from Henry VIII, they included Mary I (Katherine of Aragon's daughter) and Elizabeth I (Anne Boleyn's daughter). Find out more about the royal Tudors at www.tudorhistory.org.

2. The Alhambra Palace, Katherine of Aragon's home before journeying to England, is in Granada, a city located at the foothills of the Sierra Nevada Mountains in southern Spain. Learn more about the town and the palace at www.andalucia.com/cities/granada and www.alhambradegranada.org.

3. In The Constant Princess, on the evening of their arrival at Ludlow Castle, Katherine shares with Arthur some of the traditions and customs of her homeland, one of which is serving tapas, small portions of food on individual plates. More than 70 tapas recipes can be found at www.tienda.com/recipes/recipes.html, along with ideas for main courses, soups, salads, and desserts. Recipes for various kinds of sangria, a Spanish punch, can be found at www.spain-recipes.com/sangriarecipe.html.

Kate Burton appeared as the title character in The Constant Wife for the Roundabout Theatre. Her Broadway credits include starring roles in Hedda Gabler (title role, Tony nominated), The Elephant Man (Tony nominated), and The Beauty Queen of Leenane. Her film and TV roles include Celebrity, The Ice Storm, Swimfan, Grey's Anatomy and Rescue Me.

"Philippa Gregory is a mesmerizing storyteller."
-- The Sunday Telegraph (UK)

"When it comes to writers of historical fiction, Philippa Gregory is in the very top league."
-- Daily Mail (UK)