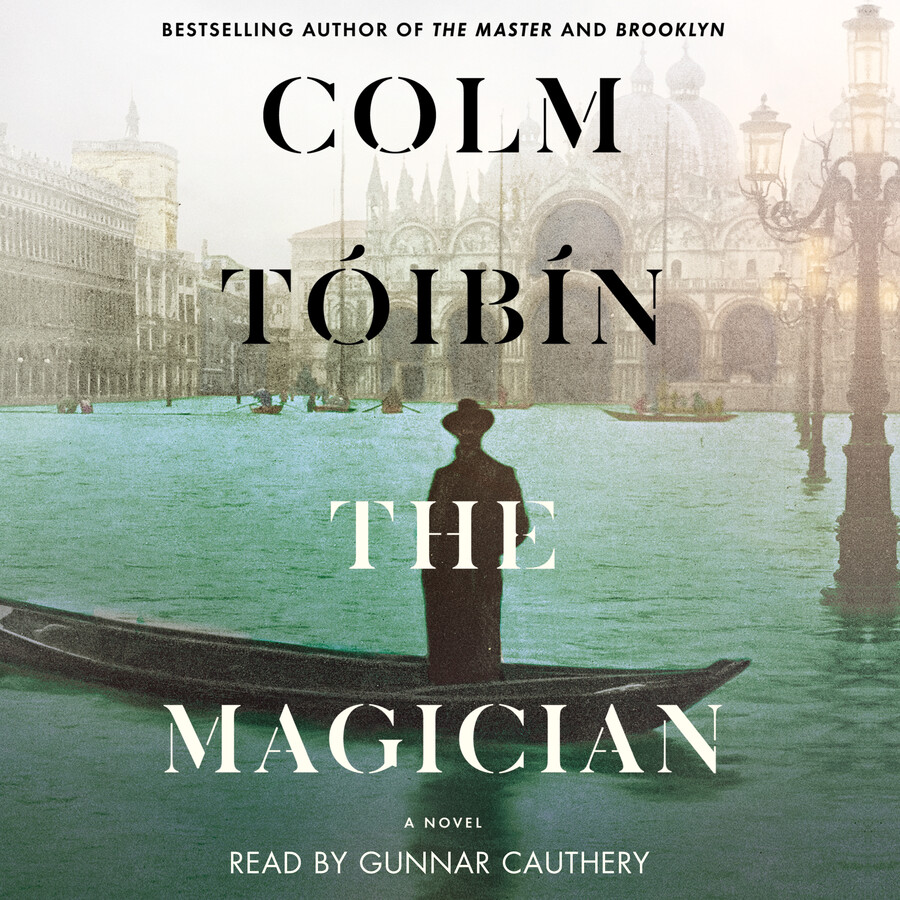 Selected as a Notable Book, a Critics' Top Book, and a Top 10 Book of Historical Fiction by The New York Times, and named a Best Book of the Year by NPR, The Washington Post, Vogue, and The Wall Street Journal

From one of today’s most brilliant and beloved novelists, a dazzling, epic family saga set across a half-century spanning World War I, the rise of Hitler, World War II, and the Cold War.

Colm Tóibín’s magnificent new novel opens in a provincial German city at the turn of the twentieth century, where the boy, Thomas Mann, grows up with a conservative father, bound by propriety, and a Brazilian mother, alluring and unpredictable. Young Mann hides his artistic aspirations from his father and his homosexual desires from everyone. He is infatuated with one of the richest, most cultured Jewish families in Munich, and marries the daughter Katia. They have six children. On a holiday in Italy, he longs for a boy he sees on a beach and writes the story Death in Venice. He is the most successful novelist of his time, winner of the Nobel Prize in literature, a public man whose private life remains secret. He is expected to lead the condemnation of Hitler, whom he underestimates. His oldest daughter and son, leaders of Bohemianism and of the anti-Nazi movement, share lovers. He flees Germany for Switzerland, France and, ultimately, America, living first in Princeton and then in Los Angeles.

In a stunning marriage of research and imagination, Tóibín explores the heart and mind of a writer whose gift is unparalleled and whose life is driven by a need to belong and the anguish of illicit desire. The Magician is an intimate, astonishingly complex portrait of Mann, his magnificent and complex wife Katia, and the times in which they lived—the first world war, the rise of Hitler, World War II, the Cold War, and exile. This is a man and a family fiercely engaged by the world, profoundly flawed, and unforgettable. As People magazine said about The Master, “It’s a delicate, mysterious process, this act of creation, fraught with psychological tension, and Tóibín captures it beautifully.”

By clicking 'Sign me up' I acknowledge that I have read and agree to the privacy policy and terms of use.
This reading group guide for The Magician includes an introduction, discussion questions, and ideas for enhancing your book club. The suggested questions are intended to help your reading group find new and interesting angles and topics for your discussion. We hope that these ideas will enrich your conversation and increase your enjoyment of the book.

It’s the turn of the twentieth century in Lübeck, a small city in Germany, and young Thomas Mann grows up with a conservative German father and a Brazilian mother who challenges the propriety of the people around her. In this deeply researched and spectacularly imagined novel, Tóibín sets the scene for the life of the novelist Thomas Mann, as he marries a young woman from one of the richest, most cultured Jewish families in Munich and fathers six children. Mann struggles with his sexuality, becomes a prolific novelist and then is immersed in the complex and devastating politics of the two world wars.

He is the most successful novelist of his time, winner of the Nobel Prize in Literature, a public man whose private life remains secret. In 1933, he flees Germany for Switzerland, France and, ultimately, America, while his brother and several of his children are leaders of the anti-Nazi movement. The Magician is an intimate portrait of Mann, his magnificent wife, Katia, and the times in which they lived—the First World War, the rise of Hitler, World War II, the Cold War and exile. This is a man and a family fiercely engaged by the world, profoundly flawed and unforgettable.

1. From an early age, Thomas is very much in the public eye of Lübeck. How do you think this affects his emotional development?

2. On page 23, Thomas reflects “No matter where he went, he would never be important again.” What do you make of that amount of self-awareness from one so young?

3. On page 72, Thomas meets Klaus and Katia for the first time. How is their relationship as siblings different from the relationships that Thomas has with his? And what draws him to them?

4. Almost immediately after his sudden intimacy with Herr Huhnemann (pg. 75), Thomas decides to propose to Katia. Why do you think he made this decision?

5. On page 107, Mann reflects that he “realized that after his sister’s death he had busied himself with writing. Sometimes he even managed to believe that her suicide had not even happened.” What do you make of this detachment from grieving? How is it similar to (or different from) the way Thomas handled the death of his father?

6. On page 177, Katharina Schweighardt, the landlady who cares for Julia Mann, says, “No one who has been used to money can live with that. That is how the world is.” How do you see this reflected in other members of the Mann family?

7. Tóibín describes a profound union between Katia and Thomas. They have an unspoken agreement about his sexuality and how it plays out in their marriage. Why do you think Katia accepts this this arrangement? How do you read her wants and desires as a character?

8. On pages 209–10, Thomas reflects that “His two eldest children, he understood, could not be damaged as he could be. Their standing in the world depended on their open dismissal of easy sexual categories. Any effort to undermine their reputation would be banished by their own careless laughter and that of their friends. But no one would be amused if sections of his diary were to be published.” Discuss why Thomas is afraid. What do you make of Thomas’s sexualization of younger boys (including his own son)?

9. Throughout the beginning of Hitler’s rise to power, Thomas struggles with his place in the public eye. What are his reasons for not immediately denouncing Hitler, and do you think they are selfish? Misguided? Why or why not?

10. On page 276, Thomas says in reference to his writing, “I can make no sense of the present. It is all confusion. I know nothing about the future.” How do you think this applies to his approach to life in general, and specifically to his writing up to this point in the novel?

11. The chapter on page 445 opens with the statement: “The war was over; Thomas had not experienced it. He did not know what its aftermath meant.” As Thomas experiences Germany after the war, how does this play out?

12. After Thomas refuses to attend Klaus’s funeral, he receives a letter from Michael, which admonishes him for not being more present to his own children, while always seeking his success as a writer first. What impact do you think this letter has on Thomas?

13. At the end of The Magician, reflect on what you think Thomas’s main motivations in life are. Could he have been successful in pursuing these without women like Katia and Erika?

14. Once you’ve finished The Magician, do some group research on the historical Thomas Mann. What aspects of the novel seem to be direct corollaries to his life, and which things may be of the author’s imagination?

The Magic Mountain by Thomas Mann

Buddenbrooks: The Decline of a Family by Thomas Mann (Tóibín recommends the translations by John E. Woods or John Edwards.)

Death in Venice by Thomas Mann

Katja Mann: A Life with Thomas Mann (via Amazon)

For a full list of additional resources, please visit colmtoibin.com. 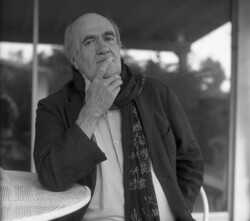 Colm Tóibín is the author of ten novels, including The Magician, his most recent novel; The Master, winner of the Los Angeles Times Book Prize; Brooklyn, winner of the Costa Book Award; The Testament of Mary; and Nora Webster, as well as two story collections and several books of criticism. He is the Irene and Sidney B. Silverman Professor of the Humanities at Columbia University. Three times shortlisted for the Booker Prize, Tóibín lives in Dublin and New York.

"Cauthery's crisp, warm voice carries listeners easily through the narrative, and his thoughtful characterizations populate the conversations with individuals, adding to the pleasures of Tóibín's writing."

SEE ALL
See more by Colm Toibin
Thank you for signing up, fellow book lover!