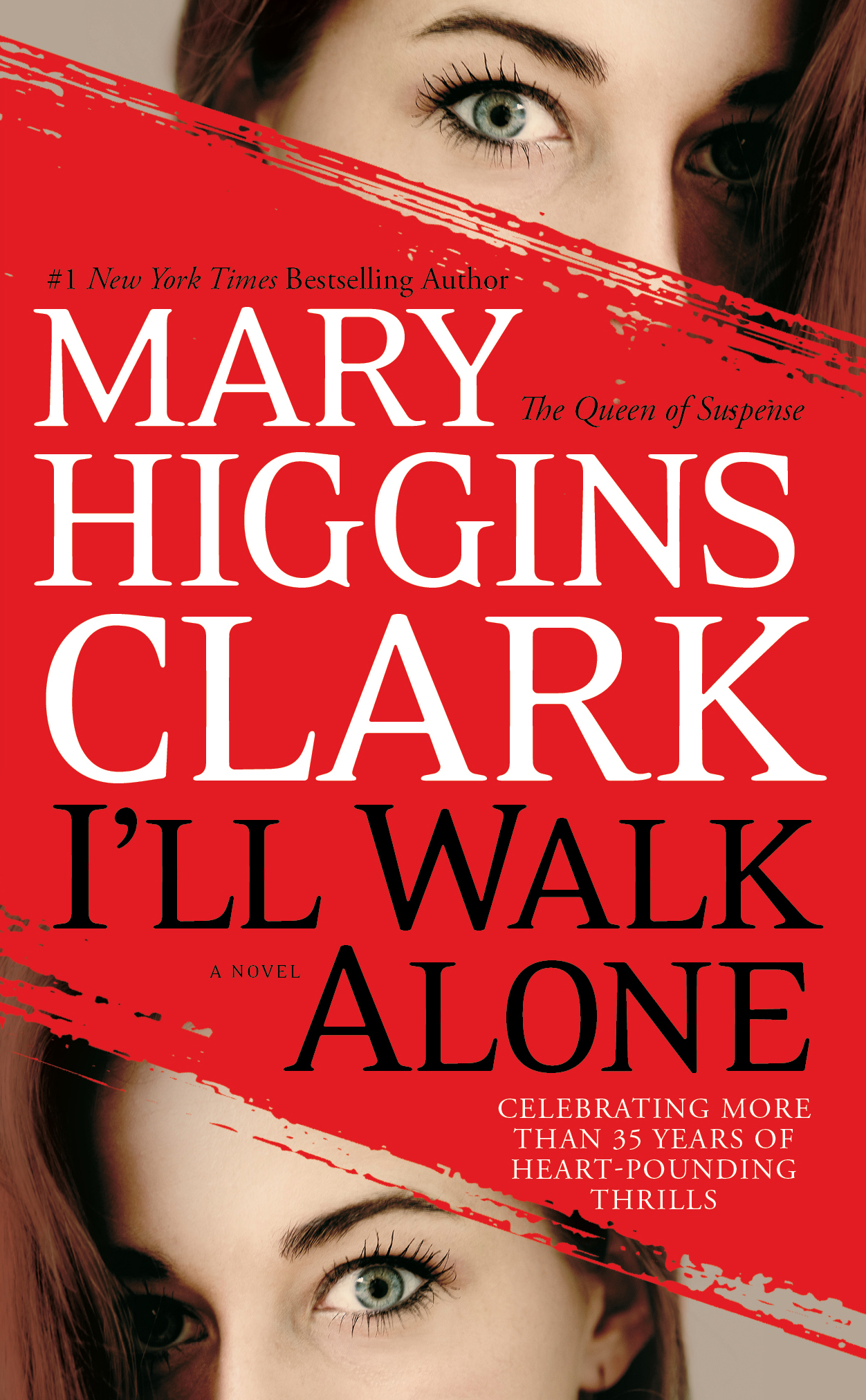 Now in mass market, Mary Higgins Clark’s thirtieth and most spine-chilling novel—“so good that it might as well have come with a soundtrack” (The Columbus Dispatch)—involves the newest and most up-to-date of crimes: identity theft.

Alexandra “Zan” Moreland, a gifted, beautiful interior designer on the verge of a successful Manhattan career, is terrified to discover that somebody is not only using her credit cards, but may also be impersonating her in a scheme that involves the much more brutal crimes of kidnapping and murder. Already haunted by the disappearance of her own son, Matthew, kidnapped in broad daylight two years ago in Central Park, Zan has been left torn between hope and despair. Now, on what would be Matthew's fifth birthday, photos surface that seem to show Zan kidnapping her own child, followed by a chain of events that suggests somebody has stolen her identity.

Hounded by the press, under investigation by the police, attacked by both her angry ex-husband and a vindictive business rival, Zan, wracked by fear and pain and sustained only by her belief that Matthew is still alive, sets out to discover who is behind this cruel hoax. What she does not realize is that with every step she takes toward the truth, she is putting herself—and those she loves most—in mortal danger from the person who has ingeniously plotted out her destruction.


Father Aiden O’Brien was hearing confessions in the lower church of St. Francis of Assisi on West Thirty-first Street in Manhattan. The seventy-eight-year-old Franciscan friar approved of the alternate way of administering the sacrament, that of having the penitent sit in the Reconciliation Room with him, rather than kneeling on the hard wood of the confessional with a screen hiding his or her identity.

The one time he felt the new way did not work was when, sitting face-to-face, he sensed that the penitents might not be able to allow themselves to say what might have been confided in darkness.

This was happening now on this chilly, windswept afternoon in March.

In the first hour he had sat in the room, only two women had shown up, regular parishioners, both in their mideighties, whose sins, if any had ever existed, were long behind them. Today one of them had confessed that when she was eight years old she remembered telling a lie to her mother. She had eaten two cupcakes and blamed her brother for the missing one.

As Fr. Aiden was praying his rosary until he was scheduled to leave the room, the door opened and a slender woman who looked to be in her early thirties came in. Her expression tentative, she moved slowly toward the chair facing him and hesitantly sat down on it. Her auburn hair was loose on her shoulders. Her fur-collared suit was clearly expensive, as were her high-heeled leather boots. Her only jewelry was silver earrings.

His expression serene, Fr. Aiden waited. Then when the young woman did not speak, he asked encouragingly, “How can I help you?”

“I don’t know how to begin.” The woman’s voice was low and pleasant, with no hint of a geographical accent.

“There’s nothing you can tell me that I haven’t already heard,” Fr. Aiden said mildly.

“I . . .” The woman paused, then the words came rushing out. “I know about a murder that someone is planning to commit and I can’t stop it.”

Her expression horrified, she clasped her hand over her mouth and abruptly stood up. “I should never have come here,” she whispered. Then, her voice trembling with emotion, she said, “Bless me, Father, for I have sinned. I confess that I am an accessory to a crime that is ongoing and to a murder that is going to happen very soon. You’ll probably read about it in the headlines. I don’t want to be part of it, but it’s too late to stop.”

She turned and in five steps had her hand on the door.

“Wait,” Fr. Aiden called, trying to struggle to his feet. “Talk to me. I can help you.”

But she was gone.

Was the woman psychotic? Fr. Aiden wondered. Could she possibly have meant what she said? And if so, what could he do about it?

If she was telling the truth, I can do nothing about it, he thought, as he sank back into the chair. I don’t know who she is or where she lives. I can only pray that she is irrational and that this scenario is some kind of fantasy. But if she is not irrational, she is shrewd enough to know that I am bound by the seal of the confessional. At some point she may have been a practicing Catholic. The words she used, “Bless me, Father, for I have sinned,” was the way a penitent used to begin to confess.

For long minutes he sat alone. When the woman exited, the green light over the Reconciliation Room door had automatically gone on, which meant that anyone waiting outside would have been free to enter. He found himself praying fervently that the young woman might return, but she did not.

He was supposed to leave the room at six o’clock. But it was twenty minutes after six when he gave up hope that she might come back. Finally, aware of the weight of his years and the spiritual burden of his role as confessor, Fr. Aiden placed both hands on the arms of his chair and got up slowly, wincing at the sharp thrust of pain in his arthritic knees. Shaking his head, he began to walk to the door but stopped for a moment in front of the chair where the young woman had been sitting.

She wasn’t crazy, he thought sadly. I can only pray that if she really has knowledge that the crime of a murder is about to be committed, she does what her conscience is telling her to do. She must prevent it.

He opened the door and saw two people lighting candles in front of the statue of St. Jude in the atrium of the church. A man was kneeling on the prie-dieu in front of the Shrine of St. Anthony, his face buried in his hands. Fr. Aiden hesitated, wondering if he should ask the visitor if he wanted to go to confession. Then he reflected that the posted hours for hearing confessions had been over for nearly half an hour. Maybe this visitor was begging for a favor or giving thanks for receiving one. The Shrine of St. Anthony was a favorite stop for many of their visitors.

Fr. Aiden walked across the atrium to the door that led to the passage to the Friary. He did not feel the intense gaze of the man who was no longer deep in prayer but had turned, pushed up his dark glasses, and was studying him intently, taking note of his rim of white hair and slow gait.

She was only in there less than a minute, the observer thought. How much did she tell that old priest? he wondered. Can I afford to take the chance that she didn’t spill her guts to him? The man could hear the outer doors of the church being opened and the sound of approaching steps. Quickly he replaced his sunglasses and pulled up the collar of his trench coat. He had already copied Fr. Aiden’s name from the door.

“What do I do about you, Fr. O’Brien?” he asked himself angrily, as he brushed past the dozen or so visitors entering the church.

For the moment he had no answer.

What he did not realize was that he, the observer, was being observed. Sixty-six-year-old Alvirah Meehan, the cleaning woman turned columnist and celebrity author who had won forty million dollars in the New York Lottery, was also there. She had been shopping in Herald Square and then, before going home to Central Park South, had walked down the few blocks to the church to light a candle in front of St. Anthony’s Shrine and drop off an extra donation for the breadline because she had just received an unexpected royalty check for her memoir From Pots to Plots.

When she saw the man seemingly deep in prayer in front of the shrine, she had paid a visit to the grotto of Our Lady of Lourdes. A few minutes later, when she saw Fr. Aiden, her old friend, leave the Reconciliation Room, she had been about to run up and say a quick hello to him. Then to her astonishment, the man who had seemed so engrossed in prayer suddenly jumped up, his dark glasses raised. No mistake about it, he was watching Fr. Aiden make his way to the door of the Friary.

Alvirah dismissed any passing thought that that guy might have wanted to ask Fr. Aiden to hear his confession. He wanted to get a good look at Father, she thought, as she watched the man pull his glasses back over his eyes and turn up the collar of his coat. She had taken off her glasses so he was too far away for her to see him clearly, but from the distance she judged him to be about six feet tall. His face was in the shadows but she could see he was on the thin side. Her impression, when she had passed him at the statue, was that he had no gray in his full head of black hair. He had been covering his face with his hands.

Who knows what makes people tick, Alvirah asked herself as she watched the stranger, now moving quickly, exit by the door nearest him. But I’ll tell you this much, she thought. As soon as Fr. Aiden left the Reconciliation Room, whatever that guy had to say to St. Anthony, he wound it up fast.


“Fans will bite their nails to the quick.”
—Kirkus Reviews

“Teeming with tantalizing twists, Clark’s crackling tale of identity theft, revenge, and murder is a tempting and thought-provoking thriller.”
—Booklist

“Hang on to your hats for this latest page turner. . . . Scary.”
—Fresh Fiction

“One of Mary Higgins Clark’s most suspenseful books. Fans and newcomers alike will find themselves staying up all night to find out what happens next.”
—Bookreporter