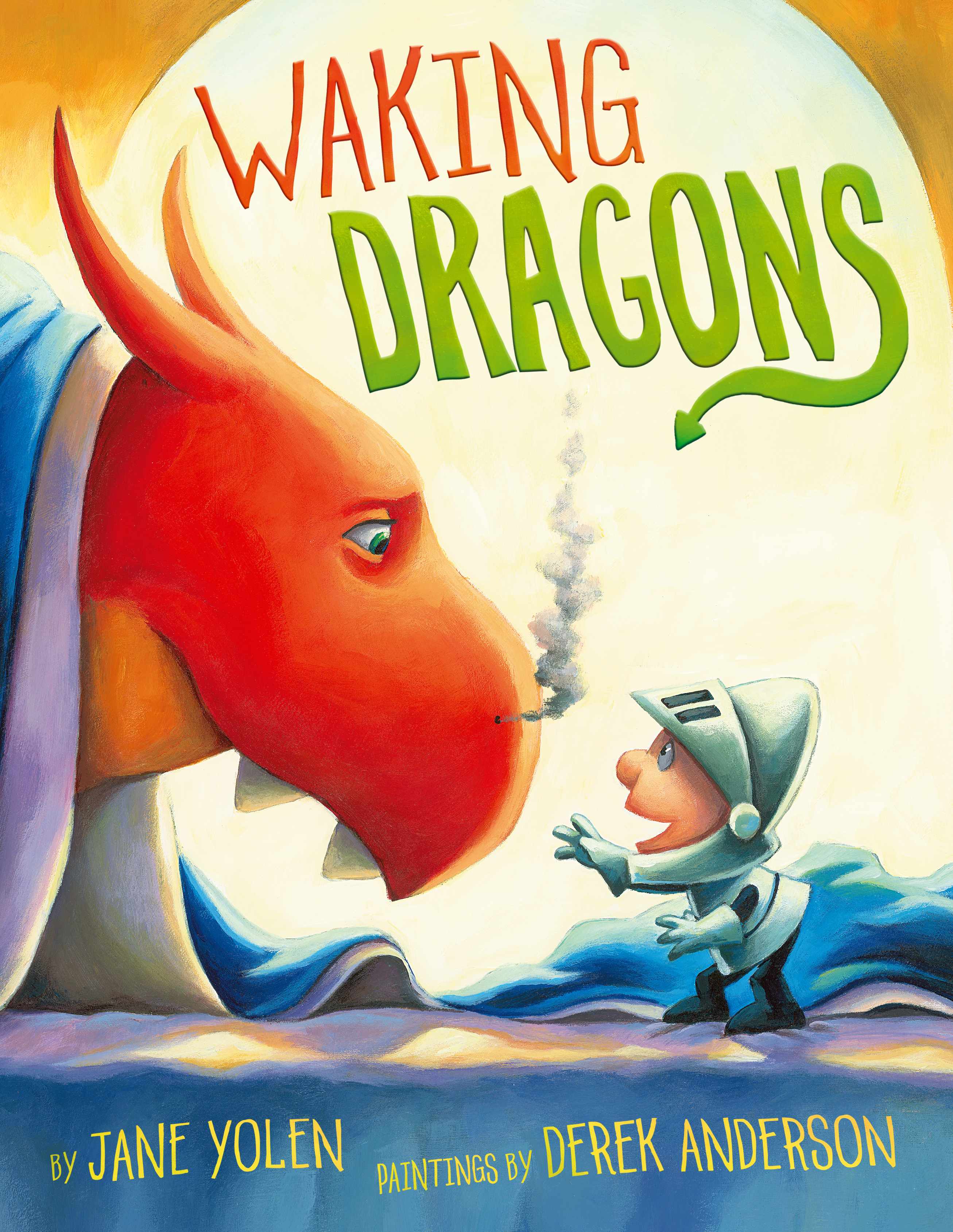 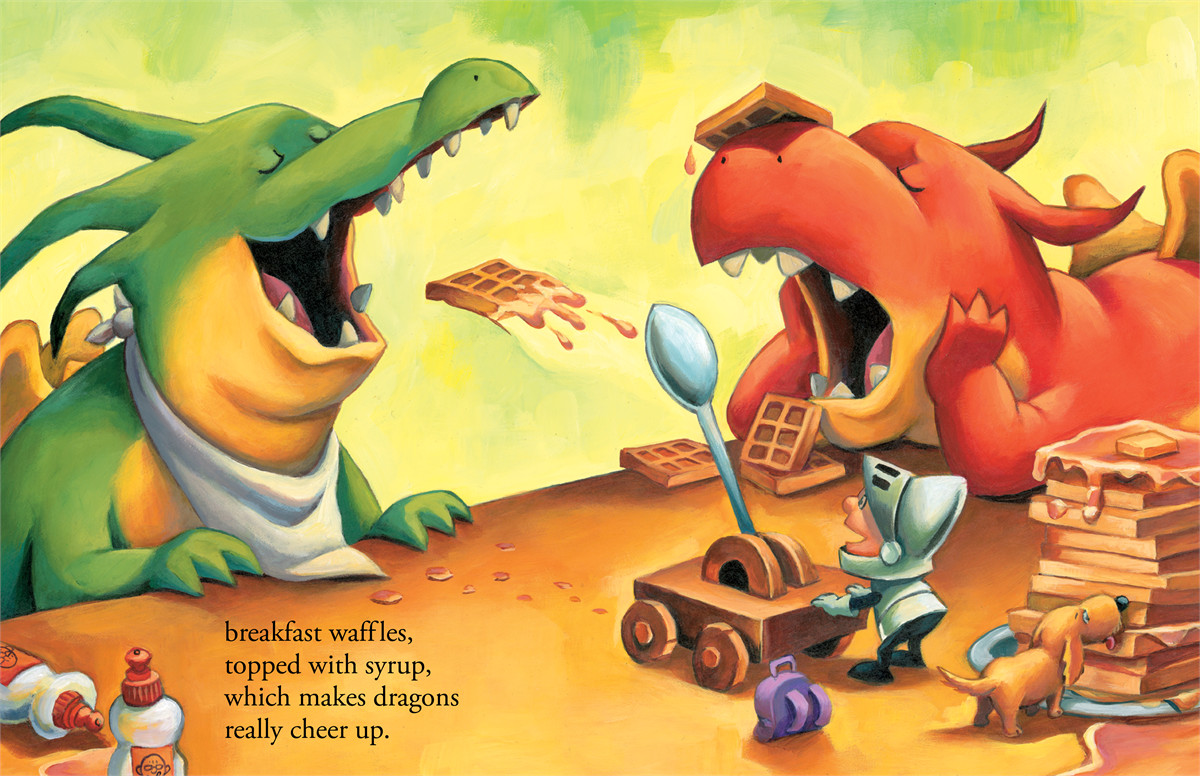 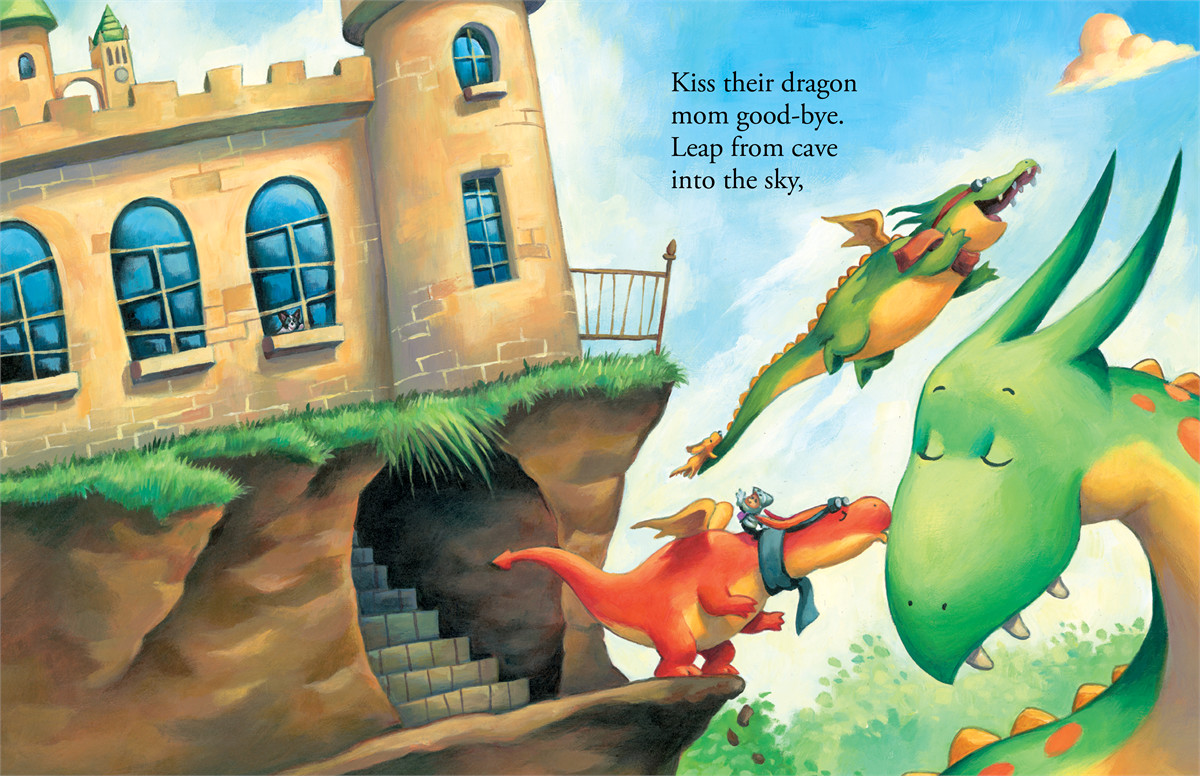 Wake up with a pair of sleepy dragons and the knight who must get them ready for school!

Dragons wake up,
Dragons rise,
Dragons open
Dragon eyes.
From tumbling out of their humongous blankets to devouring a breakfast of catapulted waffles, these characters and their loveable antics fill the pages with luminous color and dragon-size fun. A joyful collaboration between two bestselling talents, author Jane Yolen and illustrator Derek Anderson, this book will make any young reader fly out of bed. 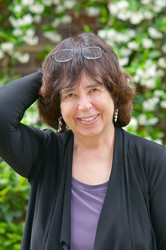 Jane Yolen is an award-winning author who has written more than 380 books for children, including the bestseller How Do Dinosaurs Say Good Night? and the 1988 Caldecott Medal winner Owl Moon. She is known for her beautiful poetry, picture books, fairy tales, novels, and nonfiction, and has even been called “the Hans Christian Andersen of America” (Newsweek). She lives in Hatfield, Massachusetts. Visit her at JaneYolen.com.

Derek Anderson is the bestselling artist and cocreator of the Little Quack series. He is also the talent behind Gladys Goes Out to Lunch and Over the River: A Turkey’s Tale. He and his wife Cheryl reside in Minneapolis, Minnesota. Visit him at DerekAnderson.net.

"Yolen…keeps the energetic beat throughout. Anderson’s bright acrylic illustrations round out the spare text with many added details and guffaws. Morning-routine stories abound, but for the very young this one bounces with exuberance."

"What a treat when Yolen employs her fantasy-writing talents for the younger set. Anderson’s familiar golden-washed cartoon paintings embellish the humor. Details like a fire extinguisher labeled 'In case of dragon breath,' as well as the dragons’ flying goggles, mean this story’s popularity will spread like fire."

SEE ALL
See more by Derek Anderson
Thank you for signing up, fellow book lover!